The digestive system is a group of organs working together to convert food into energy and basic nutrients to feed the entire body. Food passes through a long tube inside the body known as the alimentary canal or the gastrointestinal tract (GI tract). The alimentary canal is made up of the oral cavity, pharynx, esophagus, stomach, small intestines, and large intestines. In addition to the alimentary canal, there are several important accessory organs that help your body to digest food but do not have food pass through them. Accessory organs of the digestive system include the teeth, tongue, salivary glands, liver, gallbladder, and pancreas. Continue Scrolling To Read More Below... 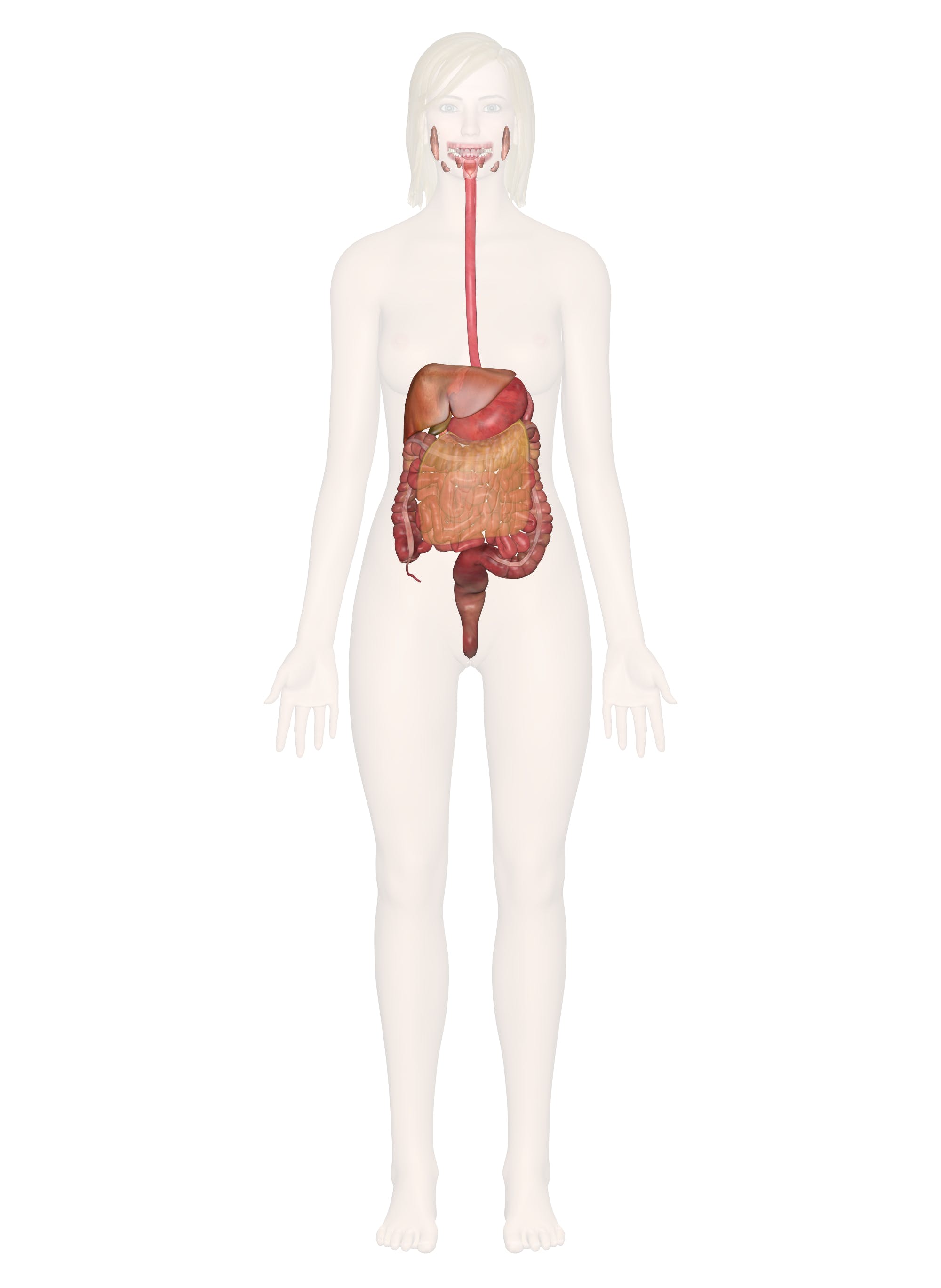 Continued From Above... To achieve the goal of providing energy and nutrients to the body, six major functions take place in the digestive system:

The liver is a roughly triangular accessory organ of the digestive system located to the right of the stomach, just inferior to the diaphragm and superior to the small intestine. The liver weighs about 3 pounds and is the second largest organ in the body.

The liver has many different functions in the body, but the main function of the liver in digestion is the production of bile and its secretion into the small intestine. The gallbladder is a small, pear-shaped organ located just posterior to the liver. The gallbladder is used to store and recycle excess bile from the small intestine so that it can be reused for the digestion of subsequent meals.