The intestines are vital organs in the gastrointestinal tract of our digestive system. Their functions are to digest food and to enable the nutrients released from that food to enter into the bloodstream. Our intestines consist of two major subdivisions: the small intestine and the large intestine. The small intestine is much smaller in diameter, but is much longer and more massive than the large intestine. Together the intestines take up most of the space within the abdominal body cavity and are folded many times over to pack their enormous length into such a small area. Continue Scrolling To Read More Below... 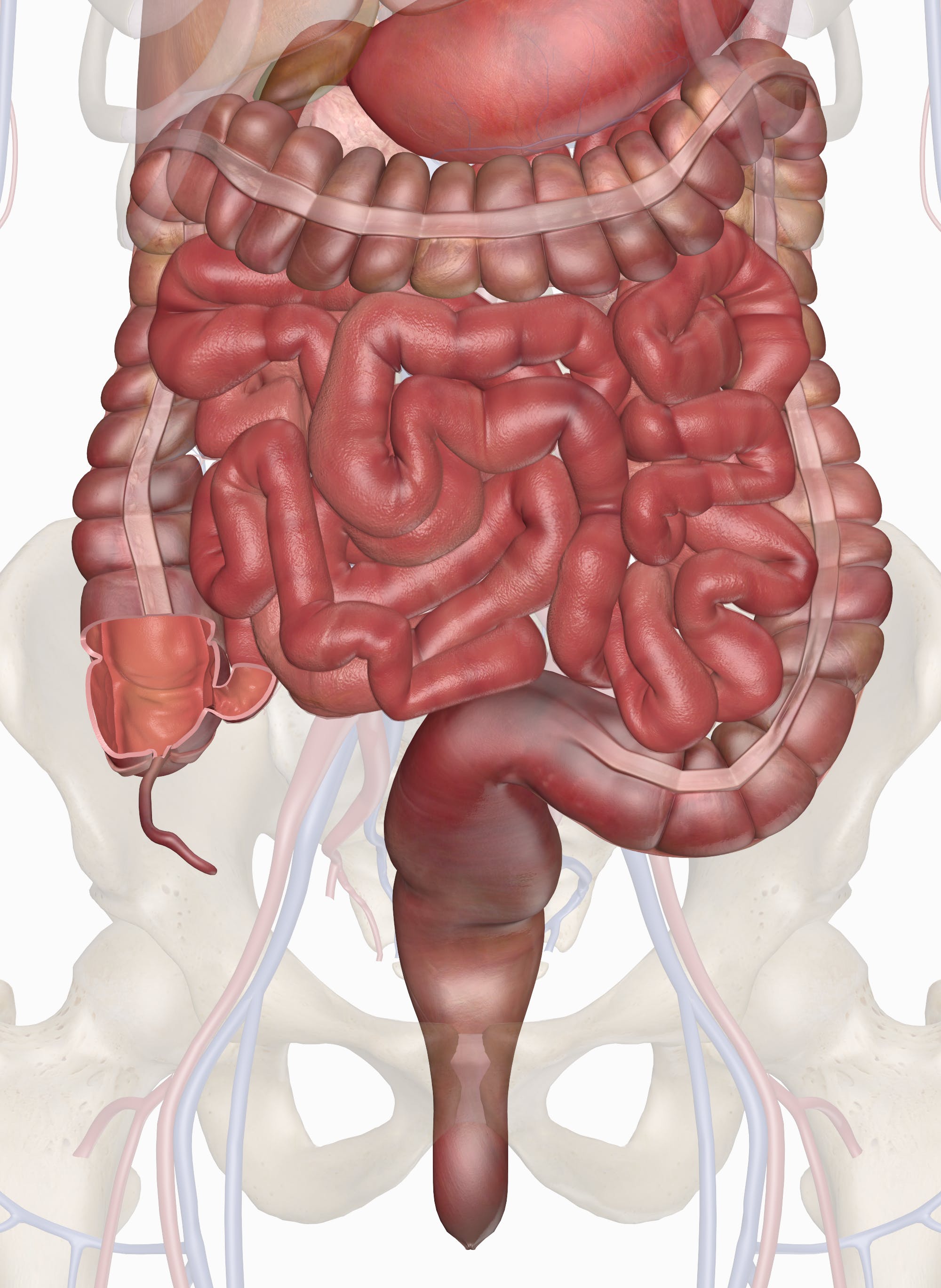 The small intestine is about 1 inch in diameter and about 10 feet long in a living body. It extends from the stomach to the large intestine and consists of 3 major regions: the duodenum, jejunum, and ileum.

Deep to the mucosa is the submucosa layer that contains many blood vessels, nerves, and connective tissues that support the mucosa.

The muscularis layer surrounds the submucosa and provides several layers of smooth muscle tissue to move the intestines. Intestinal movements such as peristalsis and segmentation help to move food through the intestine and churn the food so that it has contact with the intestinal walls.

The outermost layer of the intestines is the serosa, which is made of simple squamous epithelium. The serosa forms a smooth, slimy outer layer so that the intestines do not become inflamed from contact with other organs or muscles during digestion and movement of the body.

Various diseases can lead to problems in our intestines—from IBD and colon cancer to celiac disease. When it comes to the latter, learn how DNA health testing could reveal whether you’re genetically predisposed to this kind of gluten intolerance. For the rest, check out our digestive diseases and conditions section.