The larynx is a tough, flexible segment of the respiratory tract connecting the pharynx to the trachea in the neck. It plays a vital role in the respiratory tract by allowing air to pass through it while keeping food and drink from blocking the airway. The larynx is also the body’s “voice box” as it contains the vocal folds that produce the sounds of speech and singing.

The larynx is a short, epithelium-lined tube formed by nine pieces of cartilage and several ligaments that bind them together. Continue Scrolling To Read More Below... 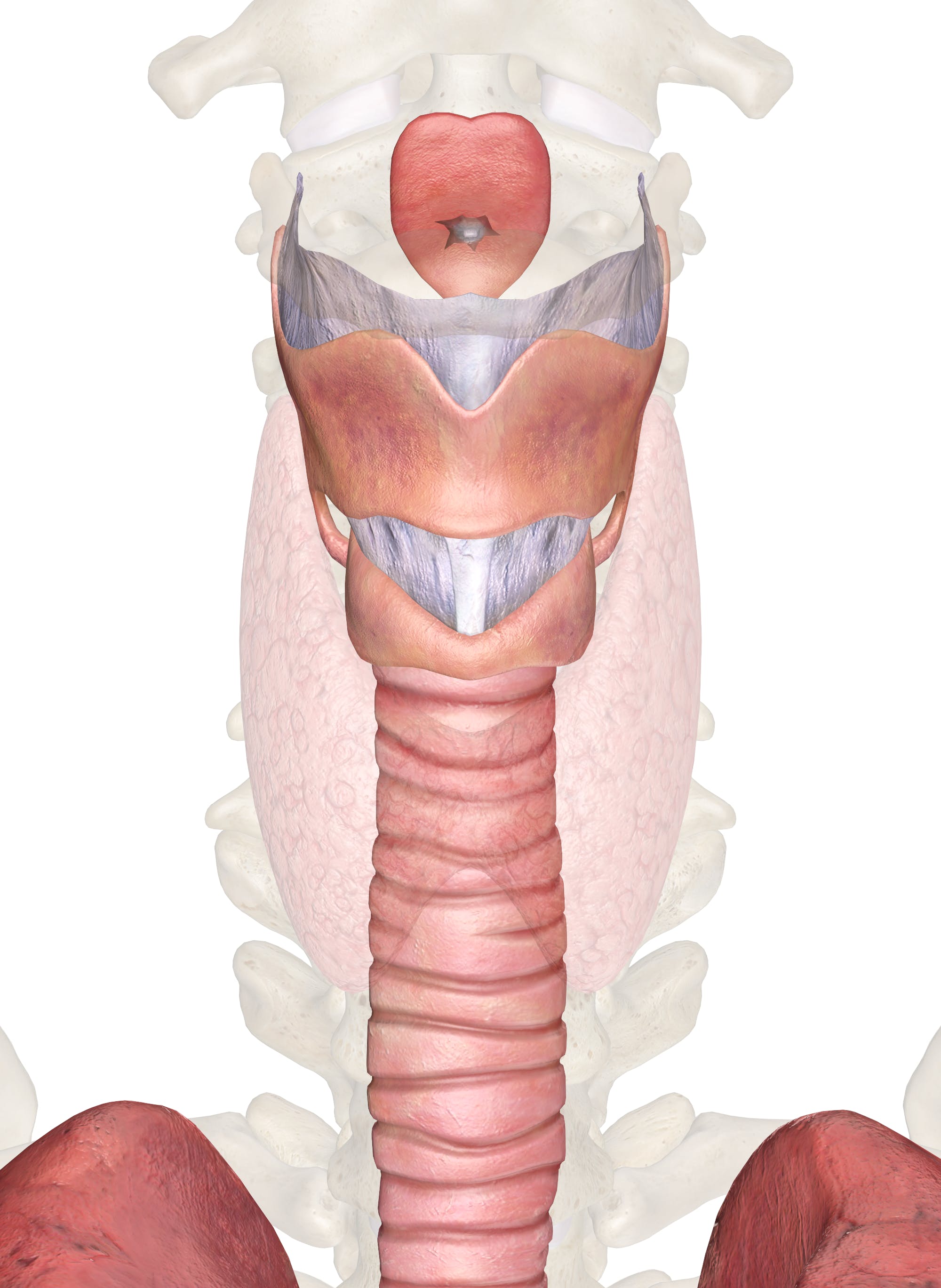 Continued From Above... It is located along the body’s midline in the neck region deep to the skin and the muscles of the neck and anterior to the esophagus and cervical vertebrae. At its superior end, it borders the hyoid bone and the laryngopharynx.

The most superior region of the larynx is the epiglottis, a leaf-shaped flap of elastic cartilage covered with epithelium. It connects to the larynx on its tapered inferior end and, except for a brief moment while swallowing, extends its wider superior end slightly into the pharynx just posterior to the tongue. During the process of swallowing, the epiglottis folds over to cover the glottis and prevents food from blocking the airway.

In the process of swallowing, the larynx plays an important role in the direction of food into the esophagus. The epiglottis normally resides in an upright position just anterior to the lumen of the larynx. In this position, it allows air to pass freely through the larynx during inhalation and exhalation. When food or liquid in the mouth is swallowed, the food pushes the epiglottis posteriorly, flipping its free edge over to cover the glottis and block the swallowed substances from entering the larynx. The food then safely passes on to the esophagus, at which point the epiglottis flips back to its resting position.

Occasionally, a person may choke when food gets past the epiglottis or sticks to a structure within the pharynx and blocks the airway. The vocal folds contract to catch the blockage before it passes into the trachea. Coughing pushes air out of the lungs to force the blockage out of the airway.