The kidneys are the waste filtering and disposal system of the body. As much as 1/3 of all blood leaving the heart passes into the kidneys to be filtered before flowing to the rest of the body’s tissues. While a person could live with only one functioning kidney, our kidneys are vital organs; the loss of both kidneys would lead to a rapid accumulation of wastes and death within a few days time. Continue Scrolling To Read More Below... 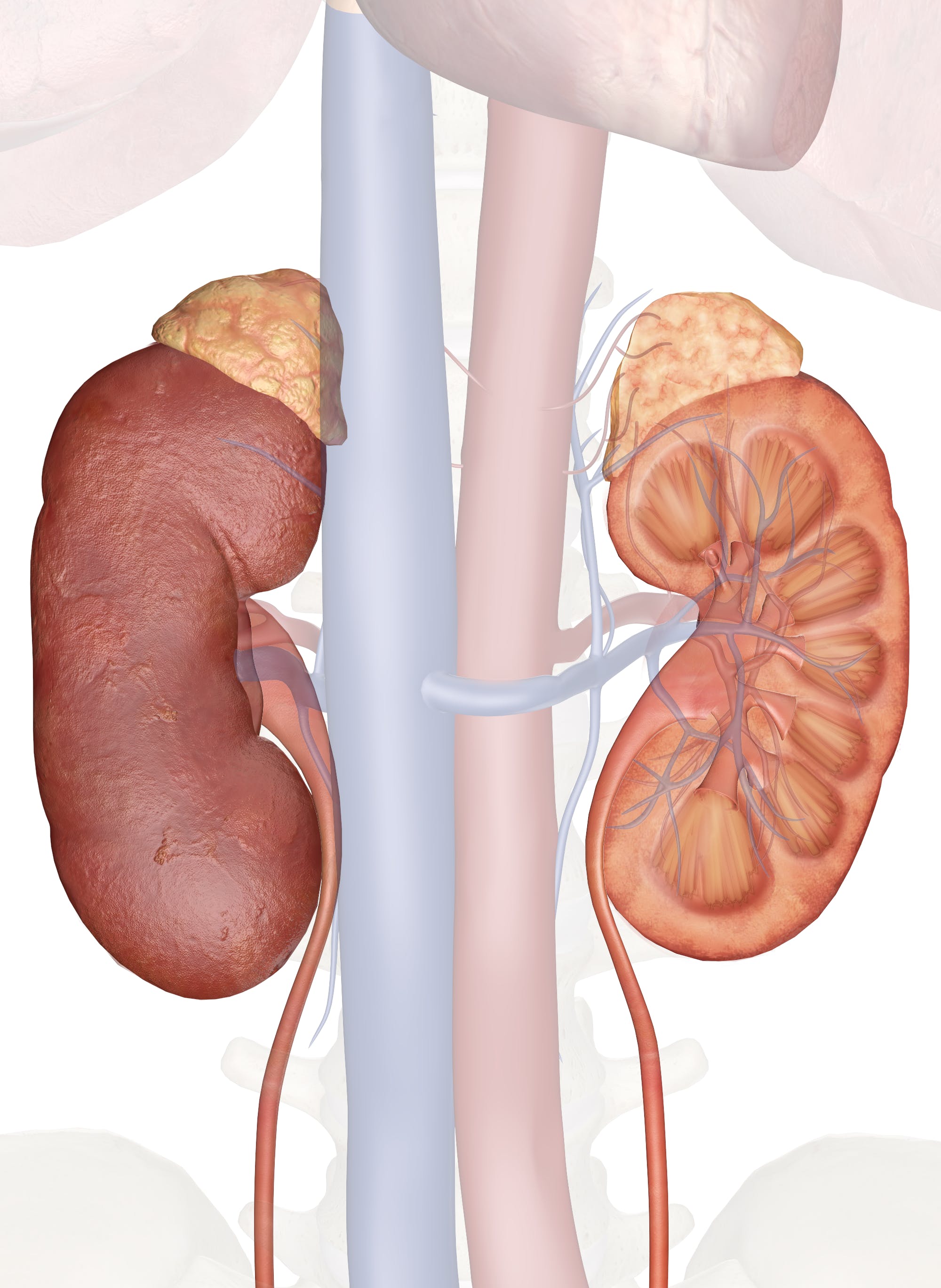 Anatomy of the Kidneys

The kidneys are a pair of organs found along the posterior muscular wall of the abdominal cavity. The left kidney is located slightly more superior than the right kidney due to the larger size of the liver on the right side of the body. Unlike the other abdominal organs, the kidneys lie behind the peritoneum that lines the abdominal cavity and are thus considered to be retroperitoneal organs. The ribs and muscles of the back protect the kidneys from external damage. Adipose tissue known as perirenal fat surrounds the kidneys and acts as protective padding.

The kidneys are bean-shaped with the convex side of each organ located laterally and the concave side medial. The indentation on the concave side of the kidney, known as the renal hilus, provides a space for the renal artery, renal vein, and ureter to enter the kidney.

A thin layer of fibrous connective tissue forms the renal capsule surrounding each kidney. The renal capsule provides a stiff outer shell to maintain the shape of the soft inner tissues.

Each kidney contains around 1 million individual nephrons, the kidneys’ microscopic functional units that filter blood to produce urine. The nephron is made of 2 main parts: the renal corpuscle and the renal tubule.

Physiology of the Kidneys

The primary function of the kidneys is the excretion of waste products resulting from protein metabolism and muscle contraction. The liver metabolizes dietary proteins to produce energy and produces toxic ammonia as a waste product. The liver is able to convert most of this ammonia into uric acid and urea, which are less toxic to the body. Meanwhile, the muscles of our body use creatine as an energy source and, in the process, produce the waste product creatinine. Ammonia, uric acid, urea, and creatinine all accumulate in the body over time and need to be removed from circulation to maintain homeostasis.

The glomerulus in the kidneys filter all four of these waste products out of the bloodstream, allowing us to excrete them out of our bodies in urine. Around 50% of the urea found in the blood is reabsorbed by the tubule cells of the nephron and returned to the blood supply. Urea in the blood helps to concentrate other more toxic waste products in urine by maintaining the osmotic balance between urine and blood in the renal medulla.

The kidneys are able to control the volume of water in the body by changing the reabsorption of water by the tubules of the nephron. Under normal conditions, the tubule cells of the nephron tubules reabsorb (via osmosis) nearly all of the water that is filtered into urine by the glomerulus.

In situations where there is too much water present in the blood, our heart secretes the hormone atrial natriuretic peptide (ANP) in order to increase the excretion of Na+ and Cl- ions. Increased concentration of Na+ and Cl- in urine draws water into the urine via osmosis, increasing the volume of urine produced.

The reabsorbed bicarbonate ions enter the bloodstream where they can neutralize hydrogen ions by forming new molecules of carbonic acid. Carbonic acid passing through the capillaries of the lungs dissociates into carbon dioxide and water, allowing us to exhale the carbon dioxide.

The kidneys maintain the homeostasis of important electrolytes by controlling their excretion into urine.

The kidneys maintain a small but important endocrine function by producing the hormones calcitriol and erythropoietin.

Several hormones produced elsewhere in the body help to control the function of the kidneys.