Every image you see is produced by millions of photoreceptors in your eye’s retina. These photoreceptors, known as rods and cones, are specialized cells sensitive to light and convert light into nerve signals. Rods allow us to see in low light situations, while cones provide us with color vision in bright light. The nerve signals produced by photoreceptors are transported to the brain, where the brain interprets these signals into what we know as our vision.

The retina is a thin sheet of nervous tissue covering the posterior half of the eye. It is surrounded by the choroid and sclera of the eye and held in place by the clear, jelly-like vitreous body that fills the eye’s interior. Within the retina are millions of photoreceptor cells, bipolar cells, and ganglion cells that work together to detect light and send visual information to the brain.

There are two types of photoreceptor cells: rods and cones. Rod cells are long, narrow cells that contain the photopigment rhodopsin. Rhodopsin is concentrated in a rod-shaped region of folded membrane discs on the exterior-facing end of the rod cells. The middle of the rod cell contains the nucleus, mitochondria, and most other organelles, while the interior end widens to form a synaptic terminal. Cone cells are shaped similarly to rod cells, but the exterior-facing end of the cell is shaped like a cone. This cone is made of cell membrane folded over itself many times and contains red, green, or blue opsin photopigment.

Rods and cones follow a common physiological pathway but produce very different results due to differences in their structures. Rods have evolved for vision in low light and are therefore very sensitive to tiny amounts of light. The discs in the rod are arranged so that a single photon of light can interact with the photopigment to produce visual stimulus. On the other hand, cone cells have folded membranes in their cones that are less sensitive to light but respond faster to changes and are more resistant to the bleaching caused by intense light. 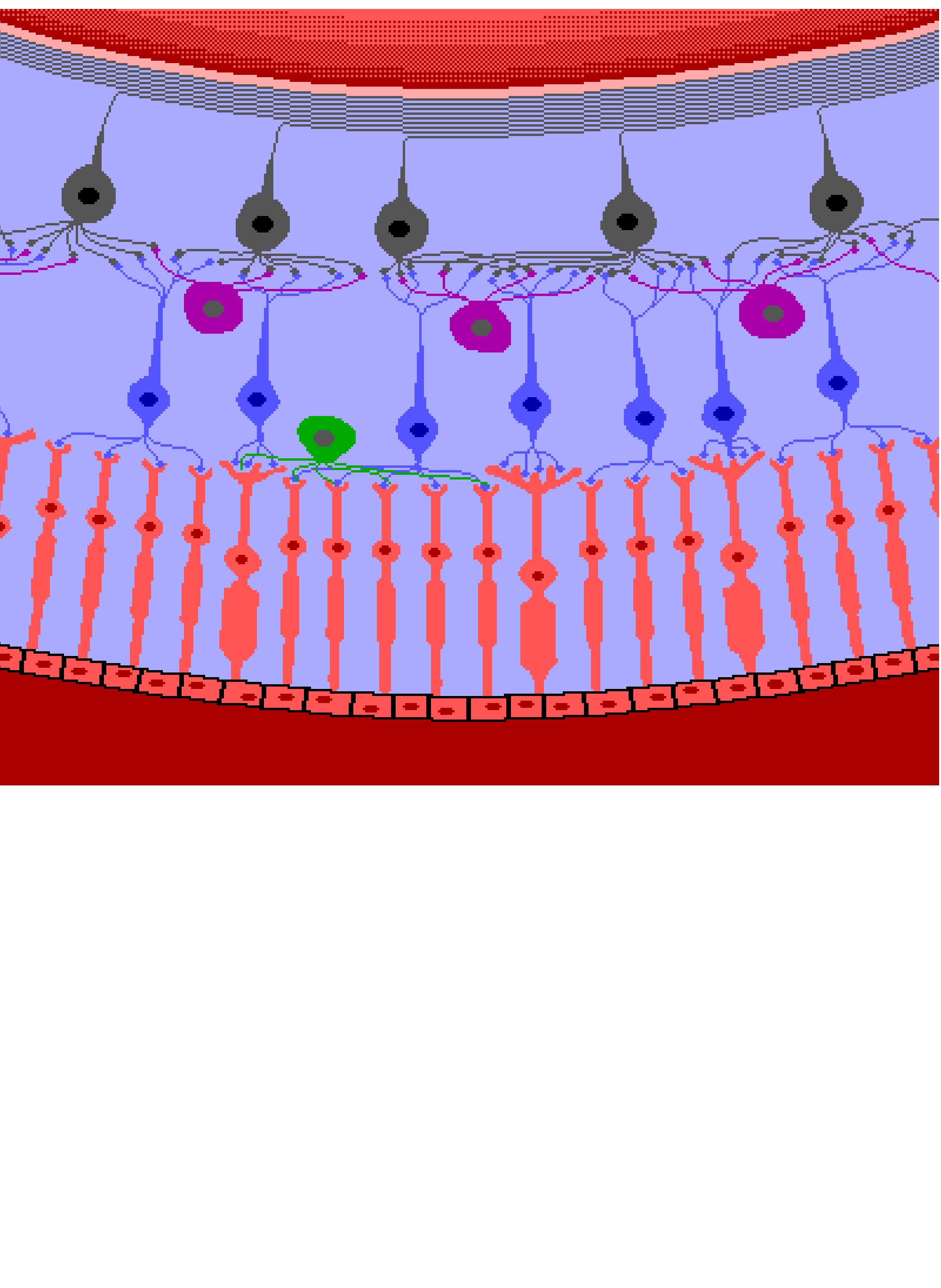