The breasts are a pair of milk-producing organs of the female reproductive system located on the left and right sides of the anterior thoracic (chest) region. Each breast projects outward from the anterior of the chest as a mass of skin-covered soft tissue. At the tip of the breast is a small cylindrical projection of erectile tissue called the nipple. The nipple is bordered by a ring of thickened, bumpy skin called the areola. Both the nipple and areola are highly pigmented compared to the surrounding skin of the breast, resulting in a darkened appearance. Continue Scrolling To Read More Below... 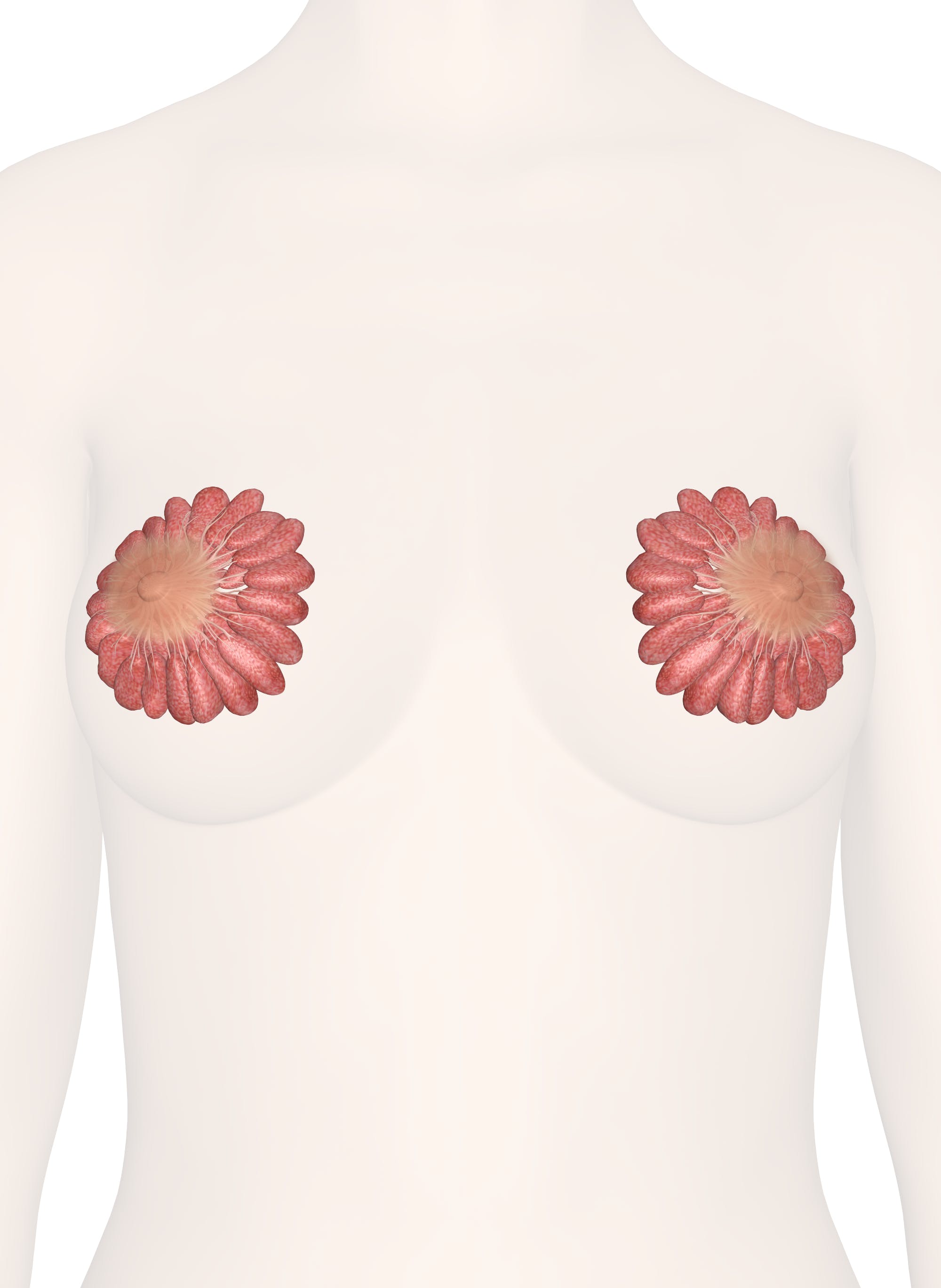 Internally, each breast is made of many mammary glands arranged into a radial pattern around the nipple. Narrow mammary ducts connect the mammary glands to the nipple. Adipose tissue containing collagen and elastin fibers surrounds the mammary glands to provide strength and protection to the delicate glands and to project the glands outward from the chest. Within the adipose layer are bands of connective tissue called Cooper’s ligaments (suspensory ligaments). These ligaments give the breasts support by connecting the skin of the breasts to the pectoralis muscles below them.

The function of the breast is to provide milk to feed infants. Milk is produced and stored by the mammary glands and released through the mammary ducts and nipple. Sensitive nerve endings in the nipple send signals to the brain to produce the hormone oxytocin and initiate the release of milk. Other stimuli, such as manual stimulation, hearing a baby crying, or even just seeing a baby, can also cause oxytocin to be produced. Oxytocin causes the smooth muscle tissue surrounding the mammary glands to contract, forcing the milk out of the mammary glands.

The breasts also contain many sensitive nerve endings and play a role in human sexual arousal. Stimulation of the breasts, and especially the nipples and areola, sends signals of pleasure to the brain. The erectile tissue of the nipples fills with blood in response to the stimuli of breastfeeding, sexual arousal, and even cool temperatures.

Breast cancer is second only to lung cancer as a cause of cancer death in women. Early detection is critical. Women should engage in regular self-exams (monthly) and a routine of clinical breast exams.

Breast cancer can also occur in men. When men develop breast cancer, it is often a sign that they carry genetic variants that predispose them to developing it.

Women and men can learn through DNA health tests whether they possess mutations in their BRCA1 and BRCA2 genes, which are associated with genetically higher risk of developing breast cancer.