A nipple is an erectile projection found on the breast or mammary region of the body. It surrounds the ducts of the mammary glands and, in gestating parents, plays a key role in breastfeeding. Interestingly, all sexes have nipples regardless of reproductive capacity.

A nipple is a small, highly pigmented cylinder found on the tip of a breast. It is surrounded by a circular patch of thickened, highly pigmented skin known as an areola. Nipples vary significantly among individuals in size and pigmentation and are generally larger in women and smaller in men and children.

The exterior of a nipple is covered in epidermis continuous with the surrounding skin but containing a higher concentration of melanocytes and nerve endings. Melanocytes produce the brown or black pigment melanin, which is absorbed by the surrounding cells to produce a dark region of skin. The nerve endings make the nipple more sensitive to mechanical stimulations such as touch, pressure, vibration, and pain. Deep to the epidermis is the dermal layer, which contains connective tissues that give the nipple its strength and blood vessels that provide nutrients to the cells of the nipple. Finally, bands of smooth muscle tissue surround the lactiferous ducts in the center of the nipple. Smooth muscle allows the nipple to become erect during breastfeeding or arousal while the lactiferous ducts direct milk out of the nipple and into the mouth of a feeding infant.

The nipple plays a vital role in breastfeeding infants and acts as an erogenous zone during sex. Its many nerve endings make it extremely sensitive to touch and pressure, which helps to alert the body to the presence of a feeding infant. These nerve endings also produce pleasurable feelings that lead to sexual arousal when touched in an intimate setting.

During breastfeeding, the nipple provides a structure for the infant’s mouth to latch onto. The dark pigmentation of the nipple and areola make an easily recognized target for the infant. Once the infant has latched on to the nipple and activated its nerve endings, nerve signals are sent to the hypothalamus to release the hormone oxytocin. Oxytocin travels through the bloodstream to the mammary glands, where it stimulates the mammary glands to secrete milk. The milk passes through the lactiferous ducts, which join and exit the body at the nipple. 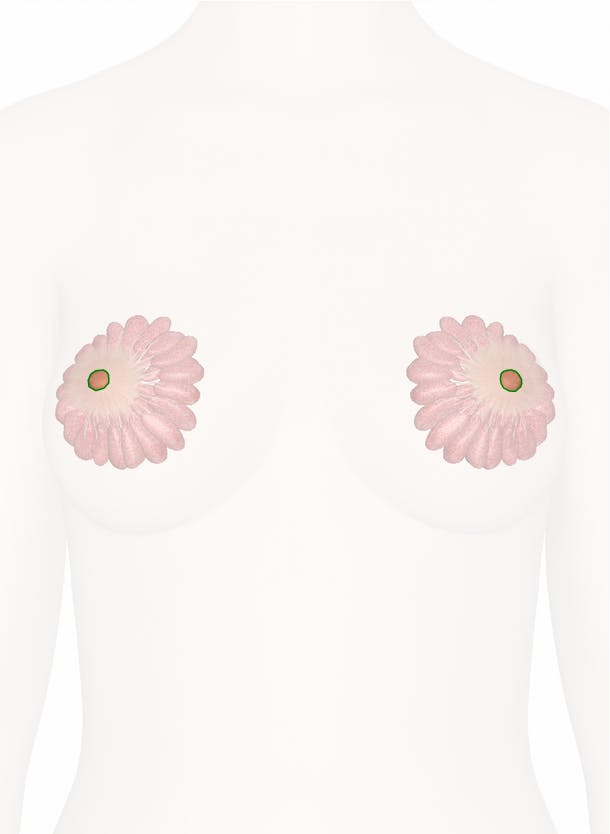