What Happens During the Stages of Puberty?

Puberty follows a consistent developmental path for most people, even if everything feels brand new. Learn about what to expect in this guide.

Nesha UsmaniNesha writes for Innerbody Research. She holds a Bachelor’s degree in English Literature and a Master's in Public Health. She has a love of public health in general, especially using data to uncover health trends and disparities. 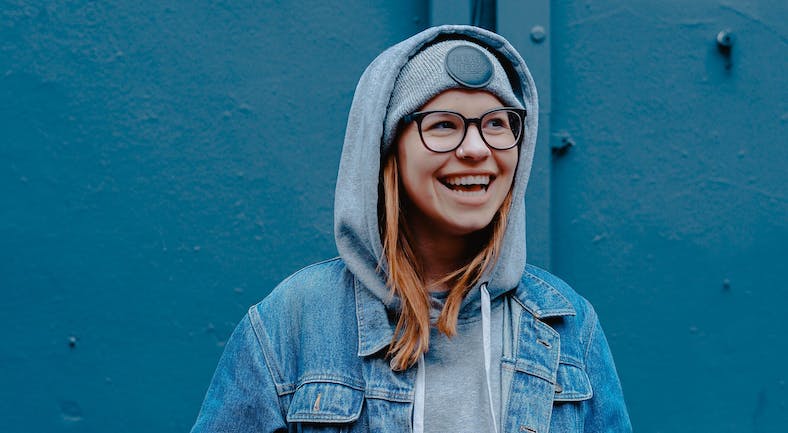 Puberty is the process by which the body matures into adulthood. It’s an exciting time in a child’s life, but it might seem mystifying at first. They’ll have many physical developments, including body hair, growth spurts, and vocal changes. Puberty can begin anywhere between the ages of 7.5 and 16, and while every adolescent is different, it tends to follow a consistent development pattern.

While physical changes and secondary sex characteristic development are certainly the hallmarks of puberty, not all changes are visible. Emotional and cognitive changes also happen during puberty due to raging hormones and external pressures. In this guide, we lay out the stages puberty progresses through, the emotional toll it can take on a child, and resources for both parents and children who need guidance on the process.

Puberty has been studied and evaluated for as long as we’ve recognized its importance. Tanner staging, developed between the 1940s and 1960s, is a widely used classification system in healthcare to document and monitor puberty in patients.¹ It’s also helpful for parents to monitor healthy growth and explain the changes their child might be experiencing.

Tanner stages (understandably) differ between males and females based on the changes they’re going through. Within Tanner staging, males are rated for genital development and pubic hair growth, while females are rated for breast growth and pubic hair.² Other signs of puberty, such as menstrual cycles and changes in vocal tone and height, are also documented. Below, we’ll walk you through each Tanner stage for male and female adolescents.

Boys typically begin puberty between ages 9-14, but Hispanic and Black boys are more likely to start a bit earlier. While we don’t know exactly what triggers puberty, it’s often a combination of genetic and environmental factors.

If you’re concerned about your son’s pubertal timeline, consult a physician to monitor their growth and rule out any health problems. In boys, precocious (early) puberty may be linked to hypothyroidism, pituitary gland problems, or tumors. Likewise, delayed puberty that starts after 14 might be from hormonal or endocrine problems, or it may be that the child will begin puberty later, especially if his father also hit puberty late.³

This stage refers to the way that children look and behave before they begin puberty. In boys, this means they haven’t developed any secondary sex characteristics, such as body and facial hair. On a hormonal level, children in Tanner stage 1 haven’t yet had any gonadotropin-releasing hormone (GnRH) released from the brain to initiate puberty.

This stage begins between the ages of 9 and 14 and indicates the start of puberty. Here, boys are likely to experience the following changes:

At this point, GnRH levels increase, causing the brain to secrete luteinizing hormone (LH) and follicle-stimulating hormone (FSH). Both LH and FSH are responsible for testicular development. These hormones are important because testosterone comes from properly developed testicles, so testosterone levels begin a slow rise during stage 2 to initiate stage 3.

Stage 3 begins between 10 and 16 (generally between six months and a year after entering stage 2) with more rapid physical changes. This stage includes:

Gynecomastia, or male breast growth, is common in approximately 50% of boys between the ages of 11 and 15 and typically resolves by the end of puberty.³ Consult your child's pediatrician if it becomes a physical or social issue. There are ways a pediatrician can help.

During stage 4, pubertal changes are rapid and stark, easily portrayed by the difference between an eighth grader and a junior in high school. This stage of puberty generally happens between the ages of 11 and 16. Here, boys can expect their growth in height to peak (up to four inches annually), as well as:

Boys may experience acne, which can range from mild to severe and persist beyond puberty. While it may be uncomfortable or embarrassing, it generally heals on its own with good hygiene (including not picking or popping spots). If it becomes unmanageable, consult a dermatologist; there are many safe options for acne treatment, like antibiotics or gentle topical creams.

The fifth and final stage of puberty hits between the ages of 16 and 20. Typically, any changes in Tanner stage 5 are slow and inconspicuous, as it’s widely considered the end of puberty. While boys may continue to develop during and after this stage, they’re unlikely to get any taller or have a deeper voice.

In late puberty, facial hair begins to grow but may not reach its peak until later. Pubic hair extends out to the thighs and in a line up to the navel.

Girls begin puberty about two years earlier than boys (or even earlier, depending on their race). Caucasian girls begin puberty between the ages of 8 and 13, while Hispanic and Black girls can begin six months to a year earlier.³ We don’t know exactly why children of different races go through puberty at different times, but it’s likely due to a combination of the same genetics and environmental factors that initiate puberty.

Precocious (early) puberty in girls can be due to problems in the pituitary gland, tumors, or exposure to estrogen (such as in medication or creams). Delayed puberty can be due to hormonal issues, eating disorders, or maternal history of delayed puberty.⁴ Every child is different, and though there may likely be no cause for concern, consult a physician should your child exhibit early or delayed puberty to monitor their growth and rule out any health problems.

Like boys, girls in Tanner stage 1 show no physical, emotional, or hormonal signs of puberty. This is the stage they are in before GnRH begins to circulate through the body.

Between age 8 and 13, GnRH starts to secrete from the brain. During these first few months of puberty, girls can anticipate the following changes:

With increased GnRH levels comes the release of FSH and LH, which tell the ovaries to begin releasing estrogen and progesterone. Between the ages of 9 and 14, estrogen release begins and changes ramp up, including:

Physical changes are at their peak in stage 4, which typically begins between the ages of 10 and 15. Girls experience the following:

Girls typically begin their menstrual cycle around 13, or around the same age their mothers and sisters had theirs. This can vary, especially if an eating disorder is present, as a lack of body fat can stop periods.⁴

Tanner stage 5 marks the end of physical development in girls, though some may continue to see some changes. Girls may continue to grow into their early 20s but typically reach their adult height by 16. They will see pubic hair extend to their thighs, and some may see a line of hair to their navel.

Not all pubertal changes are physical. Puberty often comes with intense emotional upheaval due to hormonal changes, brain development, and environmental factors. Attempting to ignore them and wait out this tumultuous period will likely cause more harm to their psyches and your relationship than anything else. However, there is normal pubescent behavior and abnormal pubescent behavior.

Increased testosterone levels in boys may be the cause of emotional outbursts or mood swings. Girls can also experience emotional turmoil due to hormonal changes. As estrogen and progesterone course through their systems for the first time, they may also become moody and anxious. (Note that PMS looks different than premenstrual dysphoric disorder, or PMDD, which can induce severe symptoms like suicidality during the week before menstruation in about 5% of women.) This is expected and normal, especially as things like friendships, relationships, and school change, too. Still, check in and ensure your child knows you’re there and understand what they’re going through.

However, if they start to isolate themselves, seem depressed, or practice unsafe or harmful behaviors, it may be time to involve a doctor or therapist. The emotional turmoil can be a lot to handle at this stage of life. Giving your child the tools they need to manage it is important for their health and development.

Puberty can come with a lot of challenges for parents and teens alike. A once happy and carefree child can turn grumpy, moody, and withdrawn when puberty hits. Sometimes, puberty can bring depression, anxiety, or severe physical or mental problems. It’s okay not to have all the answers and feel baffled about how to communicate with a developing child. Whether it’s normal pubescent behavior or a more serious issue, there are institutions and people that can help.

For children and teens