The Fallopian tubes are located in the pelvic cavity extending laterally from the corners of the superior edge of the uterus and passing superior to the ovaries. Continue Scrolling To Read More Below... 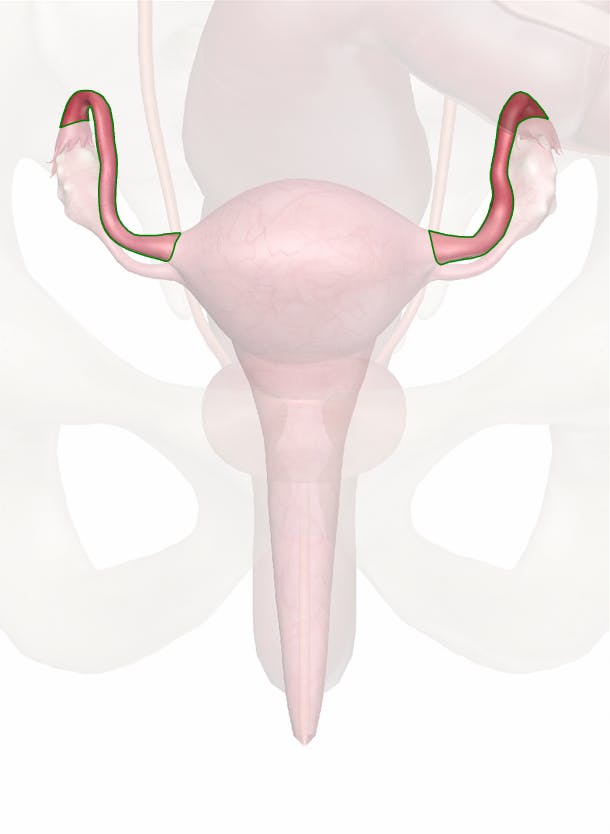 The Fallopian tubes are far from passive tubes in the female reproductive system; on the contrary, they play an extremely active role in the process of fertilization. Just prior to ovulation, smooth muscle tissue in the fimbriae responds to the changing levels of female sex hormones and begins producing slow, steady contractions. These contractions result in the sweeping of the surface of the ovary by the fimbriae in anticipation of the release of the ova. Once the ovum is released, the fimbriae pick it up and carry it into the infundibulum. Next, cilia in the mucosal lining and peristaltic waves of the muscularis carry the ovum through the infundibulum, ampulla, and isthmus toward the uterus. Sperm deposited into the vagina during sexual intercourse may enter the Fallopian tubes from the uterus and fertilize the ovum as it travels toward the womb.