The uterus and ovaries are the most vital organs of the female reproductive system. These organs work together to produce female sex hormones, produce and develop ova (egg cells), and support the development of a fetus during pregnancy.

The uterus, also known as the womb, is a hollow, muscular, pear-shaped organ found in the pelvic region of the abdominopelvic cavity. It is located posterior to the urinary bladder and is connected via the cervix to the vagina on its inferior border and the fallopian tubes along its superior end. Many smooth muscle cells in the walls of the uterus provide it with great extensibility and contractile strength. Continue Scrolling To Read More Below... 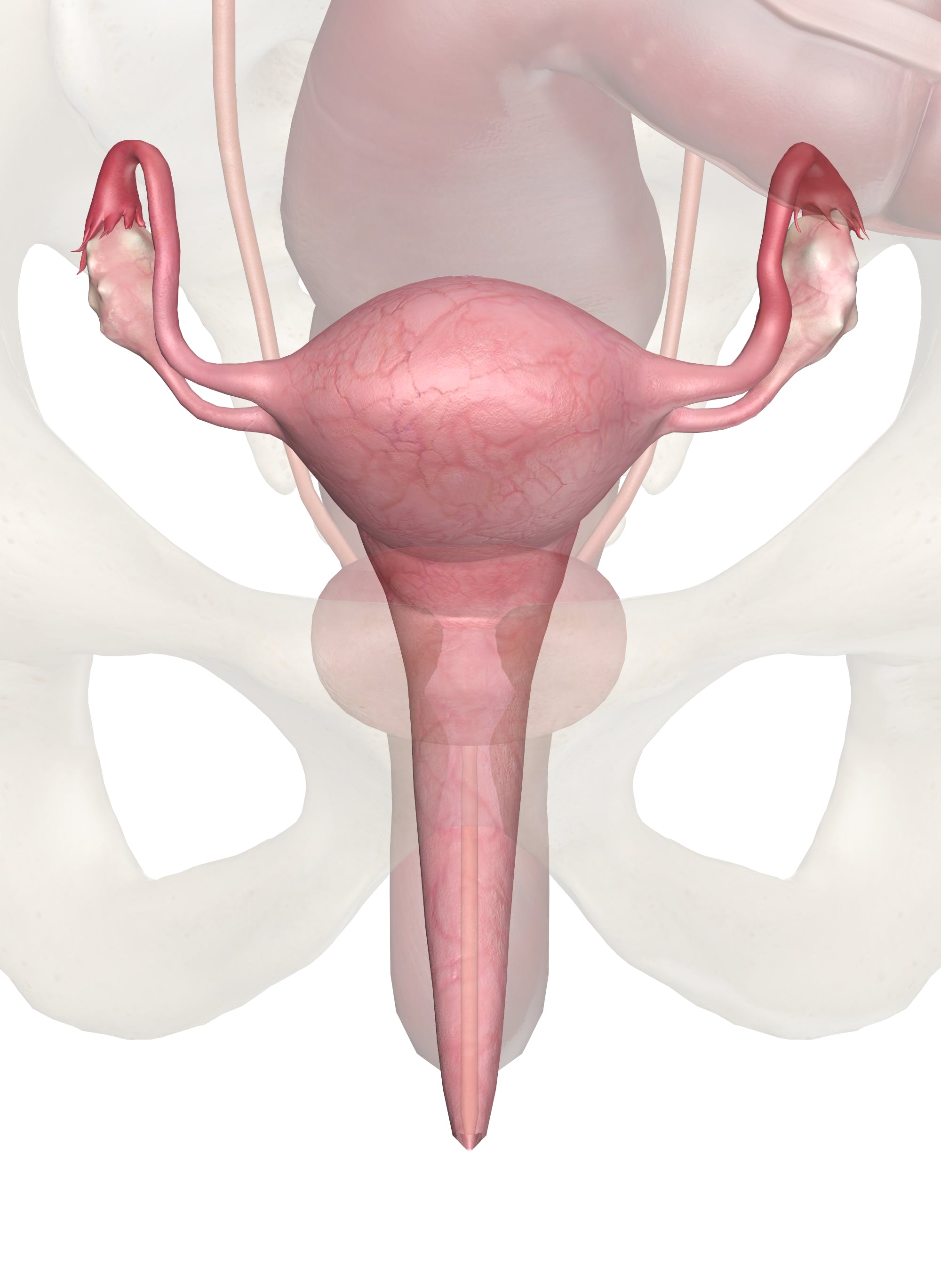 During pregnancy, the tiny embryo implants itself into the tissues of the endometrium and begins to grow inside of the uterine lining. Tissue from the embryo begins to merge with the tissues of the uterus to form the placenta and umbilical cord that allow for the exchange of respiratory gases, nutrients, and wastes between the mother and the developing embryo. The walls of the uterus extend and grow to accommodate the growing embryo as it enters the fetal stage of development. At the end of pregnancy the cervix dilates and the muscles of the myometrium contract to push the fetus into the birth canal to initiate childbirth.

The ovaries contain all of the oocytes that will eventually mature into ova and be released during ovulation. Many female sex hormones, including estrogen, progesterone, follicle stimulating hormone, and luteinizing hormone control the development of ova and trigger ovulation. At birth the ovaries each contain anywhere from several hundred thousand to several millions follicle cells that can potentially become mature ova. However, the vast majority of these follicle cells fail to develop into mature ova and instead only around 400 ova are released throughout a woman’s lifetime.