Each eye is held in place by three pairs of taut, elastic muscles which constantly balance the pull of the others. The superior rectus acts to roll the eyeball back and up, but it is opposed by the inferior rectus. In the same way, the lateral rectus pulls to the side, while the medial rectus pulls toward the nose, and the two oblique muscles roll the eye clockwise or counterclockwise.

The muscles Continue Scrolling To Read More Below... 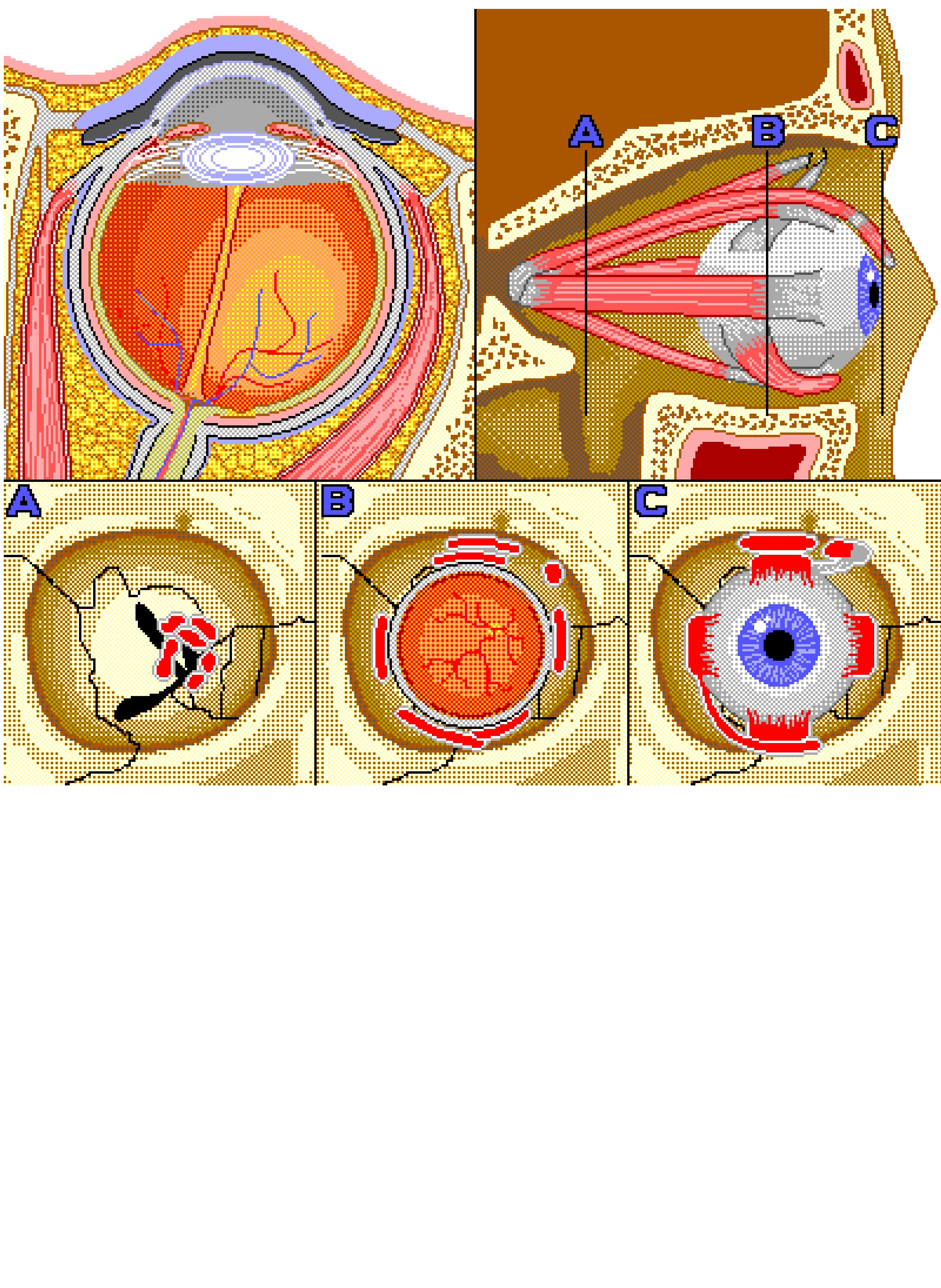 Continued From Above... of each eye work together to move the eyes in unison. Because of the constant tension in the muscles, they can move the eye very quickly, much faster than any other body movement. The eye muscles work together to carry out no less than seven coordinated movements and allow the eye to track many different kinds of moving object.

The first three movements (tremor, drift and flick) are the result of the constant, opposing muscle tension. Tremor causes an almost unseen trembling of a point image (like a spotlight in a dark room), and drift makes the image move slowly off-center. Before the movement becomes really noticeable, there is a quick flick to bring the image to the center. These movements may seem distracting, but they make sure that the image constantly moves over unused parts of the retina and, as a result, the receptors at any spot do not get overloaded with images and effective vision is maintained.

Smooth pursuit movements are used to follow objects at a high speed; for example, from word to word and line to line when reading.

Binocular vision is created by the separation of the eyes, so that each eye has a slightly different view of the same scene, giving a three dimensional effect. To prevent this from causing double vision, the sixth eye movement, called vergence, helps out. The eyes turn inward to direct the images directly onto small, rodless areas of the retina. During these movements, the brain registers the amount of tension and uses it to estimate the distance of the object. The complex of the eye movements is the vestibulo-ocular system; it works to keep the image of an object on the rodless areas while the head and body are in motion. This is aided by the vestibular apparatus in the inner ear, which provides the brain with a flow of information about the way that the head is moving.

Babies are not able to focus their eyes close up until they are three to six months old, and it may be a year before their eyes can work together all the time, rather than wandering around individually.