Muscles of the Knee

Extending along the anterior surface of the thigh are the four muscles of the quadriceps femoris group (vastus lateralis, vastus medialis, vastus intermedius, and rectus femoris). These large muscles originate in the ilium and femur and insert on the tibia. Continue Scrolling To Read More Below... 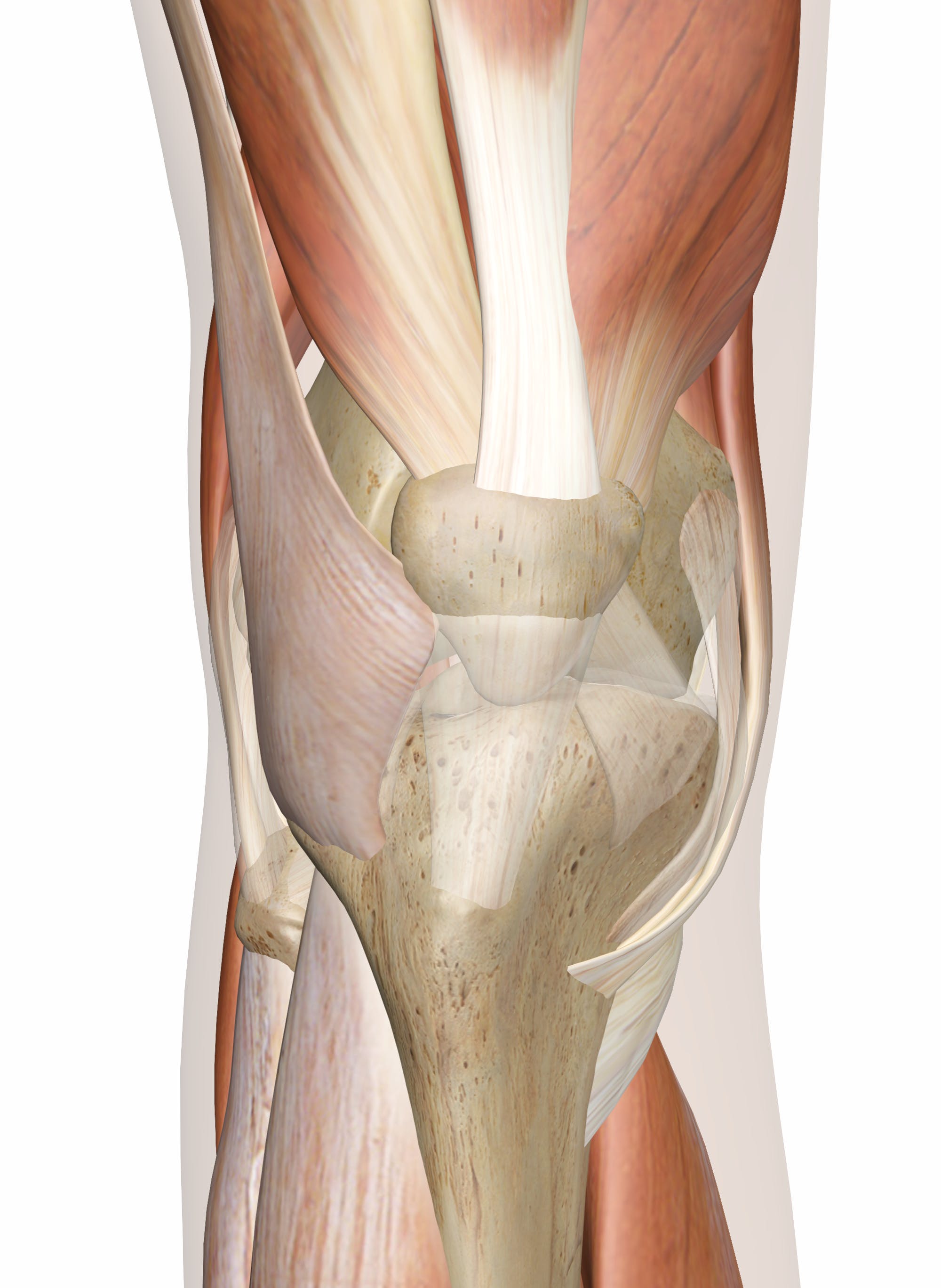 Continued From Above... Contraction of the quadriceps group extends the leg at the knee and flexes the thigh at the hip.

The hamstring muscle group extends across the posterior surface of the thigh from the ischium of the pelvis to the tibia of the lower leg. Three individual muscles form the hamstrings group: biceps femoris, semitendinosus, and semimembranosus. The hamstrings work together to flex the leg at the knee.

Some other muscles that assist with the movements of the knee include the tensor fasciae latae, popliteus and the articularis genus muscles. The tensor fasciae latae contracts the iliotibial band of fibrous connective tissue that helps to stabilize the femur, tibia, and thigh muscles. Flexion of the knee requires some slight rotation of the tibia, which is provided by the contraction of the popliteus muscle. The tiny articularis genus muscle elevates the suprapatellar bursa and capsule of the knee joint to prevent pinching of this soft tissue during extension of the leg at the knee.