Digestive System of the Head and Neck

The digestive system of the head and neck contains the structures responsible for the ingestion, chewing, swallowing, and initial digestion of food. These structures include the parts of the mouth, the salivary glands that produce saliva, and the pharynx.

The process of digestion begins with the ingestion of food through the oral cavity, commonly known as the mouth. The mouth contains the teeth that masticate, or chew, large masses of food into smaller pieces that have more surface area and are able to be swallowed. Continue Scrolling To Read More Below... 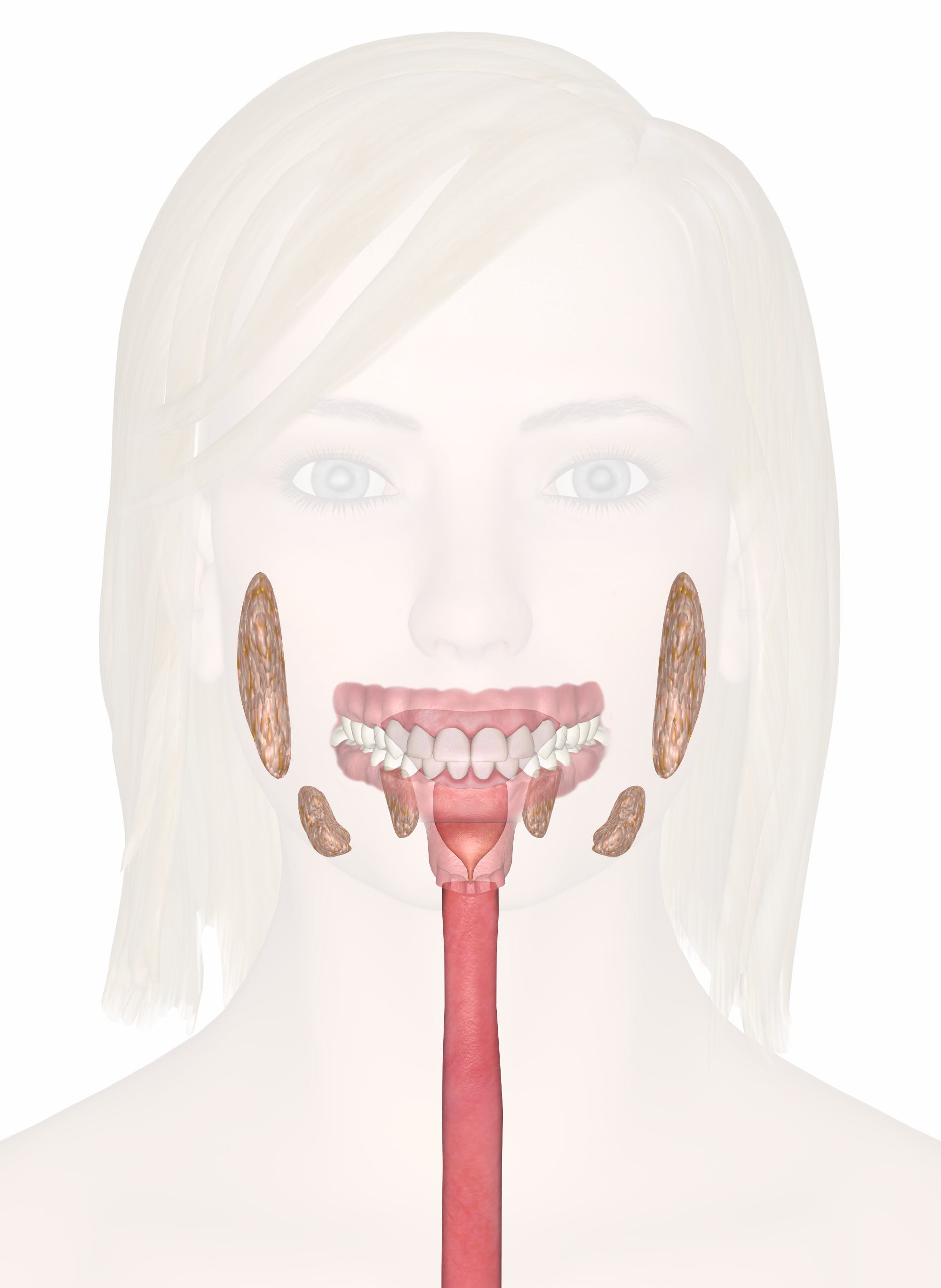 Three groups of salivary glands surround the mouth and secrete saliva into the oral cavity.

The saliva secreted by all of these glands is mostly made of water, but also contains the enzymes salivary amylase and lingual lipase. Saliva both moistens and softens dry food in the oral cavity to protect the delicate mucosa of the digestive system and aid in the swallowing of food. Salivary amylase begins the process of chemically digestion in carbohydrates by breaking starches into simple sugars that can be used as a fast energy source. Lingual lipase similarly digests fats into fatty acids, but is not activated until food reaches the acidic environment of the stomach.

Masticated food that has been mixed with saliva forms a paste-like substance that the mouth and tongue roll into a mass known as a bolus. This mass is placed on the tongue and swallowed into the pharynx, or throat, through a complex interaction of the muscles of the mouth, tongue, palate, and throat. Swallowed food passes into the funnel-shaped pharynx where it passes through the oropharynx region in the back of the mouth and into the laryngopharynx that connects to the esophagus and larynx, or voice box. The epiglottis, a flap of flexible fibrocartilage at the top of the larynx, moves to cover the opening of the larynx during the swallowing process to direct food into the esophagus. This movement by the epiglottis prevents the swallowed food from blocking the airway and causing life-threatening asphyxiation. The bolus of food passes into the esophagus, where it will be moved to the stomach by waves of smooth muscle contraction known as peristalsis.