Bones of the Leg and Foot (Posterior View)

The bones of the leg and foot form part of the appendicular skeleton that supports the many muscles of the lower limbs. These muscles work together to produce movements such as standing, walking, running, and jumping. At the same time, the bones and joints of the leg and foot must be strong enough to support the body’s weight while remaining flexible enough for movement and balance.

The femur, or thigh bone, is the largest, heaviest, and strongest bone in the human body. Continue Scrolling To Read More Below... 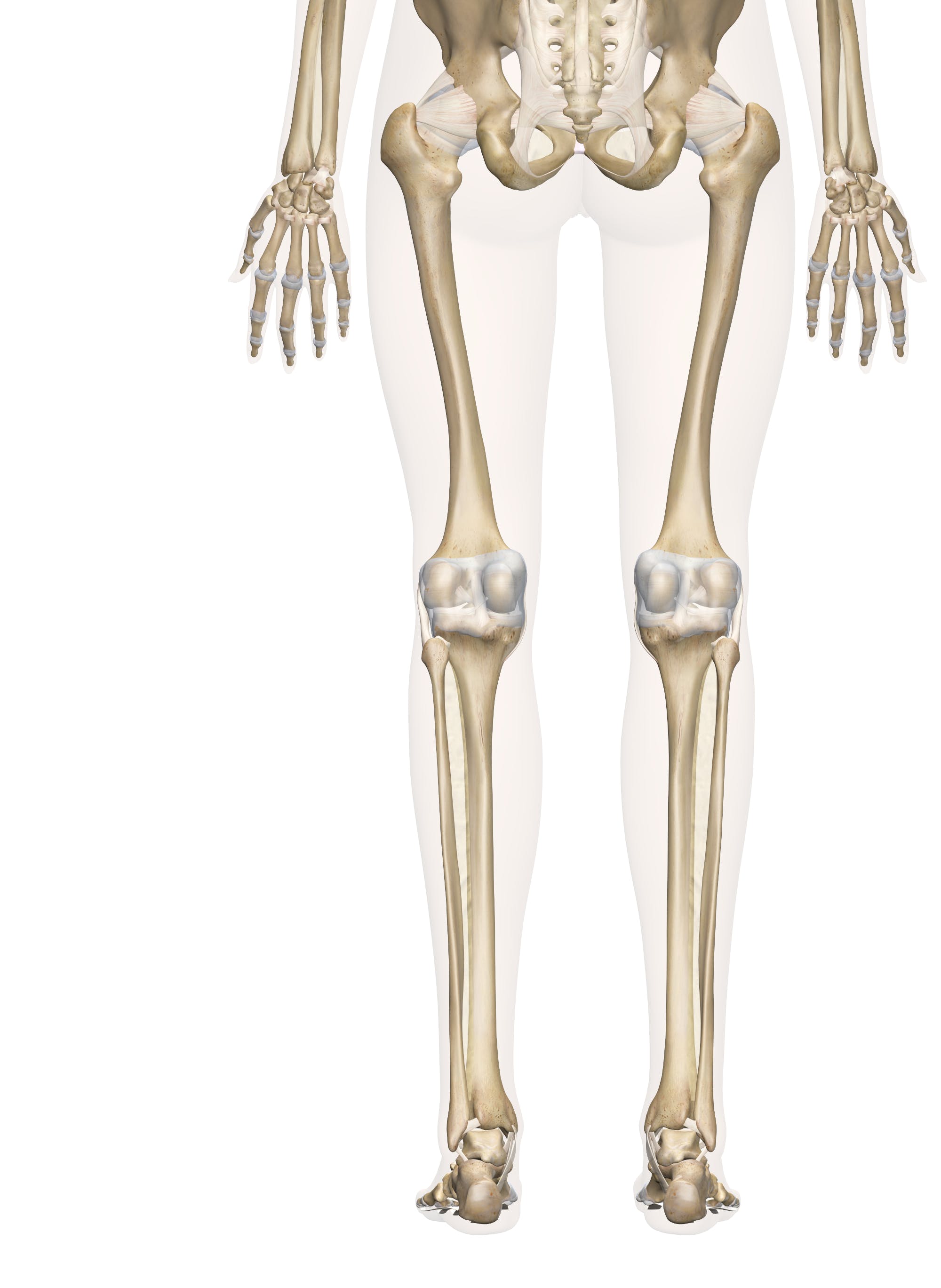 Continued From Above... Many strong thigh muscles attach to the femur and pull on the femur during movements of the hip and knee joints.

At the distal end of the femur, two rounded condyles meet the tibia and fibula bones of the lower leg to form the knee joint. The knee is a strong but flexible hinge joint that uses muscles and ligaments to withstand the torques and strains of powerful leg movements. Between the femur and tibia is the meniscus, a layer of tough fibrocartilage that acts as a shock absorber.

In the lower leg, the tibia bears most of the body’s weight while the fibula supports the muscles of balance in the lower leg and ankle. The tibia forms the flexible ankle joint with the tarsal bones of the foot. Body weight is distributed among the seven tarsals, which can shift slightly to provide minute adjustments to the position of the ankle and foot. The calcaneus, or heel bone, is the largest tarsal bone and rests on the ground when the body is standing.

Extending from the distal end of the metatarsals are the tiny phalanges of the toes. The phalanges connect to several muscles in the leg via long tendons. The phalanges can flex or extend to change the shape of the foot for balance, and provide added leverage to the foot during walking.