Like all other synovial joints, a thin layer of smooth articular cartilage covers the joint-forming processes of the ilium and the sacrum at the sacroiliac joint. The articular surfaces of both bones are rough and bumpy, providing an interlocking surface to prevent extraneous movement at the joint. Continue Scrolling To Read More Below... 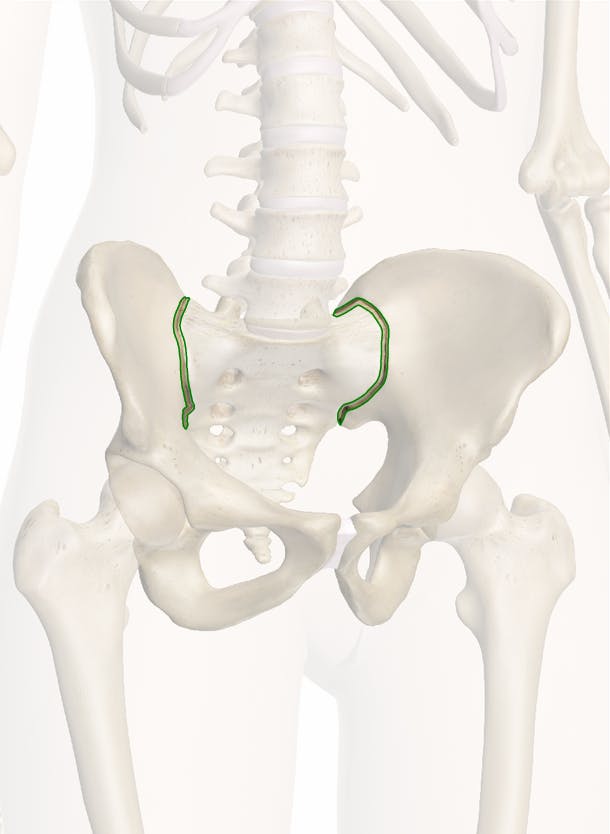 Continued From Above... A small, fluid-filled space between the bones allows for some movement. Surrounding this space is a joint capsule of dense fibrous connective tissue, which provides strength and stability to the pelvis. Oily synovial fluid produced by the synovial membrane inside the joint capsule fills the hollow space between the bones and lubricates the joint to reduce friction and wear.

Two main ligaments extend from the joint capsule to reinforce the joint and anchor the bones in their positions.

The anterior sacroiliac ligament is a broad, thin ligament that spreads its collagen fibers across the anterior surfaces of the ilium and sacrum to firmly bind them together on the inside of the pelvis.

During pregnancy, the ovaries and placenta produce the hormone relaxin to increase the flexibility of the pelvis in preparation for childbirth. One of the effects of relaxin is the increased flexibility of the ligaments that hold the sacroiliac joint together, resulting in a looser joint and increased range of motion. The loosening of the sacroiliac joint and pubic symphysis allows the pelvis to accommodate the head of the fetus passing through the birth canal.