The cervix makes up the lower one-third of the uterus and its tissues are continuous with the tissues that make up the rest of the uterus. Continue Scrolling To Read More Below... 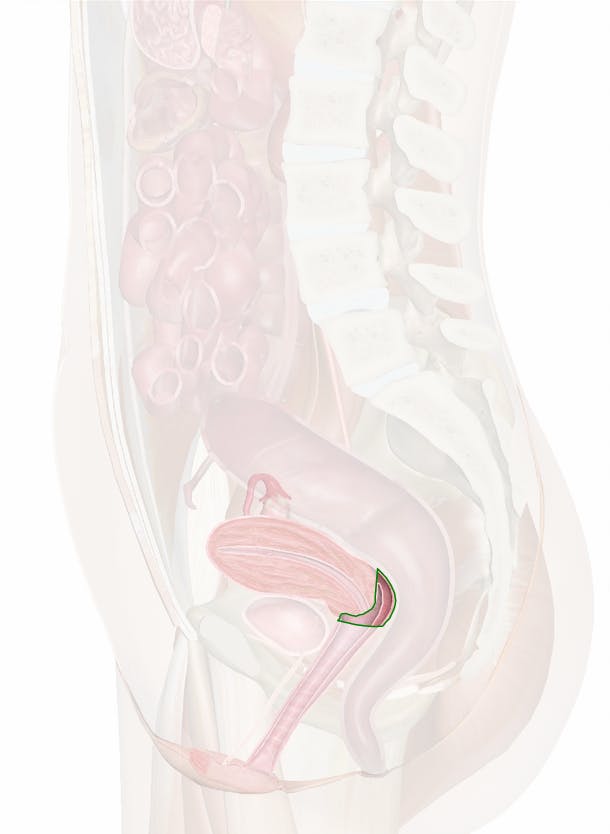 Continued From Above... Its outer covering is made of a simple squamous epithelium known as the perimetrium. Inside the perimetrium is the myometrium, a thick region of smooth muscle tissue that gives the cervix its ability to expand and contract. Compared to the rest of the uterus that contracts forcefully during childbirth, the myometrium of the cervix is thinner and used only as a sphincter to regulate the opening of the uterus. Lining the inside of the cervix is a thin layer of endometrium containing the epithelial cells that constantly produce cervical mucus.

The cervix can be broken down into several anatomically distinct regions.

During menstruation, the smooth muscle tissue in the myometrium of the cervix dilates to allow the passage of menstrual flow and may cause sensations of pain and discomfort known as menstrual cramps.

The process of childbirth requires the cervix to dilate to around ten centimeters in diameter in order to accommodate the head of the fetus as it passes into the birth canal. To achieve this feat, the cervix begins to dilate several days prior to the formal start of labor.