The sciatic nerve is the largest and longest spinal nerve in the human body. Extending from the lumbar and sacral plexuses in the lower back, the sciatic nerve runs through the buttocks and into the thighs. It delivers nerve signals to and from the muscles and skin of the thighs, lower legs and feet.

The sciatic nerve forms from the merger of the fourth and fifth lumbar nerves with the first, second, and third sacral nerves. Continue Scrolling To Read More Below... 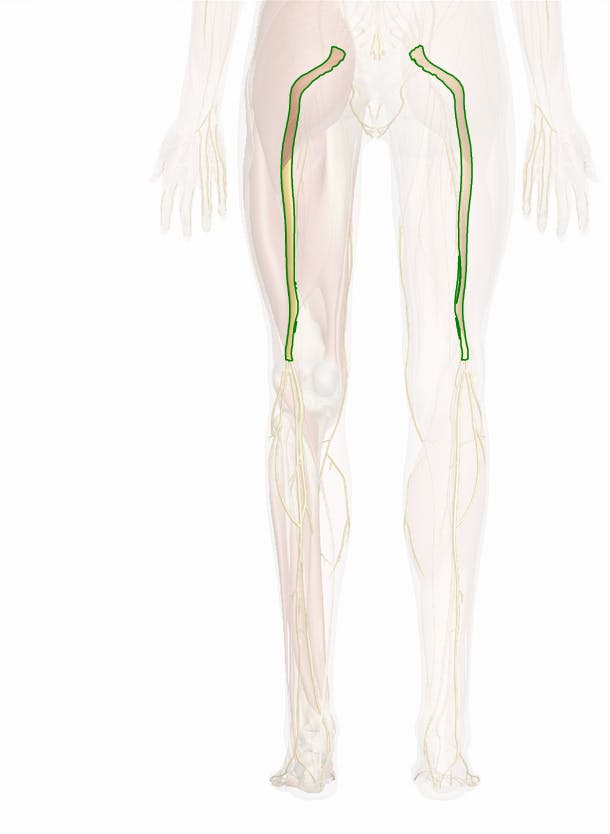 Like all spinal nerves, our sciatic nerve contains many individual neurons that run along the length of the nerve like strands of thread in a thick yarn. Each neuron is wrapped in a thin layer of connective tissue called the endoneurium. The neurons are bundled together into groups called fascicles, which are further wrapped by connective tissue called the perineurium. Many fascicles are bundled together to form the entire sciatic nerve, which is further wrapped by a sheet of connective tissue known as the epineurium. Blood vessels run between the fascicles to provide oxygen and nutrients to support the nerve cells and remove waste products.