The facial nerve is one of the twelve pairs of cranial nerves in the peripheral nervous system. It is the seventh cranial nerve, and so is often referred to as cranial nerve VII or simply CN VII. Nerve signals from the cranial nerve play important roles in sensing taste as well as controlling the muscles of the face, salivary glands, and lacrimal glands.

The facial nerve is the seventh cranial nerve to exit the brain when counting from anterior to posterior. Continue Scrolling To Read More Below... 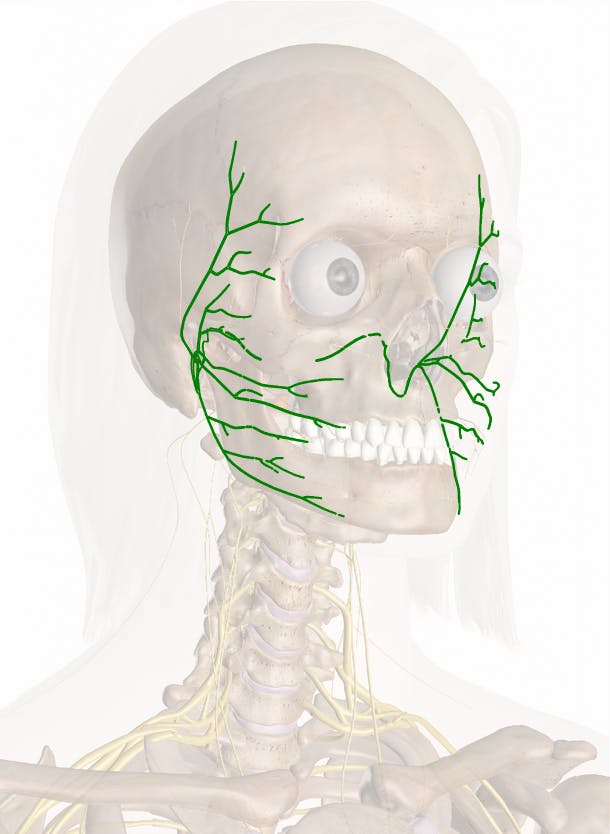 As the facial nerve passes through the temporal bone, several smaller nerves branch off from the main nerve, including the greater (superficial) petrosal nerve and the chorda tympani.

After passing through the stylomastoid foramen, the facial nerve emerges just inferior to the ear and splits into several superficial branches.