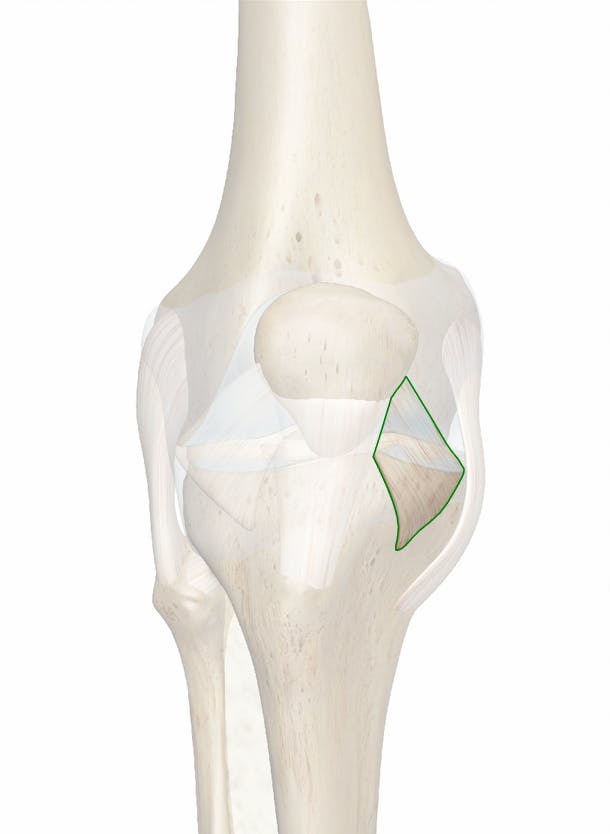 Continued From Above... From the femoral region, they extend obliquely across the medial side of the knee’s anterior, between the medial edge of the patella and the medial (tibial) collateral ligament (MCL). At its inferior end, the medial patellar retinaculum inserts into the medial epicondyle of the tibia.

Like all other tendons, the medial patellar retinaculum is made of dense regular connective tissue. Many strong collagen fibers in this tissue are arranged in a regular pattern with their long axis running vertically. The result is an incredibly strong tissue in the vertical axis, although strength is sacrificed in other directions. Between the collagen fibers are some elastin fibers to provide elasticity to the tissue, as well as fibroblast cells that produce new collagen fibers to replace broken and worn out fibers.

The fibrous capsule of the knee protects the delicate synovial membrane inside and seals the lubricating synovial fluid within the joint capsule. It also helps to maintain the proper position of the bones within the knee to prevent injury and premature wear. The medial patellar retinaculum fills in the gap between the patella, patellar ligament, and medial collateral ligament to seal the fibrous capsule.