The testes (singular: testis), commonly known as the testicles, are a pair of ovoid glandular organs that are central to the function of the male reproductive system. The testes are responsible for the production of sperm cells and the male sex hormone testosterone. The testes produce as many as 12 trillion sperm in a male’s lifetime, about 400 million of which are released in a single ejaculation.

Located in the hollow sac of the scrotum, each testis is about 1.5 to 2 inches long along its long axis and around 1 inch in diameter. Continue Scrolling To Read More Below... 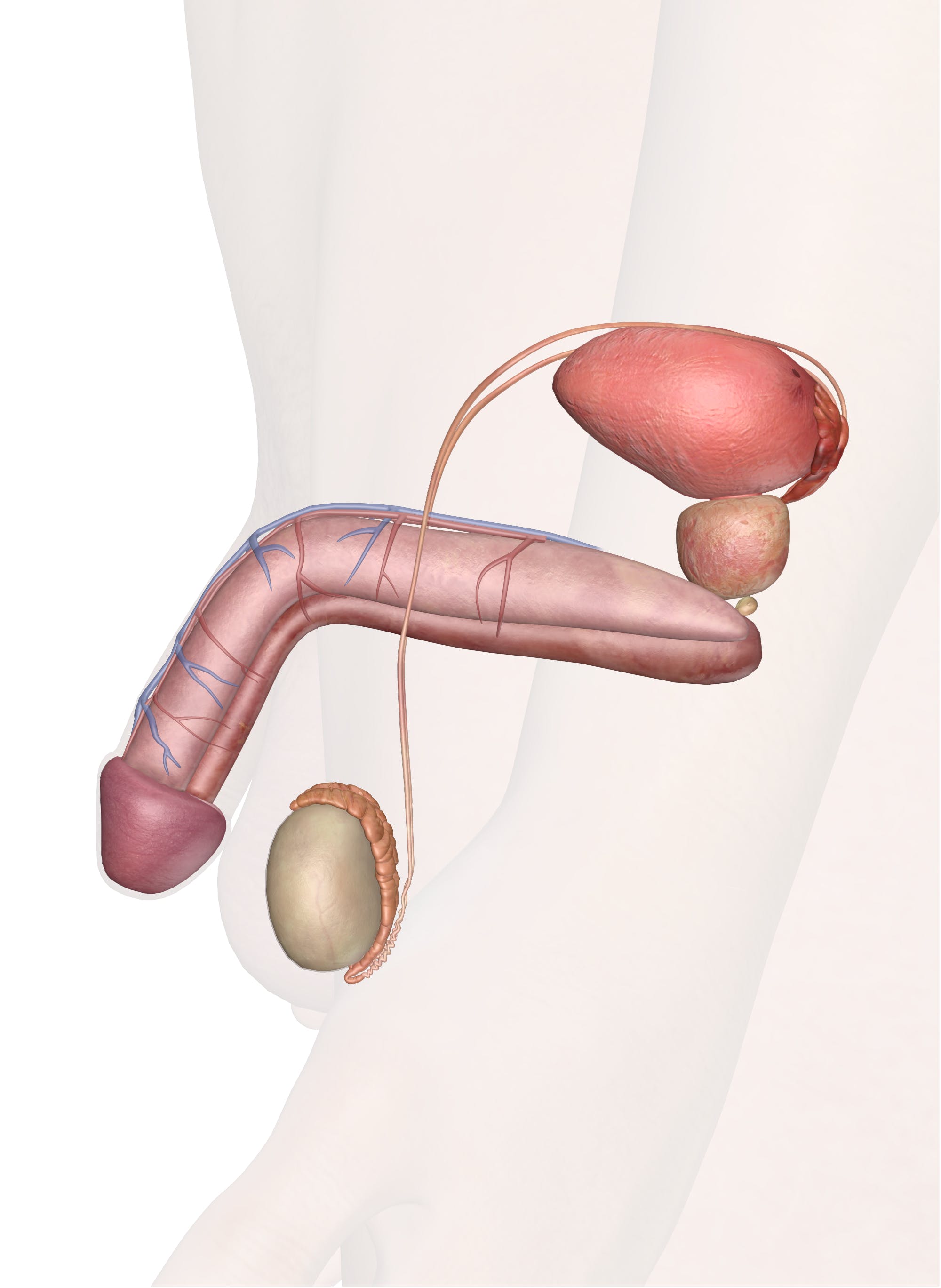 The testes are wrapped by the tunica vaginalis, an extension of the peritoneum of the abdomen, and the tunica albuginea, a tough, protective sheath of dense irregular connective tissue. Each testis is divided by invaginations of the tunica albuginea that divide it into several hundred small segments called lobules. Each lobule contains several tightly coiled tubes called seminiferous tubules.

Each sperm produced by the testes takes about seventy-two days to mature and its maturity is overseen by a complex interaction of hormones. The scrotum has a built-in thermostat that keeps the testes and sperm at the correct temperature. It may be surprising that the testes should lie in such a vulnerable place outside the body, but it is too hot for them inside. Spermatogenesis requires a temperature that is three to five degrees Fahrenheit below body temperature. If it becomes too cool on the outside, the cremaster muscle will contract to bring the testes closer the body for warmth.