The tuber omentale Continue Scrolling To Read More Below... 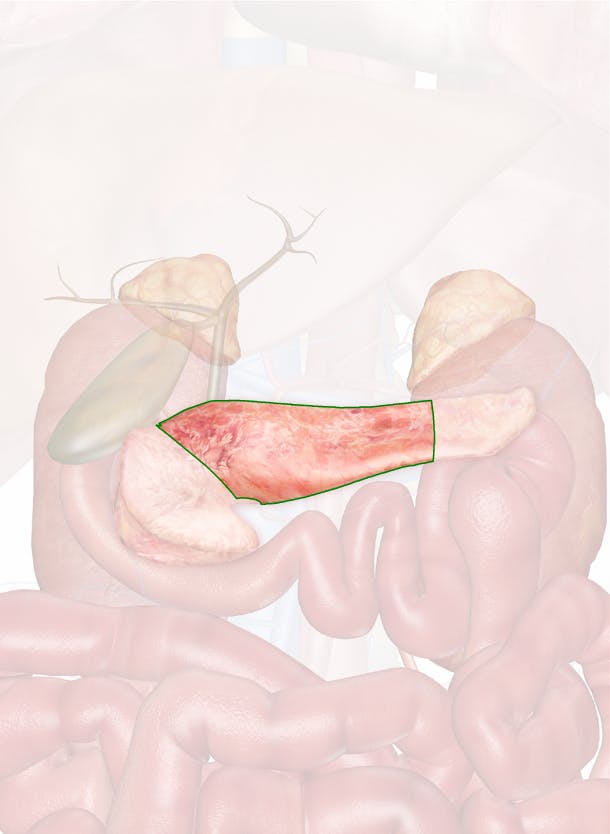 Continued From Above... marks where the body of the pancreas meets the neck. This borders the lesser omentum’s posterior surface. The posterior surface is adjacent with the origina of the superior mesenteric artery, the aorta, the left suprarenal gland, the lienal vein, the left kidney and its vessels, and the diaphragm’s crura. It lacks any peritoneum.

The inferior surface, however, has peritoneum covering it. This surface’s right side is narrow and its left side is wider. It rests on the duodenojejunal flexure and on some of the jejunum’s coils. The left extremity lies on the left colic flexure.

The inferior border keeps the inferior surface apart from the posterior. Under its right extremity the superior mesenteric vessels appear.

The superior border is sharp and thin on the left, near the tail and flat and blunt on the right. The omental tuberosity is where it ends on the right. It is close to the celiac artery, where the hepatic artery flows to the right, over the gland. The lienal artery goes left on this border.