The terminal ileum is located on the right side of the abdominopelvic cavity in the umbilical and hypogastric regions. It is a tube about 1.25 to 1.5 inches (3 to 4 cm) long at the end of the ileum and terminates at the ileocecal sphincter. Continue Scrolling To Read More Below... 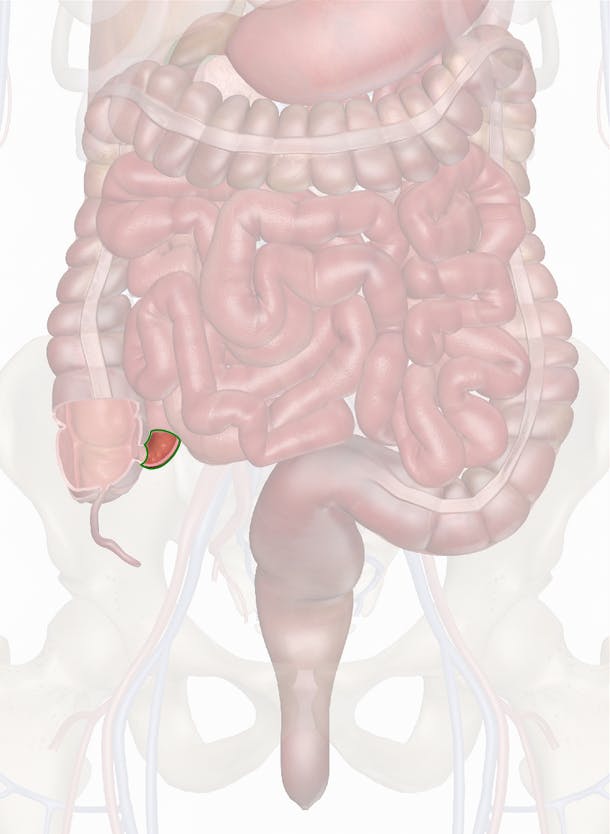 Continued From Above... The ileocecal sphincter is a band of smooth muscle that controls the flow of chyme from the ileum into the cecum of the large intestine.

The walls of the terminal ileum are made of four distinct tissue layers surrounding the hollow lumen at its center.