The right atrium is one of the two atria of the heart, which function as receiving chambers for blood entering the heart. It is located to the right of the left atrium and superior to the much larger and more muscular right ventricle. Between the right atrium and right ventricle is a one-way valve known as the tricuspid valve. Continue Scrolling To Read More Below... 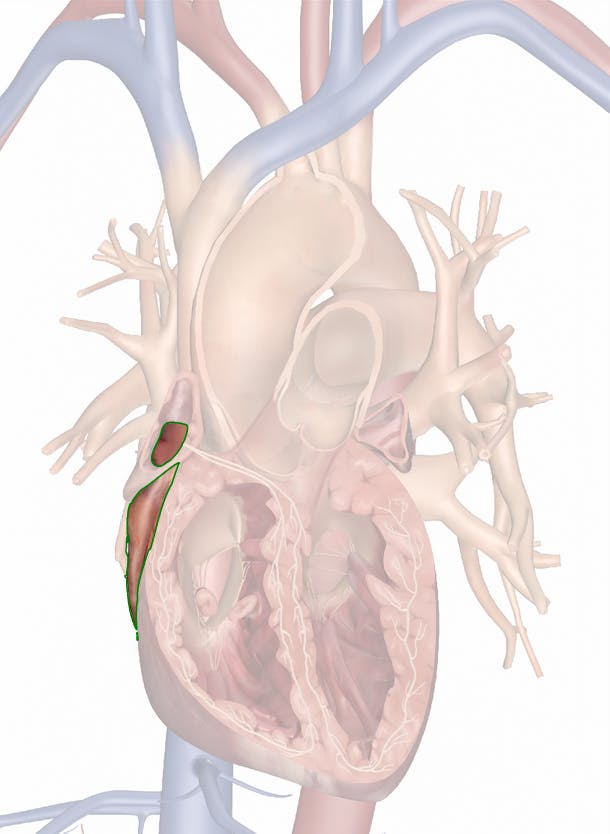 Continued From Above... The muscular walls of the right atrium are much thinner than those of the ventricles and feature a wrinkled flap shaped like a floppy dog ear, known as the auricle. The auricle is hollow and extends outward from the anterior surface to increase the internal volume of the right atrium.

The right atrium also contains the sinoatrial (SA) node, the pacemaker of the heart. This vital piece of tissue acts as the pacemaker of the heart by controlling its rhythm and exciting the other cardiac muscle cells to contract. Autonomic nerves connect the brain to the SA node to increase or decrease the heart rate to maintain blood pressure, oxygen and carbon dioxide homeostasis.