Teeth - Anatomy of the Tooth

The teeth are a group of hard organs found in the oral cavity. We use teeth to masticate (or chew) food into tiny pieces. They also provide shape to the mouth and face and are important components in producing speech. 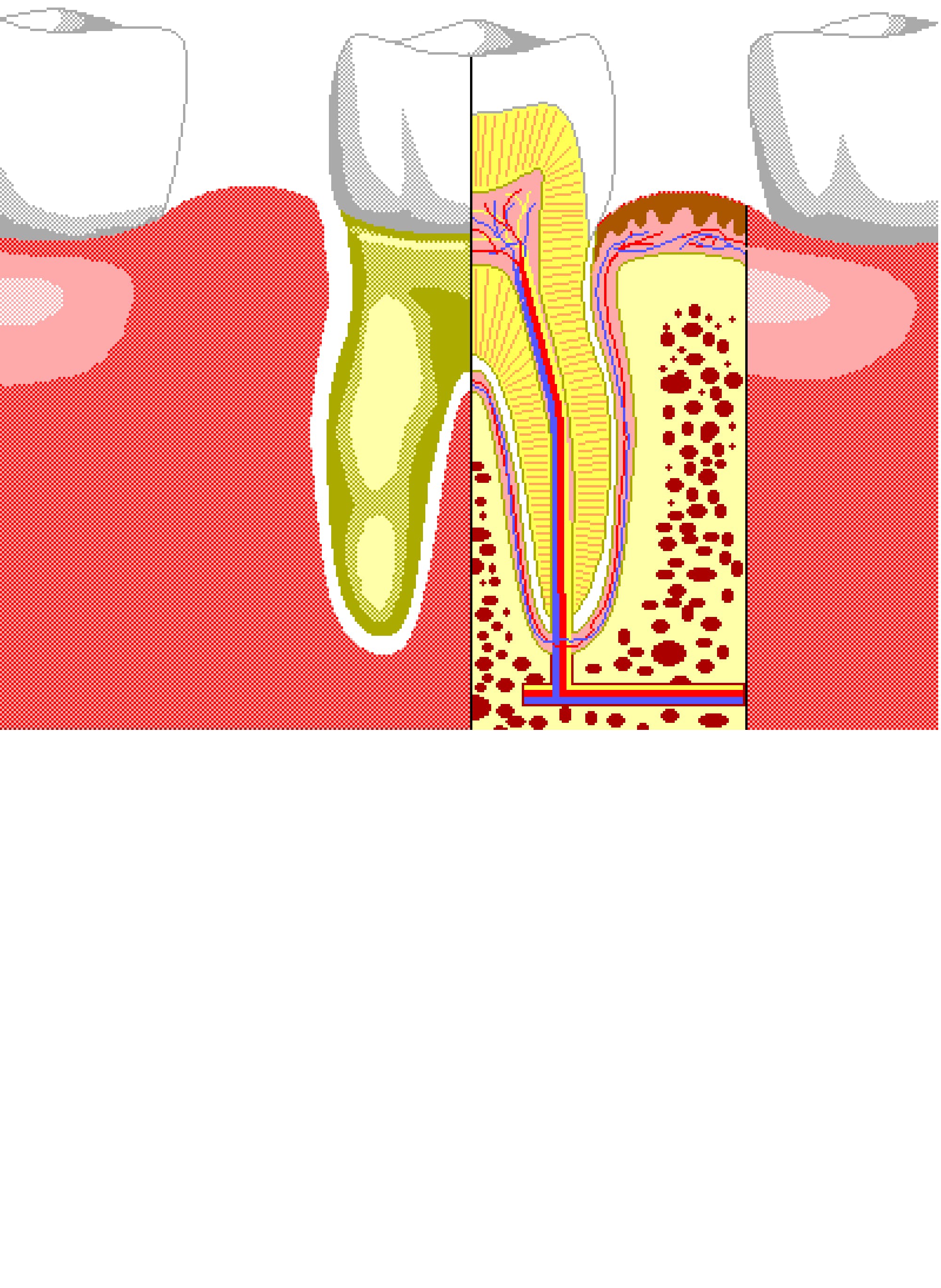 Continued From Above... Roots are tapered structures resembling the roots of plants, and each tooth may have between one to three roots. The exterior surface of the root is covered in a bone-like mixture of calcium and collagen fibers known as cementum. Cementum provides grip for the periodontal ligaments that anchor the root to the surrounding alveolus.

Each tooth is an organ consisting of three layers: the pulp, dentin, and enamel.

Babies are born without teeth, but grow a temporary set of twenty deciduous teeth (eight incisors, four canines, and eight molars) between the ages of six months and three years. Baby teeth fill the child’s tiny jaws and allow the child to chew food while larger, stronger adult teeth develop inside the mandible and maxilla bones. At about six years of age the deciduous teeth are slowly shed one at a time and replaced by permanent adult teeth.

Adult teeth develop while hidden within the maxilla and mandible after the deciduous teeth have erupted. When an adult tooth erupts, it triggers the roots of the deciduous tooth above it to atrophy. This causes the baby tooth to become loose and eventually fall out. The new permanent tooth slowly pushes up through the gums to replace the baby tooth. Eventually, a total of thirty-two permanent adult teeth form and erupt. The adult teeth are arranged in both the upper and lower jaws from the midline of the mouth as follows: central incisor, lateral incisor, canine (cuspid), first premolar (bicuspid), second premolar, first molar, second molar, and third molar.

The first twenty-eight adult teeth are fully erupted by the age of eleven to thirteen with the third molars, known as wisdom teeth, erupting in the back of the jaw several years later in early adulthood. Sometimes the wisdom teeth become impacted when they grow and become wedged at an abnormal position in the jaws and fail to erupt. In some cases there is not enough room in the jaw to accommodate a third set of molars. In both cases the wisdom teeth are surgically removed, as they are not needed to properly chew food.

Mastication, or chewing, is the main function of the teeth. The teeth are aligned in the jaws so that the peaks of one tooth align with the valleys of its counterpart on the other jaw. Every bite forces food into the interface of the teeth to be chopped, while lateral motion of the jaw is used to grind food in the premolars and molars.

Tooth decay and cavities are important health concerns related to the teeth. The enamel that covers the crown in each tooth can be broken down by acids produced by bacteria that live in the mouth and assist in digestion of small bits of food. This process of enamel erosion by acids is called decay. To prevent decay, good oral hygiene, consisting of daily brushing and flossing, is necessary. Decay can eventually lead to cavities, also known as dental caries, where holes appear in the enamel and expose the dentin. Cavities require medical intervention to prevent their growth, usually resulting in the removal of the affected tissue and the filling of the cavity with a hard material to restore the strength and function of the tooth.