The knee joint is one of the strongest and most important joints in the human body. It allows the lower leg to move relative to the thigh while supporting the body’s weight. Movements at the knee joint are essential to many everyday activities, including walking, running, sitting and standing.

The knee, also known as the tibiofemoral joint, is a synovial hinge joint formed between three bones: the femur, tibia, and patella. Two rounded, convex processes (known as condyles) on the distal end of the femur meet two rounded, concave condyles at the proximal end of the tibia. Continue Scrolling To Read More Below... 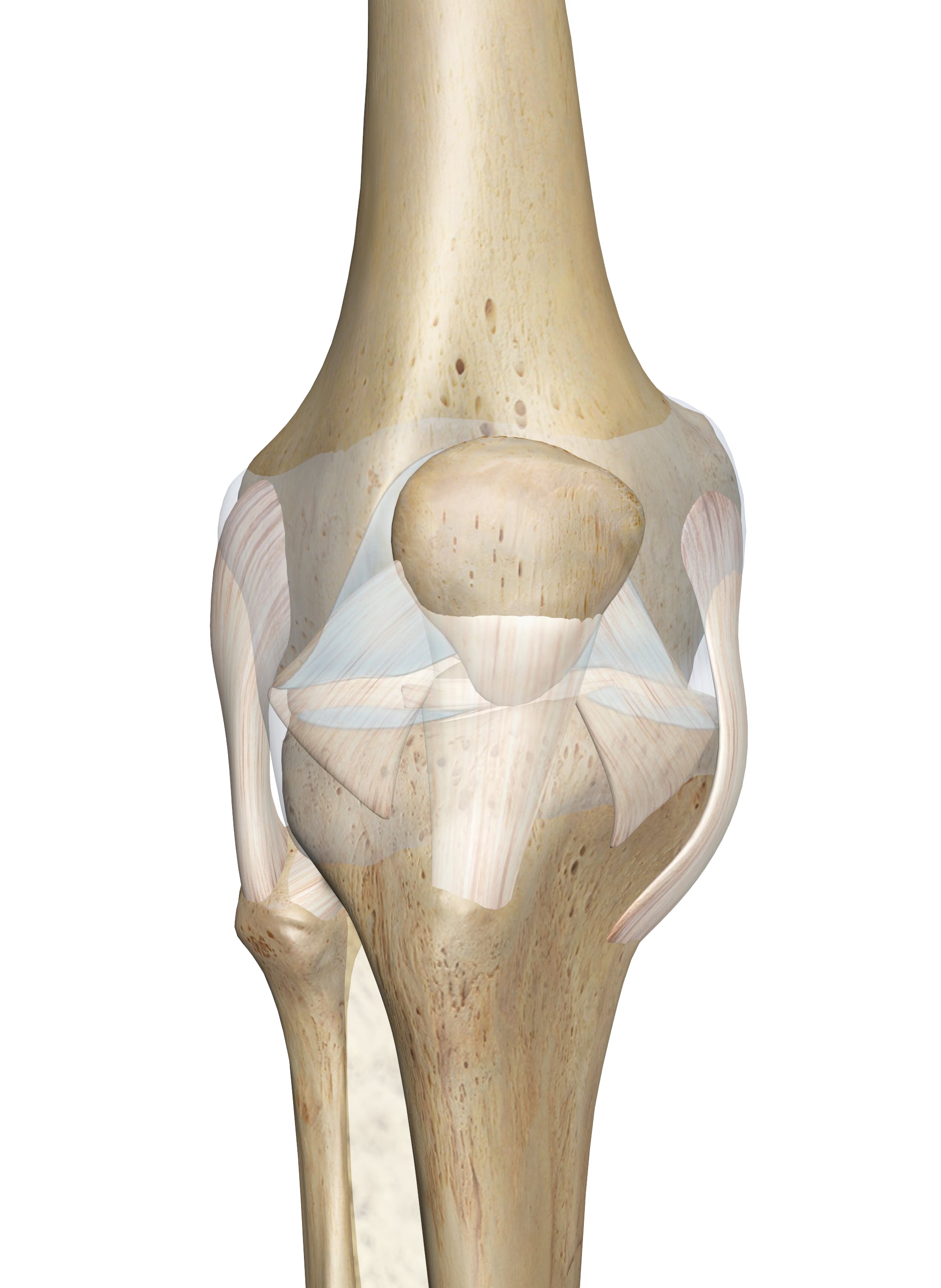 Continued From Above... The patella lies in front of the femur on the anterior surface of the knee with its smooth joint-forming processes on its posterior surface facing the femur.

The joint-forming surfaces of each bone are covered in a thin layer of hyaline cartilage that gives them an extremely smooth surface and protects the underlying bone from damage. Between the femur and tibia is a figure-eight-shaped layer of tough, rubbery fibrocartilage known as the meniscus. The meniscus acts as a shock absorber inside the knee to prevent the collision of the leg bones during strenuous activities such as running and jumping.

In addition to the joint capsule and ligaments that support the knee, there are also several important structures surrounding the knee that help cushion and protect the joint from friction and outside forces. Small pockets of synovial fluid, known as bursae, surround the knee to reduce the friction from movement of tendons across the surface of the joint. Several of these bursae, including the suprapatellar bursa, are instrumental in the reduction of friction between the patella and femur. Pockets of adipose tissue around the knee, known as articular fat pads, help to cushion the knee from external stress. The largest of these pads, the infrapatellar fat pad, absorbs shock to the anterior surface of the knee and cushions the patellar ligament as it moves with the patella during flexion and extension of the knee.

As the knee is a synovial hinge joint, its function is to permit the flexion and extension of the lower leg relative to the thigh. The range of motion of the knee is limited by the anatomy of the bones and ligaments, but allows around 120 degrees of flexion. A special characteristic of the knee that differentiates it from other hinge joints is that it allows a small degree of medial and lateral rotation when it is moderately flexed.