The hip joint is one of the most important joints in the human body. It allows us to walk, run, and jump. It bears our body’s weight and the force of the strong muscles of the hip and leg. Yet the hip joint is also one of our most flexible joints and allows a greater range of motion than all other joints in the body except for the shoulder.

The hip joint is a ball-and-socket synovial joint formed between the os coxa (hip bone) and the femur. A round, cup-shaped structure on the os coxa, known as the acetabulum, forms the socket for the hip joint. The rounded head of the femur Continue Scrolling To Read More Below... 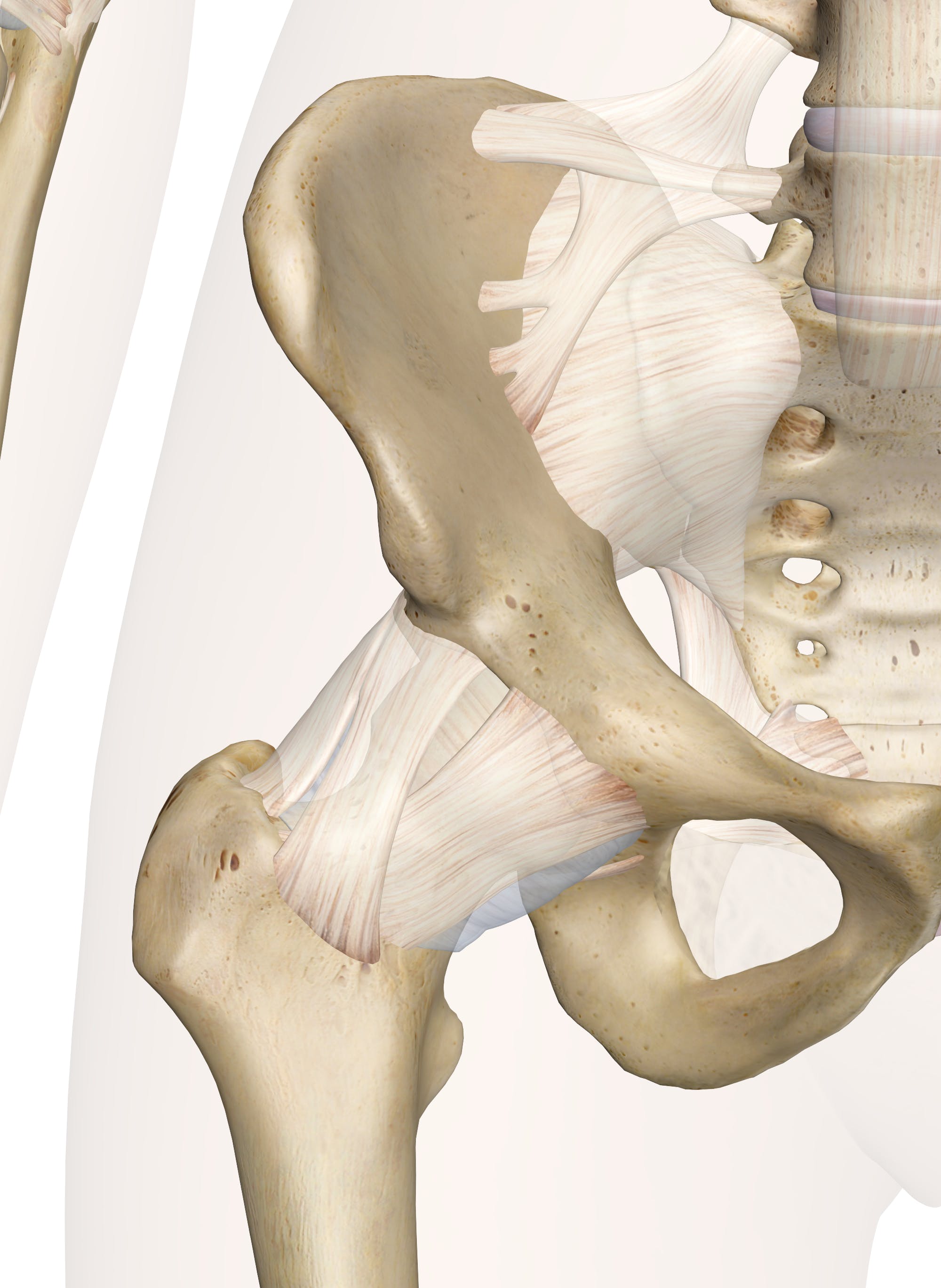 Continued From Above... forms the ball of the joint.

Hyaline cartilage lines both the acetabulum and the head of the femur, providing a smooth surface for the moving bones to glide past each other. Hyaline cartilage also acts as a flexible shock absorber to prevent the collision of the bones during movement. Between the layers of hyaline cartilage, synovial membranes secrete watery synovial fluid to lubricate the joint capsule.

Surrounding the hip joint are many tough ligaments that prevent the dislocation of the joint. The strong muscles of the hip region also help to hold the hip joint together and prevent dislocation.

Functionally, the hip joint enjoys a very high range of motion. The ball-and-socket structure of the joint allows the femur to circumduct freely through a 360-degree circle. The femur may also rotate around its axis about 90 degrees at the hip joint. Only the shoulder joint provides as high of a level of mobility as the hip joint. In addition to being flexible, each hip joint must be capable of supporting half of the body’s weight along with any other forces acting upon the body. During running and jumping, for example, the force of the body’s movements multiplies the force on the hip joint to many times the force exerted by the body’s weight. The hip joint must be able to accommodate these extreme forces repeatedly during intense physical activities.

If a knee or hip joint breaks in an accident or wears out in old age, a surgeon can replace it with a ball-and-socket joint made from metal and plastic and engineered in such a way that it will duplicate the motions of a human joint. Hip replacement was once impossible because, although joints could easily be produced in a laboratory, the human body rejected the materials. Sometimes the pins that held the artificial joint to other bones worked loose and required further surgery. Some joints, especially the artificial knee, didn’t work very well because they were designed like hinges that just opened one way. Later, when the designers realized the knee needed to rotate slightly, they produced a joint that would fulfill these movements as well.

Medical pioneers finally overcame bodily rejection by making the joints out of non-irritating, man-made materials. Surgeons have now perfected hip and knee replacement surgeries so that recipients are relieved of pain and can walk at a smoother pace.