The rounded distal end of the humerus is divided into two joint processes — the trochlea on the medial side and the capitulum on the lateral side. The pulley-shaped trochlea forms a tight joint with the trochlear notch of the ulna surrounding it. Continue Scrolling To Read More Below... 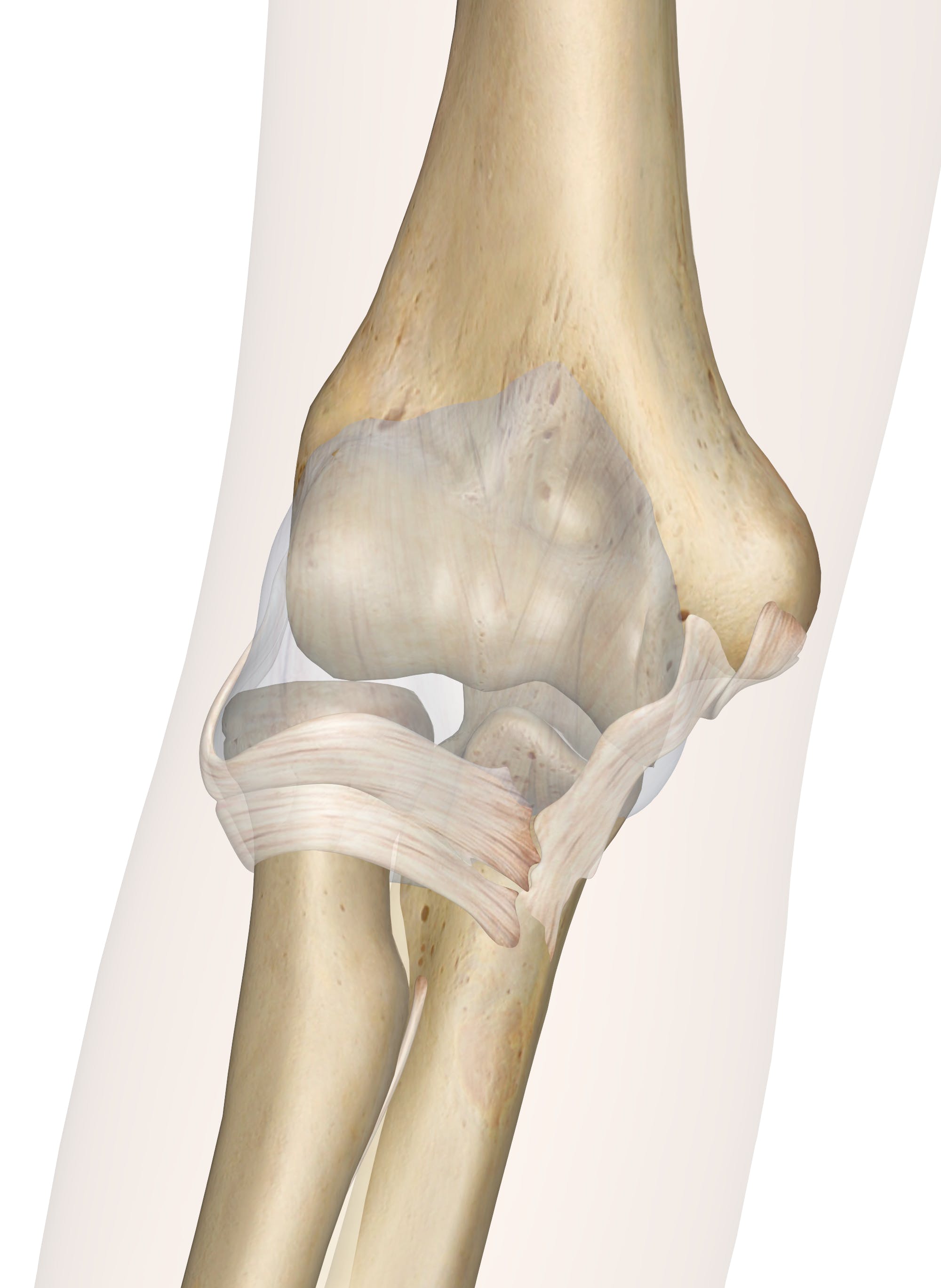 An extensive network of ligaments surrounding the joint capsule helps the elbow joint maintain its stability and resist mechanical stresses. The radial and ulnar collateral ligaments connect and maintain the position of the radius and ulna relative to the epicondyles of the humerus. The annular ligament of the elbow extends from the ulna around the head of the radius to hold the bones of the lower arm together. These ligaments allow for movement and stretching of the elbow while resisting dislocation of the bones.

Because so many muscles originate or insert near the elbow, it is a common site for injury. One common injury is lateral epicondylitis, also known as tennis elbow, which is an inflammation surrounding the lateral epicondyle of the humerus. Six muscles that control backward movement (extension) of the hand and fingers originate on the lateral epicondyle. Repeated strenuous striking while the muscles are contracted and against force — such as that occurring with the backhand stroke in tennis — causes strain on the tendinous muscle attachments and can produce pain around the epicondyle. Rest for these muscles will usually bring about recovery.