A need for strength makes the bones rigid, but if the skeleton consisted of only one solid bone, movement would be impossible. Nature has solved this problem by dividing the skeleton into many bones and creating joints where the bones intersect. Joints, also known as articulations, are strong connections that join the bones, teeth, and cartilage of the body to one another. Each joint is specialized in its shape and structural components to control the range of motion between the parts that it connects. Continue Scrolling To Read More Below... 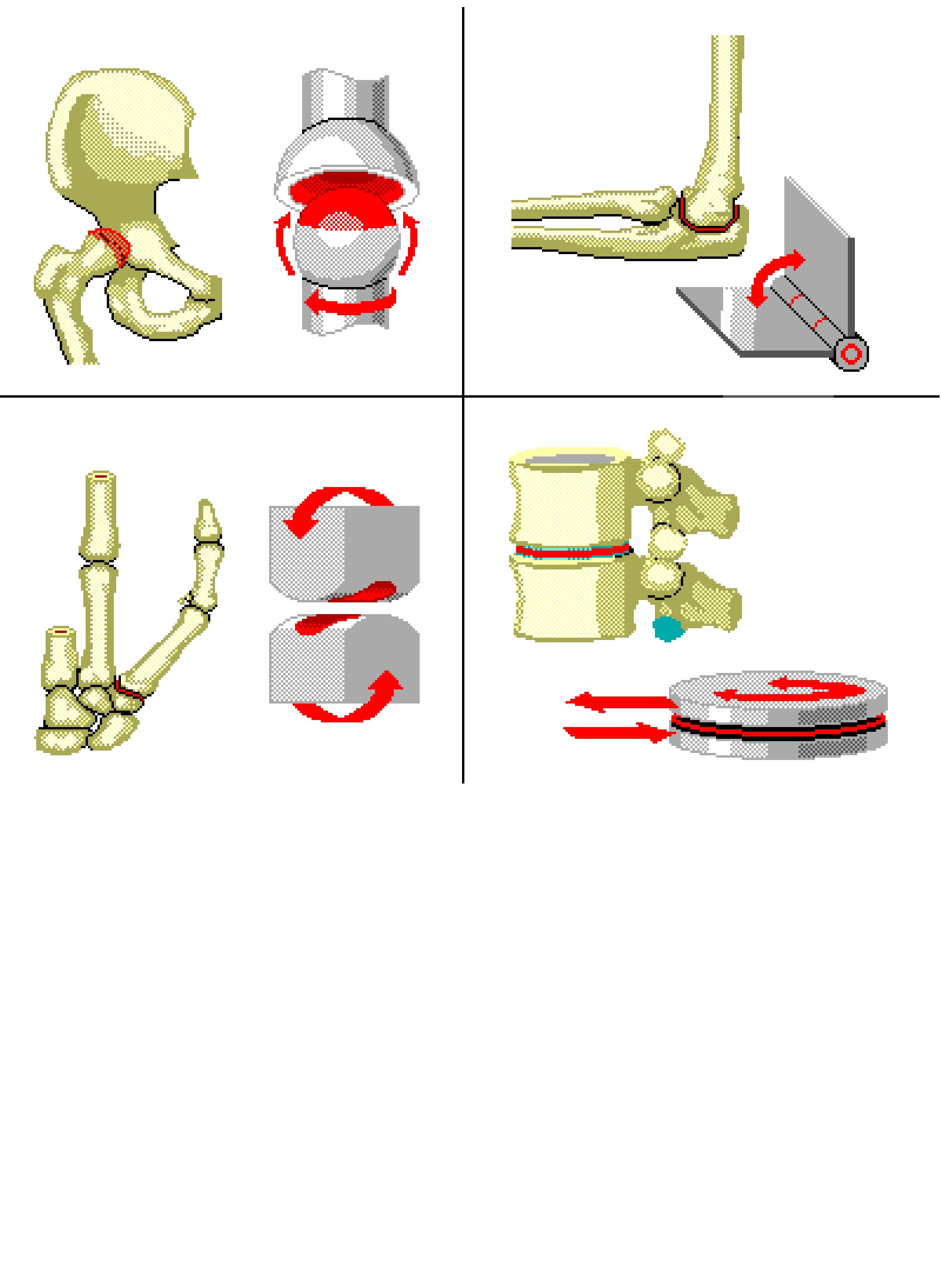 Joints may be classified functionally based upon how much movement they allow.

Joints may also be classified structurally based upon what kind of material is present in the joint.

There are many different classes of synovial joints in the body, including gliding, hinge, saddle, and ball and socket joints.