Stretching down the midline of the trunk from the base of the skull to the coccyx, the spine plays an extremely important role in our bodies as it supports the upper body’s weight; provides posture while allowing for movement and flexibility; and protects the spinal cord.

The spine, also known as the vertebral column or spinal column, is a column of 26 bones in an adult body — 24 separate vertebrae interspaced with cartilage, and then additionally the sacrum and coccyx. Continue Scrolling To Read More Below... 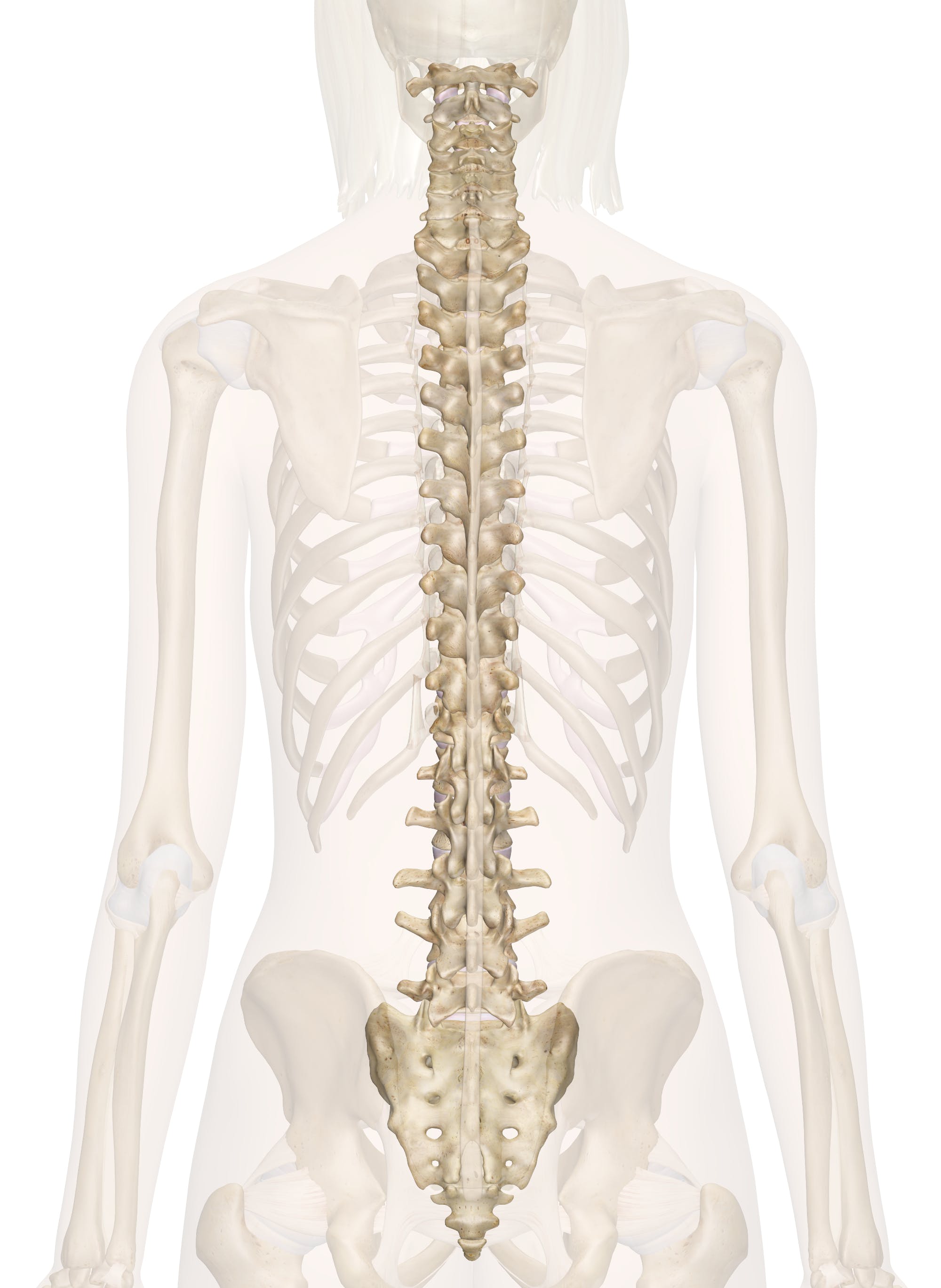 Continued From Above... Prior to adolescence, the spine consists of 33 bones because the sacrum’s five bones and the coccyx’s four do not fuse together until adolescence.

The vertebrae are named by the first letter of their region (cervical, thoracic, or lumbar) and with a number to indicate their position along the superior-inferior axis. For example, the fifth lumbar vertebra (which is most inferior one, located beneath the fourth lumbar vertebra) is called the L5 vertebra.

There are 5 major regions of the spine: