The penis is the male external excretory and sex organ. The penis contains the external opening of the urethra, which is used for urination and to deliver semen into the vagina of a female sexual partner. Erectile tissue inside the penis allows the penis to increase in size and become rigid during sexual stimulation. A penis’ erection helps to deliver semen deeper into the female reproductive tract during sexual intercourse.

The penis is located in the pubic region superior to the scrotum and inferior to the umbilicus along the body’s midline. Continue Scrolling To Read More Below... 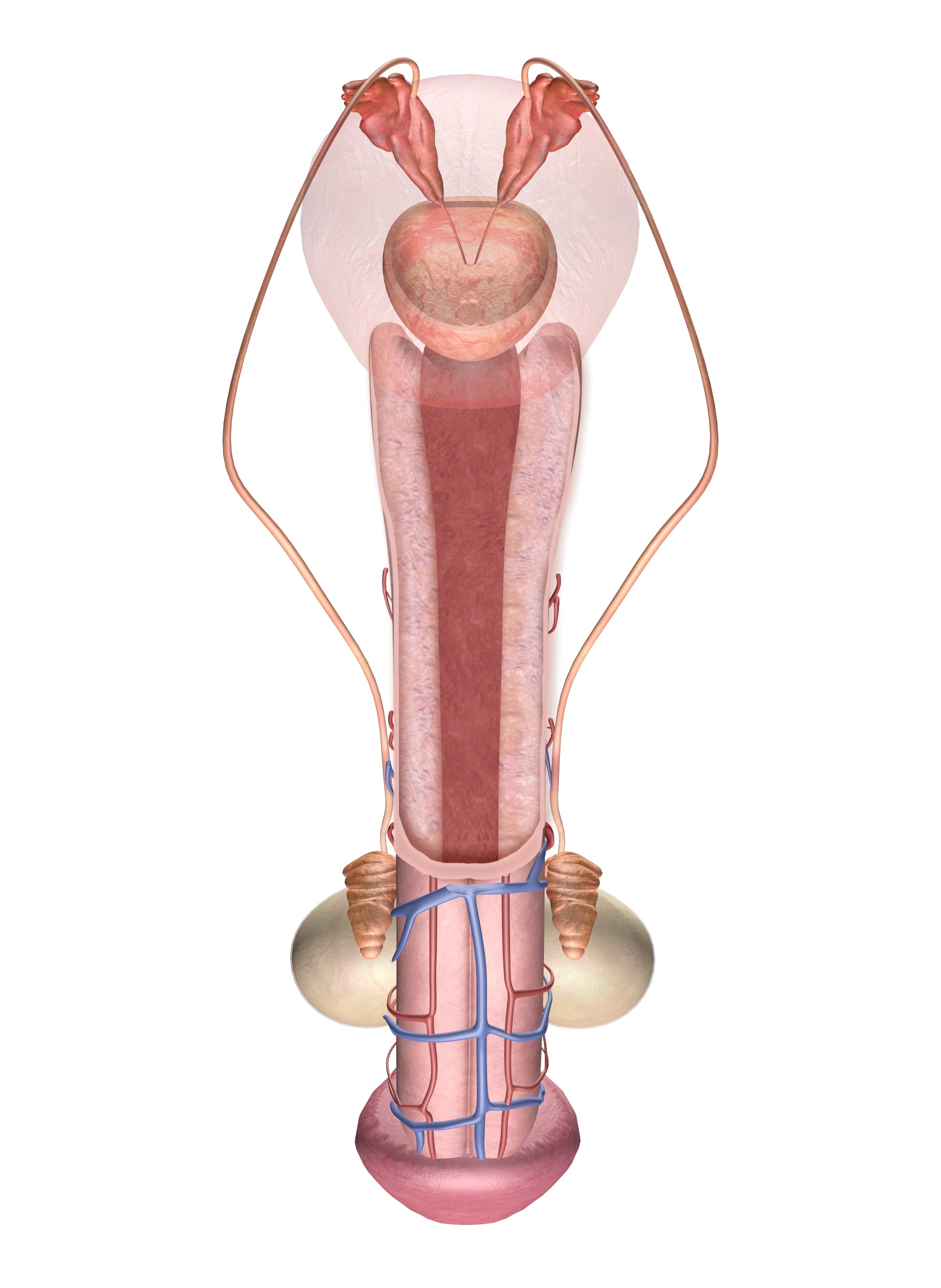 Continued From Above... It is made up of 3 major regions: the root, body, and glans.

The penis is an organ made of several distinct tissue layers. The outside of the penis is covered with skin that is continuous with the skin of the surrounding pubic region. Many sensory receptors in the penis’ skin allow it to receive sensory stimulation during sexual intercourse. Deep to the skin of the penis is a layer of subcutaneous tissue containing blood vessels and protein fibers that loosely anchor the skin to the underlying tissue.

Under the subcutaneous tissue is a tough and elastic layer of fibrous connective tissue known as the tunica albuginea. The tunica albuginea plays an important role by providing strength and support to the penis when it becomes erect. Inside the tunica albuginea are three masses of erectile tissue: the two corpora cavernosa and corpus spongiosum. The corpora cavernosa (singular: corpus cavernosum) fill the left and right dorsal regions of the penile body, while the corpus spongiosum surrounds the urethra on the ventral side of the body and in the glans. These regions of erectile tissue fill with blood to harden and enlarge the penis during times of sexual excitement.

The penis functions as both a reproductive organ and an excretory organ. As a reproductive organ, the penis becomes erect during sexual intercourse in order to deliver semen more effectively into the vagina. Semen travels through the urethra to the tip of the penis where it is ejaculated out of the body.

Erectile dysfunction is a much more common reproductive issue than some people realize. Did you know that it affects 20% of men in their twenties? The percentage of men with moderate symptoms of ED rises by about 10% each decade of men’s lives, so that by age 60, roughly 60% of men will experience ED. Subsequently the medical community has responded with increasingly effective and convenient treatment options. Check out our unbiased Hims ED review to learn more.

As an excretory organ, the penis delivers urine out of the body through the urethra.