Lymph nodes are a group of small, bean-shaped organs found mainly in the neck and trunk of the human body. They play vital roles in the filtration of lymph and in the generation of immune responses to pathogens. Lymph nodes are often removed from cancer patients as their filtration function catches tumor cells metastasized from primary tumors. Continue Scrolling To Read More Below... 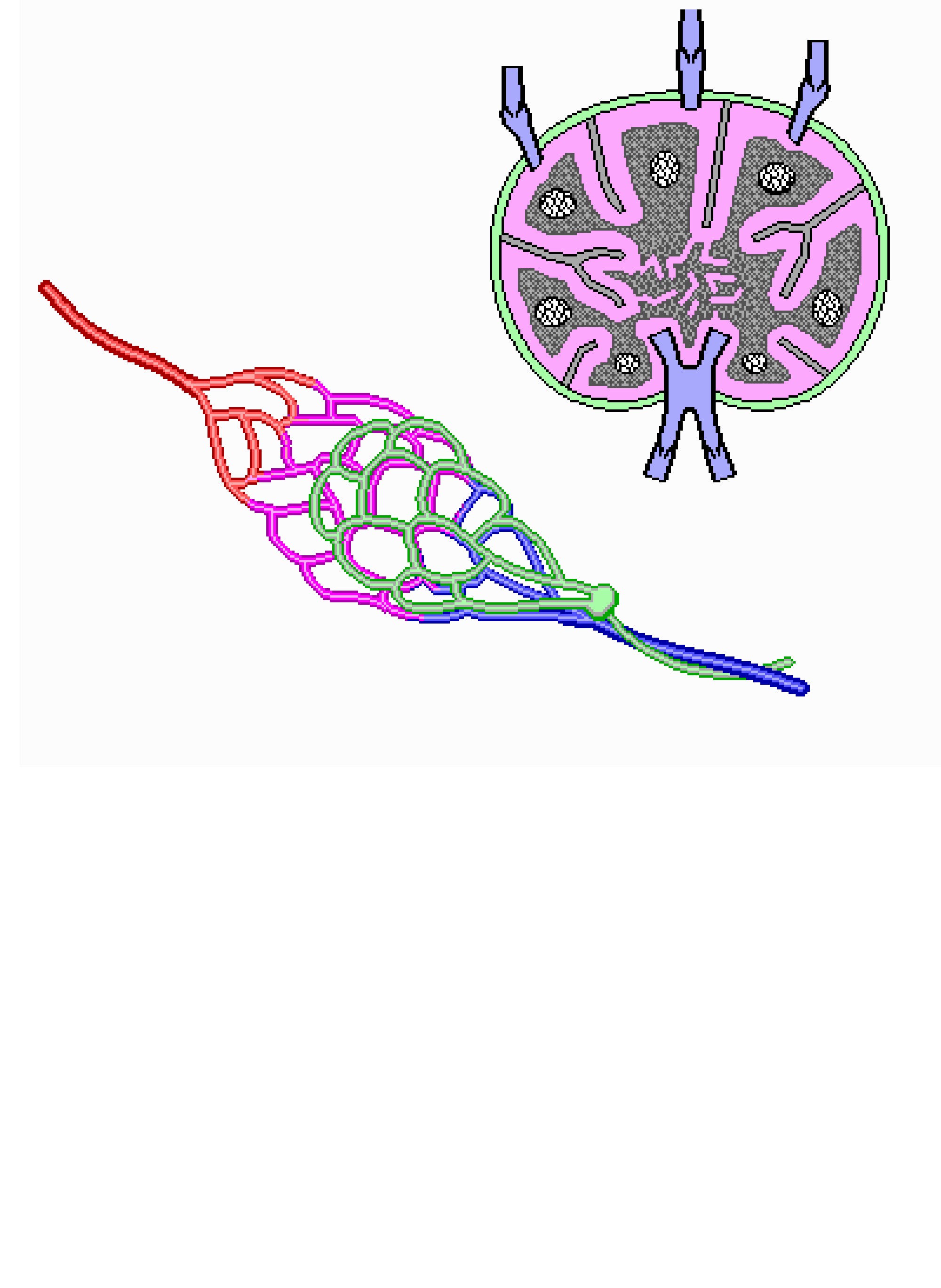 Lymph nodes are small kidney- or bean-shaped organs, usually less than one inch (2.6 cm) in length. They are found in clusters of several nodes in many regions of the body, especially in the neck, armpits, trunk, and groin. The exterior of each lymph node is connected to many smaller lymphatic vessels. Several afferent lymphatic vessels carry lymph toward the lymph node and terminate across the larger, convex side of the lymph node. In the center of the smaller concave side is a region known as the hilus that gives rise to one or more efferent lymph vessels, which carry lymph away from the lymph node.

Inside the capsule and sinuses the lymph node is filled with lymphatic tissue, which can be further divided into the superficial region known as the cortex and a deep region known as the medulla. The cortex is further divided into an inner cortex and outer cortex, each with distinct structures and functions. Many tiny masses of cells known as lymphatic follicles make up the bulk of the outer cortex. Each lymphatic follicle contains many B lymphocytes (B cells) that produce antibodies in response to infections. During active infections, the follicles develop germinal centers that act as factories to rapidly produce many B cells to fight the infection. The inner cortex contains mostly T lymphocytes (T cells) and dendritic cells that bring information about infections from other parts of the body.

The process of lymph filtration begins with afferent lymphatic vessels, which deliver lymph to the lymph node from the tissues or the body or from other lymph nodes downstream in the lymphatic circulatory route. After passing through the capsule, lymph enters a system of lymph sinuses, where it passes through a sieve-like mass of reticular fibers and immune cells. The reticular fibers capture large particles, including tumor cells and bacteria, while macrophages digest the trapped material. The filtered lymph exits the lymph node through the efferent lymph vessels.

The production of immune responses in the lymph node begins with dendritic cells. Dendritic cells are found distributed throughout the body, where they absorb antigens from dead cells and bacteria. After absorbing some antigens, they enter the lymph system and travel with lymph through afferent lymph vessels to a lymph node. The dendritic cells migrate into the lymphatic tissue in the inner cortex, where they present their absorbed antigens to T cells. T cells identify the antigens as being either self antigens belonging to the body’s cells or foreign antigens belonging to invading cells. Foreign antigens trigger T cells to initiate the immune response by activating B cells, which produce antibodies to fight the infection. Many of these antibodies are secreted directly into the bloodstream by B cells in the medulla, which contains many blood vessels.