The supraneal, or adrenal, glands are a pair of glands that secrete hormones directly into the bloodstream. Each gland can be divided into two distinct organs. The outer region, the adrenal cortex, secretes hormones which have important effects on the way in which energy is stored and food is used, on chemicals in the blood, and on characteristics such as hairiness and body shape. The smaller, inner Continue Scrolling To Read More Below... 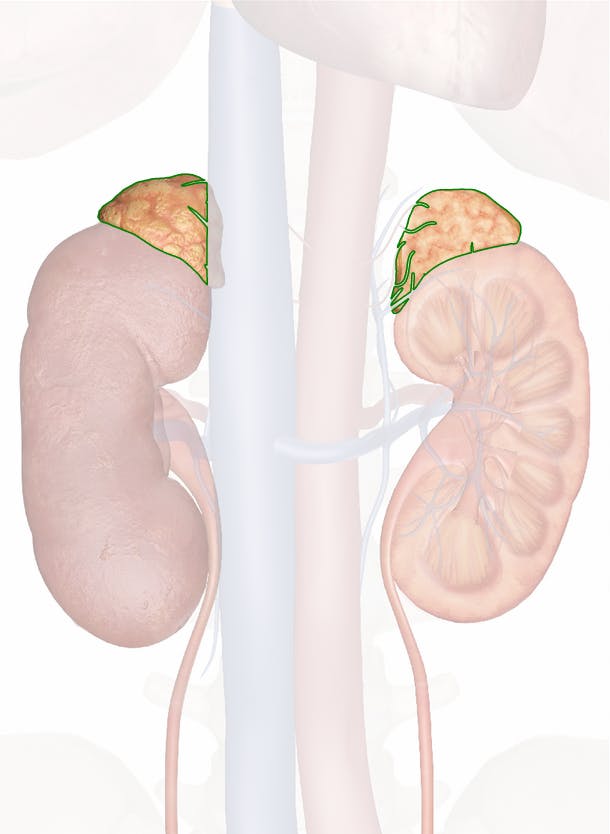 Continued From Above... region — the adrenal medulla — is part of the sympathetic nervous system and is the body’s first line of defense and response to physical and emotional stresses.

The adrenal glands are shaped like the French Emperor Napoleon’s hat and, just as Napoleon’s three-cornered hat sat on his head, so each gland is perched on each of the kidneys. These glands are about one to two inches in length; they weigh only a fraction of an ounce each, yet are among the most productive of all of the body’s glands, secreting more than three dozen hormones. The adrenal cortex takes instruction from the pituitary gland and has important effects on physical characteristics, development and growth.

The adrenal gland has two parts: