The pituitary gland is a pea-sized gland located in the center of the skull, inferior to the hypothalamus of the brain and posterior to the bridge of the nose. It is an important link between the nervous and endocrine systems and releases many hormones which affect growth, sexual development, metabolism and human reproduction.

The pituitary gland, also known as the hypophysis, is connected to the hypothalamus of the brain by a tiny isthmus of nervous tissue called the infundibulum. Continue Scrolling To Read More Below... 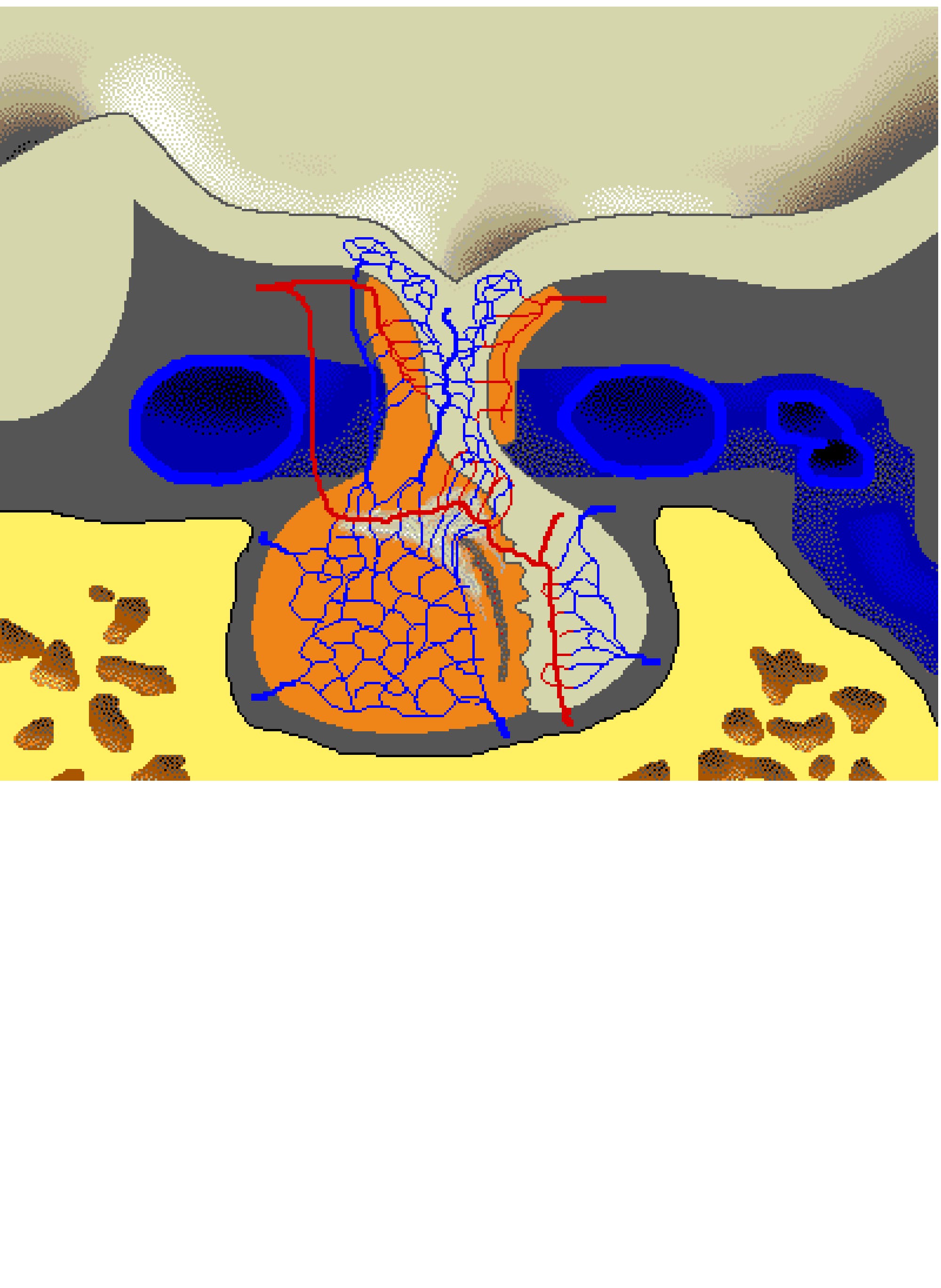 Continued From Above... It sits within a small cavity in the sphenoid bone of the skull known as the hypophyseal fossa. Thus the sphenoid bone surrounds and protects the delicate pituitary gland from damage by external forces.

While the pituitary gland has previously been considered to be a single structure in the body, further study of its structure has revealed that in fact it is made of two structurally and functionally distinct regions.