The nose is commonly known as the organ that produces the sense of smell, yet it is the structures deep to the nose in the nasal cavity that produce this important sense. Using the complex olfactory system of the nasal cavity, humans can differentiate at least 5,000 to 10,000 different scents. Flanking the nasal cavity are the infamous sinuses, which produce pain and discomfort when inflamed. Yet, in spite of their infamy, the sinuses provide several important functions to the head. Continue Scrolling To Read More Below... 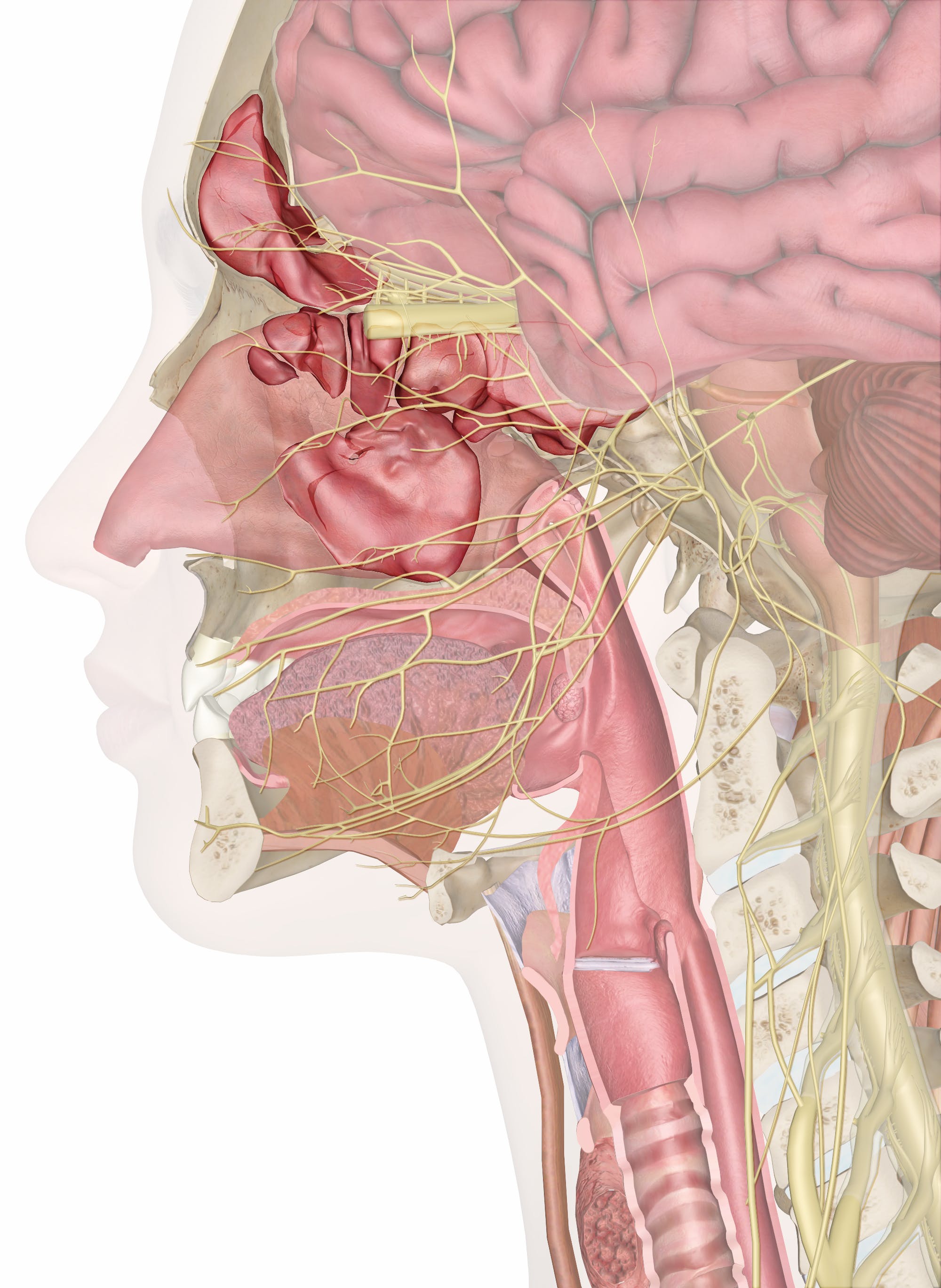 The nose is a structure of bone, cartilage, skin, and muscle that extends from the face and forms the anterior wall of the nasal cavity. Deep to the nose is the hollow nasal cavity, which contains many folds of epithelium-covered bone. These convolutions of the nasal cavity increase its surface area and direct the flow of air through the cavity on its way to and from the lungs.

The nose plays many important roles in the conduction of air into the lungs. Air entering the nose from the body’s exterior is often quite different in temperature and humidity from the air within the body. The convoluted inner structure of the nose increases the surface area of the respiratory tract and forces air to contact the mucous membranes lining the nasal cavity. As air passes over the mucous membranes, it is warmed and humidified so that it does not shock the delicate lungs. Hairs and mucus on the interior of the nose also catch any solid debris before it can enter the lungs. As air is exhaled from the lungs, it passes back through the nose where its moisture and heat is trapped by the membranes and used to warm and humidify the next breath of air.