The vertebrae and the spinal cord are vital structures of the skeletal and nervous systems in the neck and torso of the human body. Almost all nerve signals traveling to and from the body below the head pass through the spinal cord, making it the information superhighway of the body. The vertebra forms a bony protective conduit for the spinal cord while also providing strength and support to the soft tissues of the head, neck, and trunk.

The spinal cord is a thick cable of nervous tissue extending from the medulla oblongata of the brain stem to the neck and torso. Viewed in a cross-section, it has a roughly oblong shape with white matter on its exterior and a butterfly-shaped region of gray matter on its interior. A small, circular tube-like cavity known as the central canal sits in the center of the gray matter. The central canal is filled with cerebrospinal fluid, which circulates from the ventricles of the brain to the central canal and around the surface of the spinal cord.

White matter looks white because of the myelin sheath covering its axons. While the spinal cord’s white matter appears undifferentiated to the naked eye, it contains many smaller structures within its tissues. Several shallow furrows (known as sulci) and a deep furrow (known as the anterior median fissure) penetrate the white matter and divide it into several regions. Each of these regions, or columns, contains thousands of axons traveling between the brain and the body’s tissues. The columns are further divided as axons traveling to the brain form clusters known as ascending tracts while axons leaving the brain form descending tracts.

The vertebra provides several crucial functions to the body. First, it acts as a structural component of the spine, bearing body weight, anchoring muscles and the spinal cord, and forming joints with other vertebrae and ribs that allow the torso and neck to move. Second, the vertebra protects the delicate tissues of the spinal cord by surrounding it with hard bone tissue. The spinal cord acts as a conduit for information between the brain and the body below the neck. Descending nerve signals from the brain pass through the white matter to activate the muscles, glands, and organs of the body, while ascending nerve signals carry sensory information from the tissues of the body to the brain.

Another function of the spinal cord is maintaining muscle tone and producing reflexes. The integration of sensory information produces spinal reflexes in the spinal cord to cause a motor response to stimuli faster than the distant brain could make the same response. An example of a spinal reflex is withdrawing the hand when it detects pain. The spinal cord creates this response before the brain becomes aware of the stimulus to prevent further damage to the affected tissues. 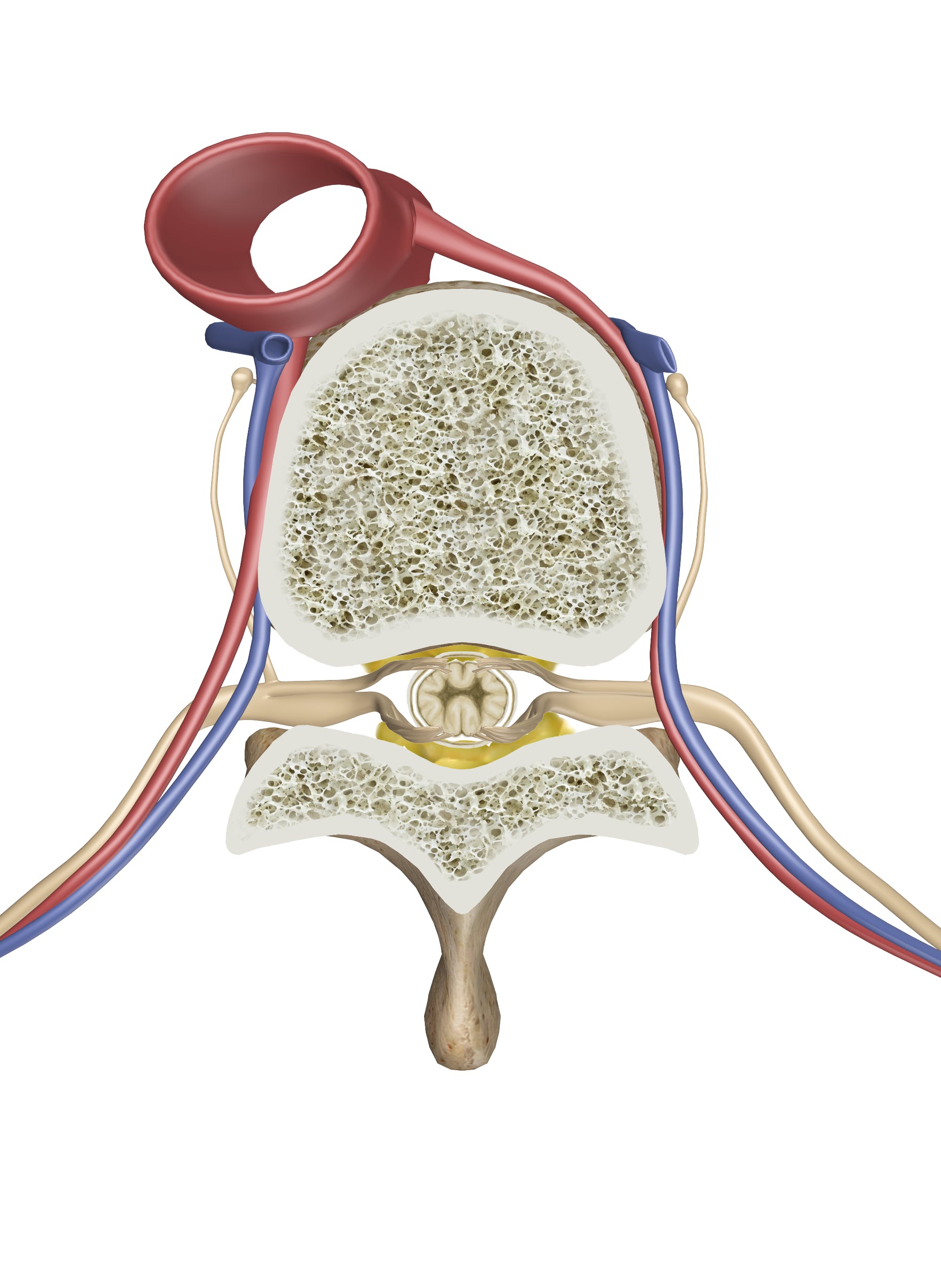