The annulus fibrosus is a ring-shaped structure made of tough yet flexible fibrocartilage with many collagen fibers. Fibrocartilage consists of chondrocyte cells that produce a gelatinous extracellular matrix containing water, gel-like proteoglycan proteins, and strong collagen protein fibers. The collagen fibers run in parallel bands and weave together to form a dense ring of protein attached at the roughened edge of the vertebral bodies and connecting the vertebral bodies to each other.

Intervertebral discs play a vital role in forming joints and increasing the flexibility of the spinal column. Each intervertebral disc forms a symphysis, or a cartilaginous joint made of fibrocartilage, between two adjoining vertebrae. A symphysis is classified functionally as an amphiarthrosis, a semi-flexible joint that is more flexible than an immovable synarthrosis, but less flexible than a freely moving synovial joint. For example, it takes the full range of movement at all six intervertebral joints in the neck to laterally flex the neck enough to turn the head sideways. The gel matrix of the intervertebral disc allows the vertebral bodies to move relative to one another while the collagen fibers anchor the vertebrae and maintain the alignment of the spinal column.

The intervertebral discs are under a high amount of strain throughout one’s lifetime and are therefore susceptible to many injuries. A herniated disc, also known as a slipped, bulging, or ruptured disc, may occur when an intervertebral disc is subject to extreme forces. During herniation, the annulus fibrosus ruptures and the soft nucleus pulposus protrudes out of the disc. The protruding disc material often pushes on the nearby spinal cord or spinal nerves, causing pain, numbness, or paralysis. Many nonsurgical treatments, such as physical therapy and treatment with NSAID medication are commonly prescribed, but surgical intervention may be used in severe cases to remove the disc material pressing on the nervous tissue.

Another common condition is disc degeneration, where the material in the disc thins and becomes less shock absorbent, leading to increased back pain. Disc degeneration becomes more common as people age and leads to most of the decrease in height seen in the elderly. Many treatments, including NSAID medications, physical therapy, and exercise are commonly used to treat disc degeneration. 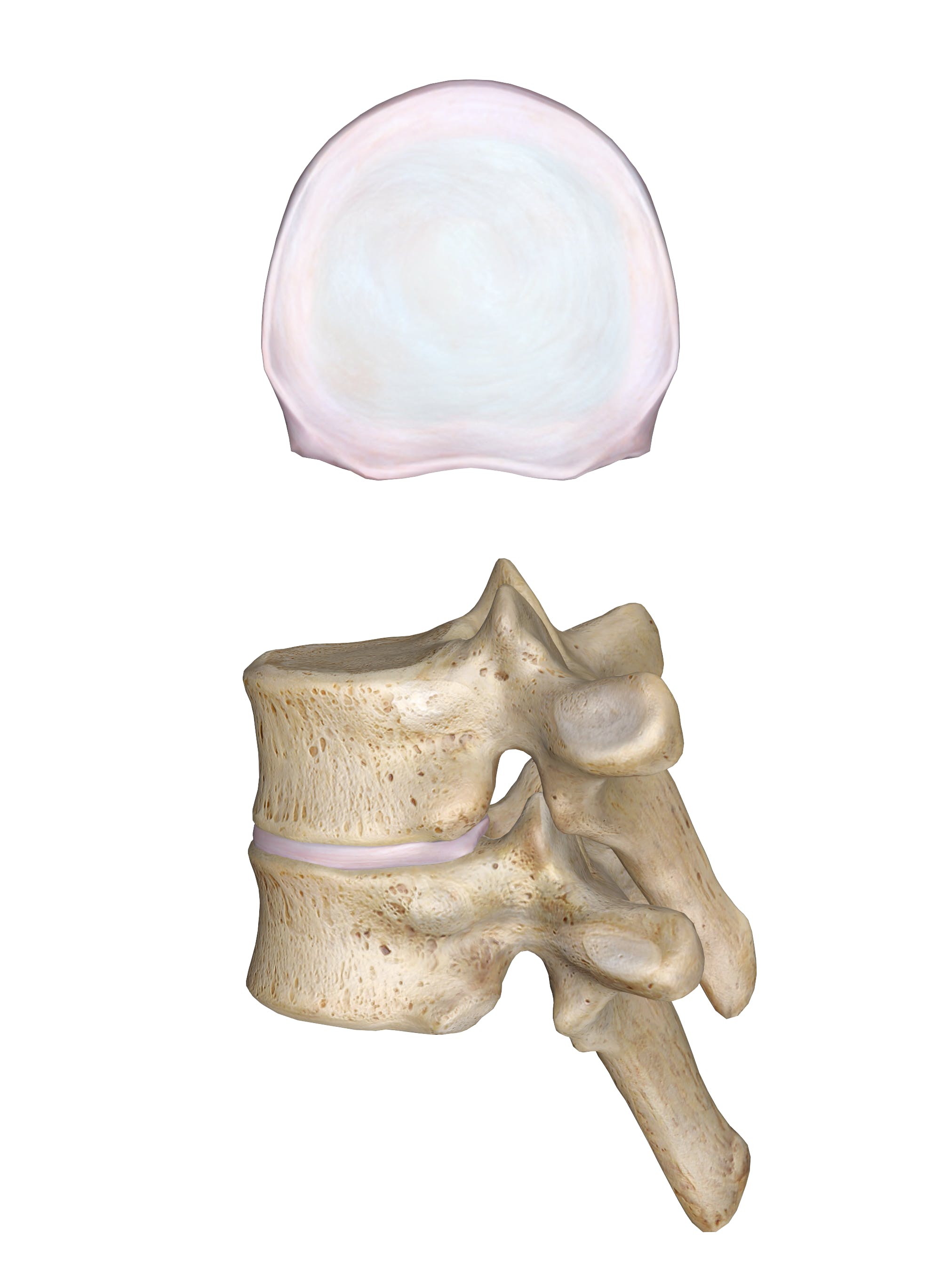