Located in the lower torso, the pelvis is a sturdy ring of bones that protects the delicate organs of the abdominopelvic cavity while anchoring the powerful muscles of the hip, thigh, and abdomen. Several bones unite to form the pelvis, including the sacrum, coccyx (tail bone), and the left and right coxal (hip) bones.

Throughout childhood, the pelvis is made of many smaller bones that eventually fuse during adulthood to form a more rigid pelvis. Each of the coxal bones begins as three separate bones: the ilium, ischium, and pubis. Continue Scrolling To Read More Below... 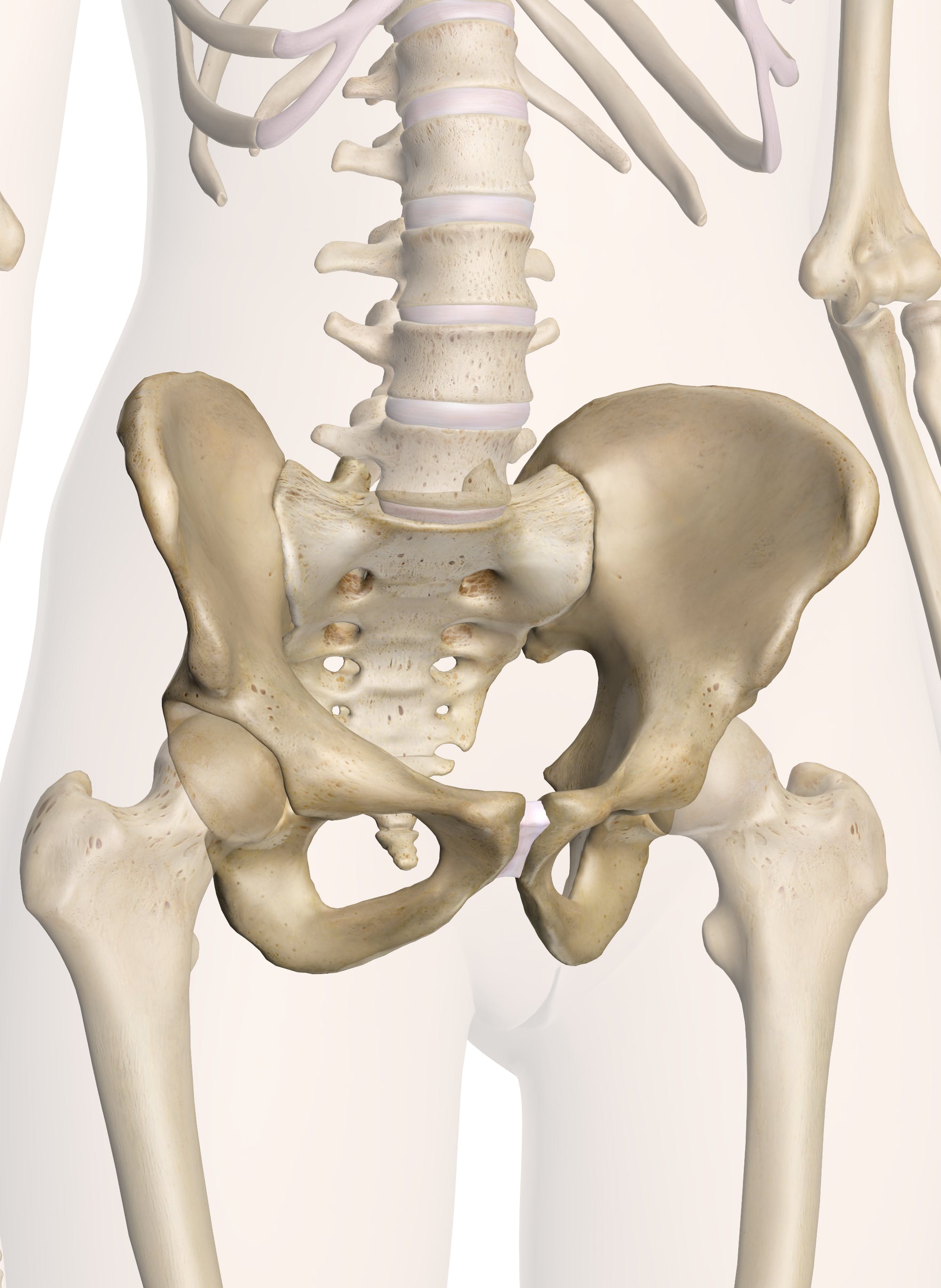 The bones of the adult pelvis join together to form four joints: the left and right sacroiliac joints, the sacrococcygeal joint, and the pubic symphysis.

Many significant structural differences, or sexual dimorphisms, exist between the male and female pelvis. Most of these differences relate to the female reproductive system and the roles of pregnancy and childbirth in the female. The bones of the male pelvis are larger, thicker, and heavier than those of the female and there is very little hollow space within the ring of the pelvic bones. The female pelvis by comparison is significantly shorter and wider, which provides a greater hollow space within for the head of a fetus to pass through during childbirth. The sacrum and coccyx curve much more but are located more posteriorly in the female pelvis to increase the space of the pelvis. Even the shape and angle of the acetabulum and hip joint differ between males and females. The female acetabulum is rotated more anteriorly than in males, resulting in differences in walking gait and posture between men and women.