Bones of the Ear

The bones of the ear, also known as the auditory ossicles, are the three smallest bones in the human body. These bones play an important role in the sense of hearing by transmitting sounds to the inner ear.

The three auditory ossicles — the malleus, incus, and stapes — are tiny bones found in the middle ear. Each bone is named in Latin for its shape: 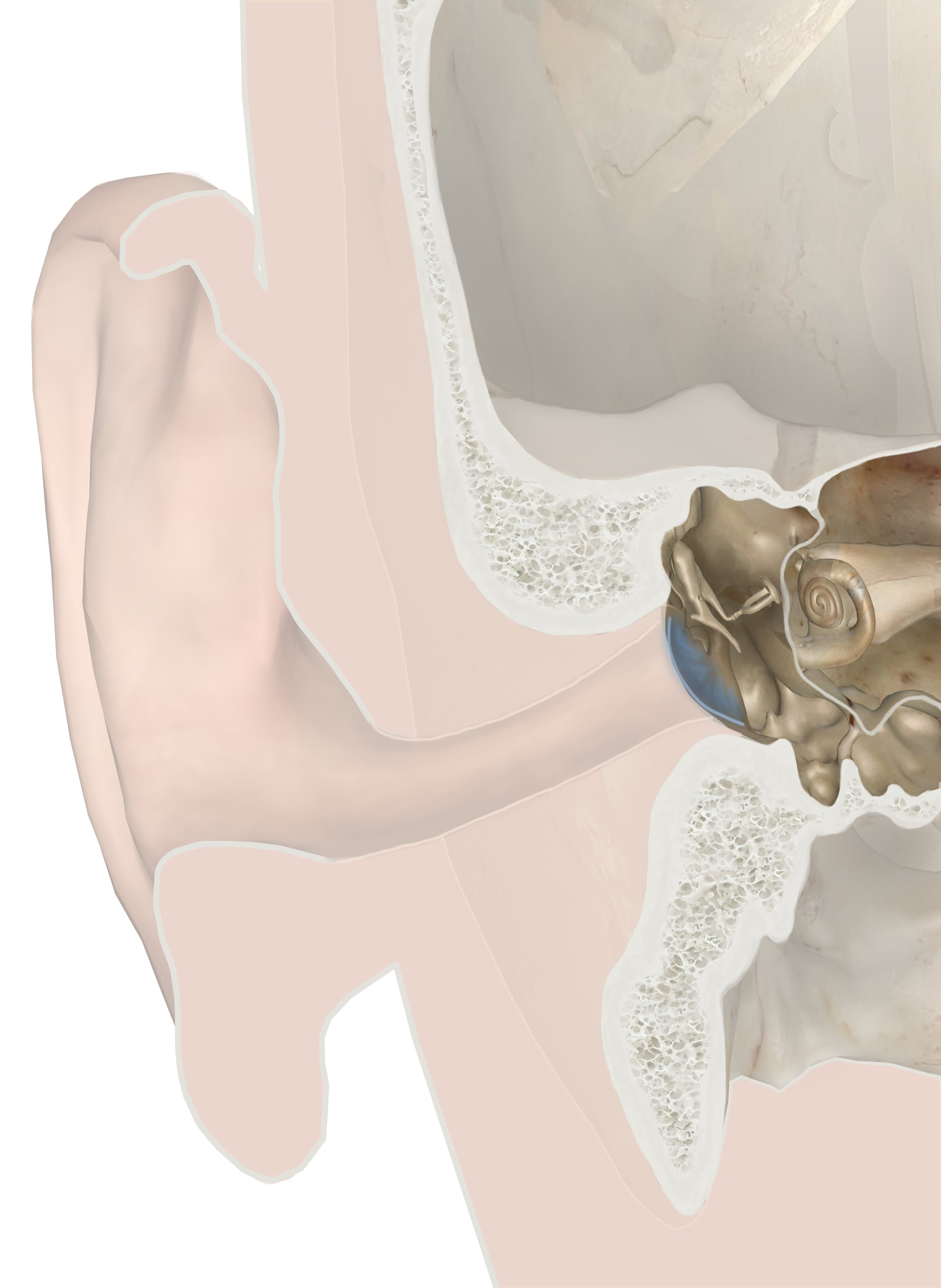 The hammer-like malleus is the most lateral of the ossicles and has a large, rounded head on its superior end, which tapers to a narrow neck and handle on its inferior end. It is connected to the tympanic membrane, or eardrum, at the handle and forms a synovial joint with the incus at the head.

The stirrup-shaped stapes is the smallest ossicle with a hollow space in the middle. The stapes begins with a tiny cylindrical head where it meets the incus before splitting into two parallel columns of bone known as the anterior and posterior crus. These columns end suddenly at the flat, oblong base that rests within the oval window and conducts sounds into the inner ear.

The main function of the auditory ossicles is the conduction of sounds to the inner ear where they transduced into nerve signals and sent onward to the brain. Sound waves entering the ear pass through the auditory canal of the outer ear and trigger vibrations in the tympanic membrane. These vibrations are conducted into the malleus, which is connected to the tympanic membrane through its handle region. The malleus conducts its vibrations into the incus through its synovial joint and the incus likewise conducts vibrations into the stapes. Finally, the vibrations of the stapes push its base back and forth through the oval window to form new waves in the endolymph of the inner ear.

The secondary function of the auditory ossicles is the attenuation of sound waves to control the volume of sounds reaching the inner ear. A pair of skeletal muscles, the tensor tympani and stapedius, contract to reduce the vibration of the malleus and stapes in response to loud sounds. Sound attenuation is very important in daily life by limiting the sounds produced during chewing and the sound of one’s own voice while talking.