The cervical vertebrae are stacked along the length of the neck to form a continuous column between the skull and the chest. Continue Scrolling To Read More Below... 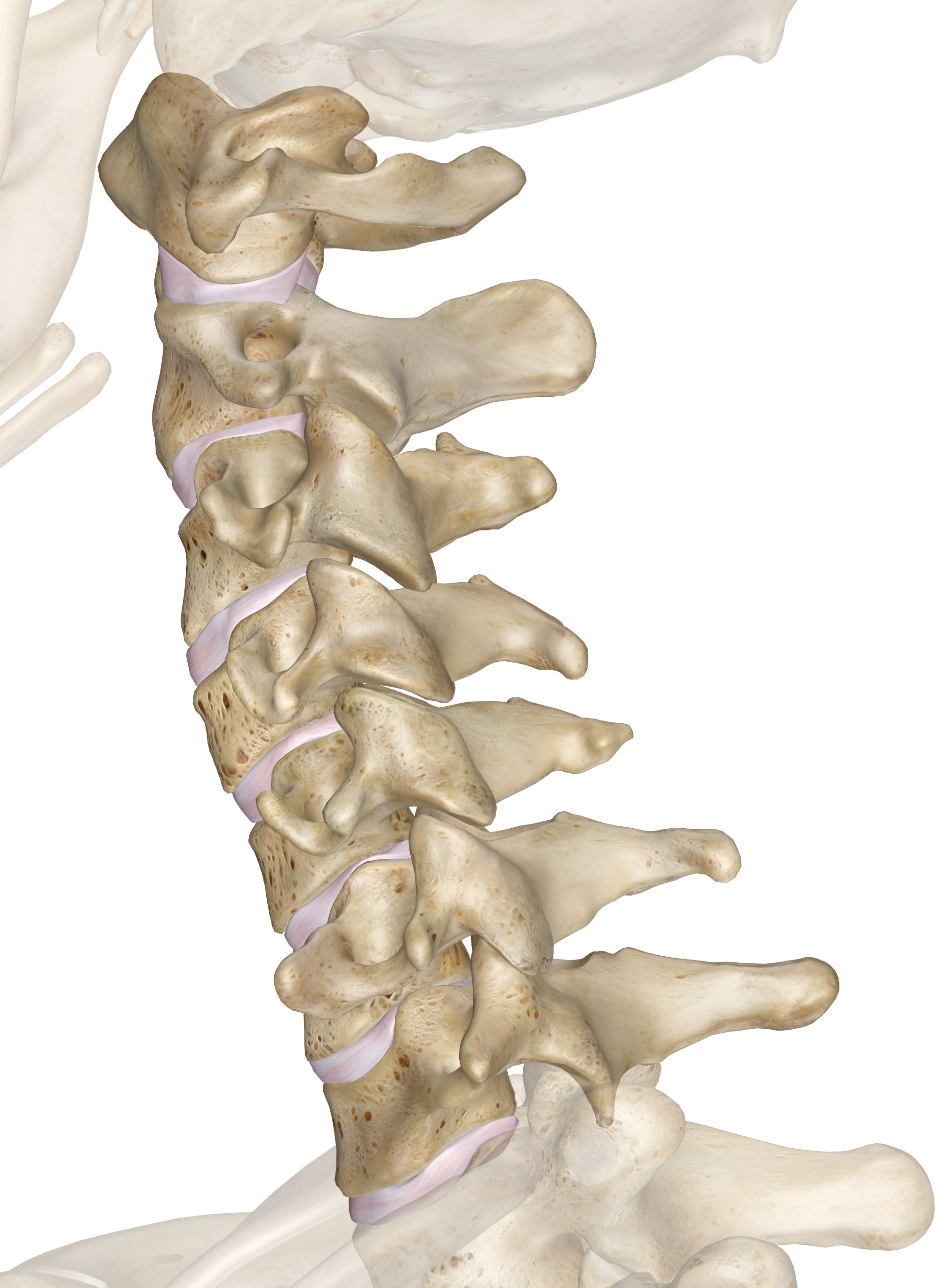 Extending from the vertebral arch are several bony processes that are involved in muscle attachment and movement of the neck. The spinous process extends from the posterior end of the arch and serves as a connection point for the muscles that extend the neck, such as the trapezius and spinalis muscles. On the left and right lateral sides of each vertebra is a transverse process that forms the insertion point for the muscles of the erector spinae group that extend and flex the neck.

A thickened region of bone known as the body lies anterior to the vertebral foramen and forms the main bone mass in all vertebrae except for the atlas. The bodies strengthen the vertebrae and support most of the weight of the tissues of the head and neck. Intervertebral disks made of rubbery fibrocartilage lie between the vertebral bodies to provide slight flexibility to the neck. Lateral to the vertebral bodies are flattened facets that form joints with the neighboring vertebrae and skull, allowing movement among the vertebrae. The axis has a very distinct shape due to the presence of the odontoid process, a tooth-like prominence that extends from its body superiorly toward the axis. The odontoid process serves as the axis upon which the atlas rotates at the atlantoaxial joint.