The acromioclavicular ligament plays an essential role in the shoulder by reinforcing and aligning the acromioclavicular joint. Gliding movements of the scapula relative to the clavicle at the planar AC joint allow the entire shoulder to elevate, depress, and rotate. Elevation and depression allow us to shrug our shoulders, which is useful for lifting heavy weights. The shoulder rotation is critical as it greatly increases the vertical range of motion when abducting the arm at the shoulder. By itself, the glenohumeral portion of the shoulder (between the humerus and glenoid cavity of the scapula) only permits the arm to abduct to the horizontal position; further abduction requires the rotation of the scapula at the AC joint.

Shoulder separation — another name for dislocation of the AC joint — is a common stress injury resulting from contact sports and falls. People often land on their shoulder or extend their arm to break their fall, resulting in energy transfer from the falling body weight to the shoulder. The sudden impact pushes the arm forcefully toward the trunk, elevating the clavicle, dislocating the AC joint, and straining or tearing the acromioclavicular ligament. 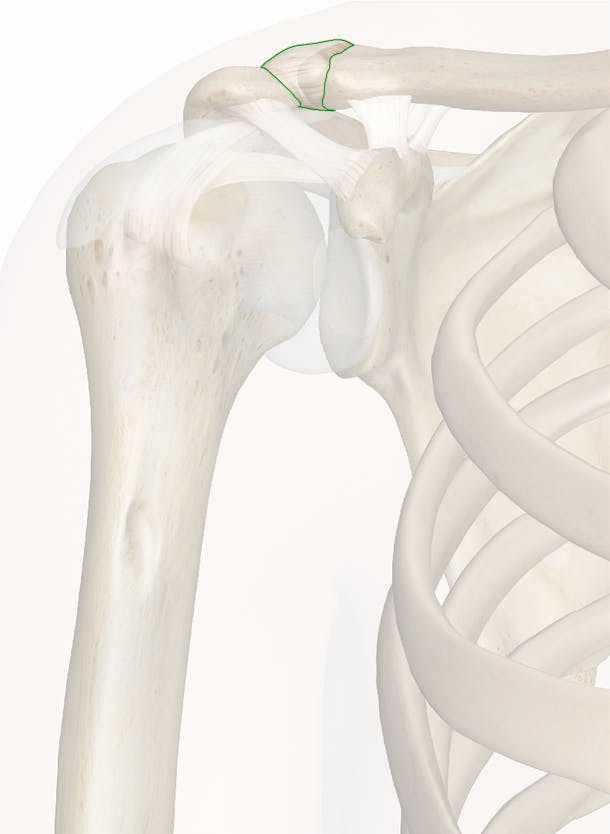