Deep Muscles of the Leg and Foot (Second Posterior View)

The deep muscles of the leg and foot work to support and propel the body. From the strongest muscle in your body, the gluteus maximus, to the finer muscles that run between the phalanges of the toes, the muscles of the lower extremities can exert tremendous power while constantly maintaining balance—whether the body is at rest or in motion.

Muscles and tendons anchor the joints at the pelvis, knee, and ankle together with the major bones of the leg and those of the foot. Continue Scrolling To Read More Below... 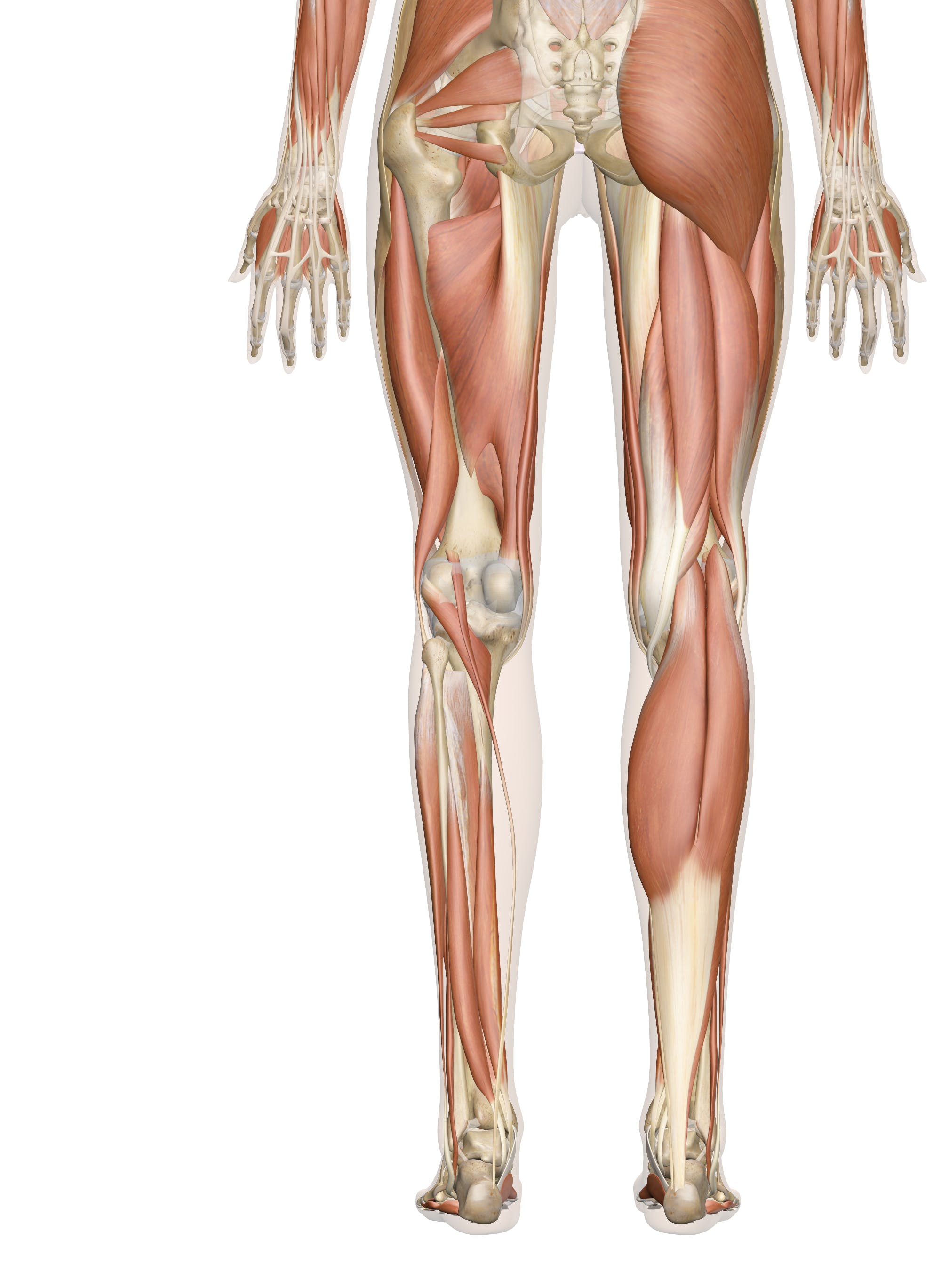 Continued From Above... Many of these muscles are particularly large. This includes the hamstring muscles, and their tendon (hamstring), which flex and rotate the leg laterally and extend the thigh.

The deep muscles of the upper leg include the gluteus maximus, gluteus medius, gluteus minimus, piriformis, superior gemellus, inferior gemellus, quadriceps femoris, semimembranosus, semitendinosus, popliteus, and the biceps femoris. These hip and thigh muscles help flex and rotate the leg as well as extend the thigh.

The hamstring muscle on the back of the thigh is made up of the semimembranosus, semitendinosus, and the biceps femoris. The gluteus maximus, medius, and minimus muscles are all part of the buttock. They cause the leg to straighten at the hip, move the thigh out and rotate it medially, as well as allow the body to rise from a sitting position.

Below that, the complex ligamentous system of the knee is the site of muscle attachment for some of the most powerful muscles in the body. And below the knee, a number of muscles that function to move the ankle, foot, and toes are located in the lower leg. Included here are the muscles of the calf, which join the strong Achilles tendon, descend to the heel, and attach to the calcaneus. Altogether, they are responsible for a variety of movements of the foot and ankle, in addition to maintaining balance when the body is at rest.

The deep muscles of the lower leg and foot include the popliteus, the tibialis posterior, the flexor hallucis longus, and the flexor digitorum longus.

The popliteus unlocks the knee joint. The tibialis posterior, one of the main stabilizing muscles in the lower leg, comes from the interosseus membrane and the surrounding areas of bone. The medial malleolus passes in front of it. It separates into a thicker and a weaker part along the bottom of the foot. The thicker medial portion attaches to the navicular bone and the lateral weaker portion inserts into three cuneiform bones.

From the interosseus membrane and the fibula, the flexor hallucis longus is formed. Its tendon stretches to the bottom of the foot to attach at the bottom of the hallux’s last phalanx. This muscle helps with supination and allows the hallux to plantarflex.

The flexor digitorum longus comes from the tibia’s upper part. The tendon for this muscle also goes to the foot’s bottom. Here it separates into four tendons and attaches to the four lateral toes’ last phalanges.