Muscles of the Eye

Six skeletal muscles surround the eye and control the many diverse movements of the eyes. These muscles, although small and not particularly strong, are exceptionally fast and precise. They allow the eye to perform many complex tasks, including tracking moving objects, scanning for objects, and maintaining a stable image on the retina.

Six skeletal muscles surround and move the eye, working against each other to produce various eye movements. Continue Scrolling To Read More Below... 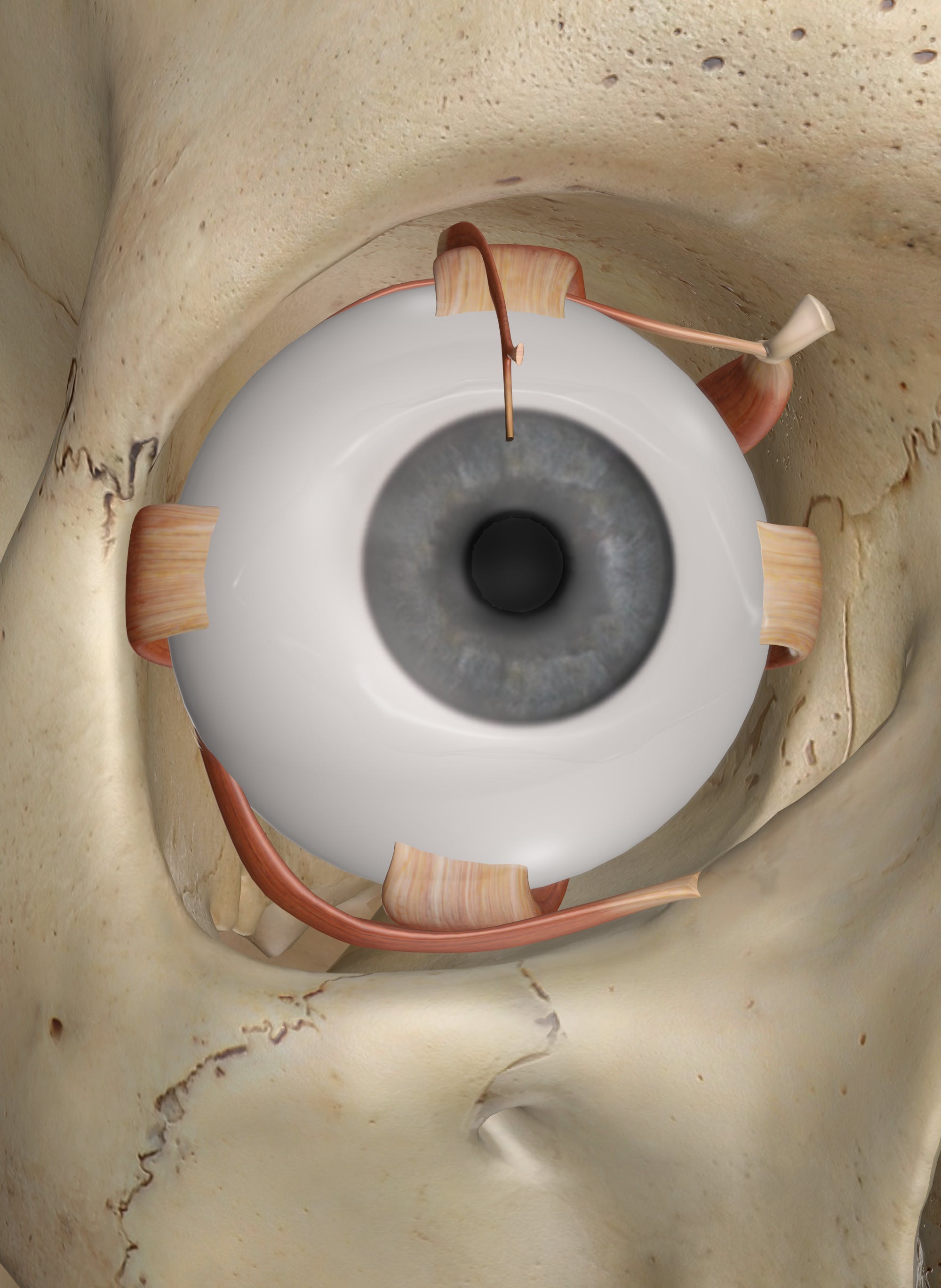 Continued From Above... All of these muscles, except for the inferior oblique muscle, arise from a tendinous band surrounding the optic nerve. This band, known as the annulus of Zinn, anchors the muscles of the eye to the posterior of the orbit while providing holes for the nerves of the eye to enter the orbit.

The muscles of the eyes perform several specialized functions to aid in vision. When looking at a large area, the muscles perform a scanning function, known as saccades, to provide vital information to the brain. During saccades, the eyes dart between several points in the field of view to provide information about the scene to the brain. A small region of the retina, known as the fovea, has the highest concentration of cones and produces the most detailed visual images. Saccades allows the fovea to produce clear images of the most important parts of an image to the brain for fast analysis.

Another important function is tracking moving objects across the visual field. The brain sends many signals to the muscles of the eye to quickly adjust the eye’s position so that a moving object of interest remains within the fovea and can be seen clearly.

Finally, the muscles of the eye adjust the position of each eye subtly to produce a single, binocular image. This process is known as vergence, and prevents the double vision and blurred vision that would result from different images being presented to the visual cortex of the brain. Looking down at the tip of your nose or crossing your eyes voluntarily stops vergence, producing double vision and an uncomfortable sensation.