Deep Muscles of the Head and Neck (Posterior View)

The muscles of the face are unique among groups of muscles in the body. While most muscles connect to and move only bones, facial muscles mostly connect bones to skin. Continue Scrolling To Read More Below... 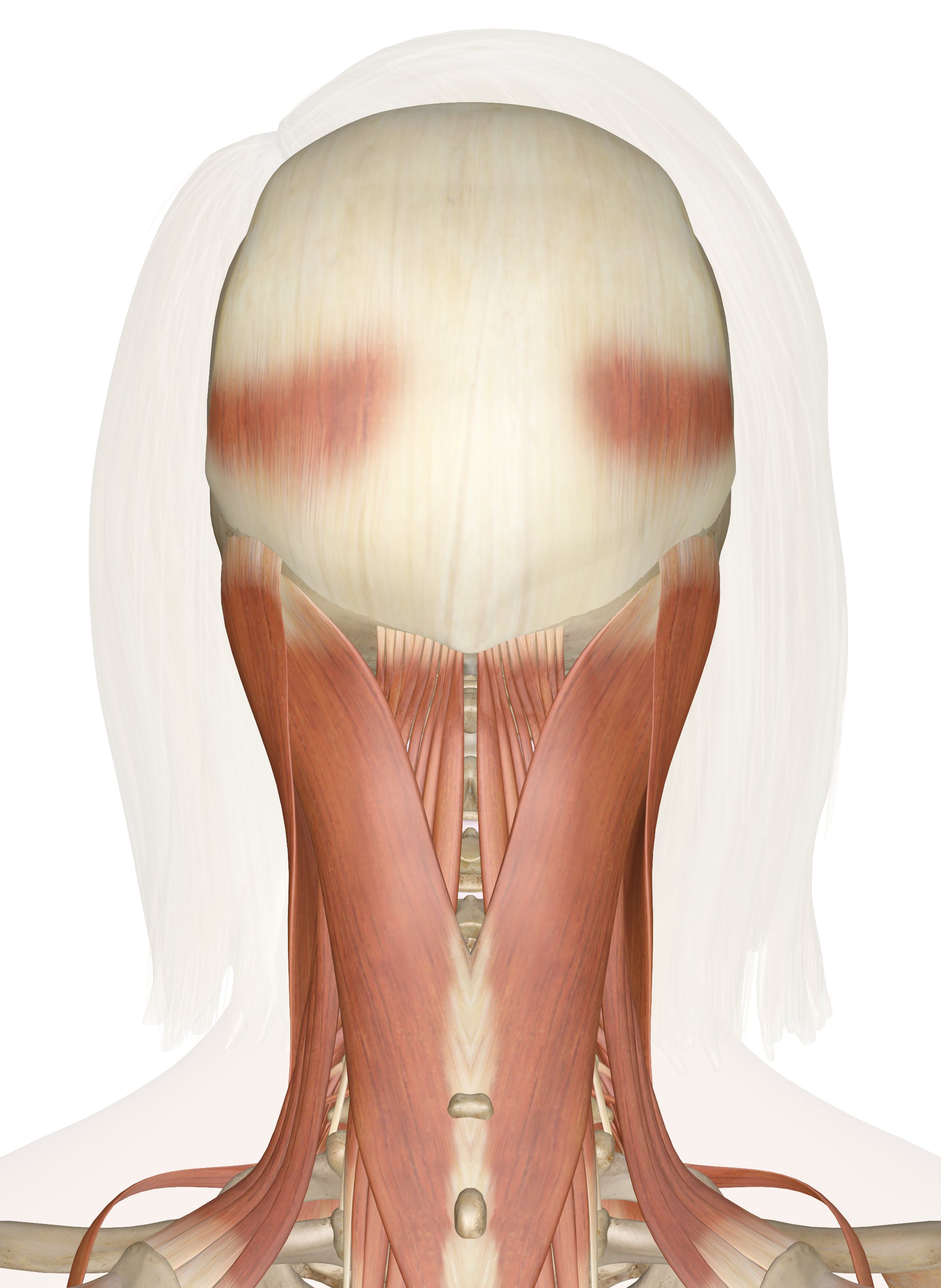 Continued From Above... These muscles, including the zygomaticus major and orbicularis oris, pull on the skin to produce a seemingly infinite number of facial expressions and to move the lips and cheeks during speech and eating.

Producing the body’s ability to close the mouth, bite, and chew food, the muscles of mastication move the mandible relative to the rest of the skull. These muscles, including the masseter and temporalis, elevate the jaw forcefully during chewing and gently during speech.

An extensive complement of tightly interlaced muscles allows the tongue a range of complex movements for chewing and swallowing, as well as the important function of producing speech. Of these, four extrinsic muscle sets (connecting the tongue to the surrounding bones) move the tongue in virtually any direction, with fine shape changes (such as for speech) the province of the four intrinsic tongue muscles.

As for the eye, six extrinsic eye muscles provide superior, inferior, lateral, and medial motion, as well as rotation of the eyeball. These muscles produce extremely fine movements almost constantly throughout the day with tremendous speed and accuracy. Located inside the eye, the intrinsic eye muscles work tirelessly to dilate the pupils and focus the lens of the eye to produce clear vision.

Even the middle ear takes part in the muscular system of the head and neck. In fact, the smallest muscle of the skeleton is the stapedius, which measures around 1 millimeter (one twentieth of an inch) in length. The muscles of the middle ear contract to dampen the amplitude of vibrations from the eardrum to the inner ear.

The neck muscles, including the sternocleidomastoid and the trapezius, are responsible for the gross motor movement in the muscular system of the head and neck. They move the head in every direction, pulling the skull and jaw towards the shoulders, spine, and scapula. Working in pairs on the left and right sides of the body, these muscles control the flexion and extension of the head and neck. Working individually, these muscles rotate the head or flex the neck laterally to the left or right. Neck muscles contract to adjust the posture of the head throughout the course of a day and have some of the greatest endurance of any muscles in the body.