Blood Supply to the Kidneys

Providing a constant supply of oxygenated blood to the kidneys is one of the most vital functions of the circulatory system. Despite their relatively small size, the kidneys receive about 20% of the heart’s blood output for filtration. The kidneys’ function is dependent on a constant blood supply, so interruptions in the blood flow to the kidneys may result in tissue death and loss of kidney function.

Oxygenated blood pumped by the heart passes through the aorta on its way to the kidneys. Continue Scrolling To Read More Below... 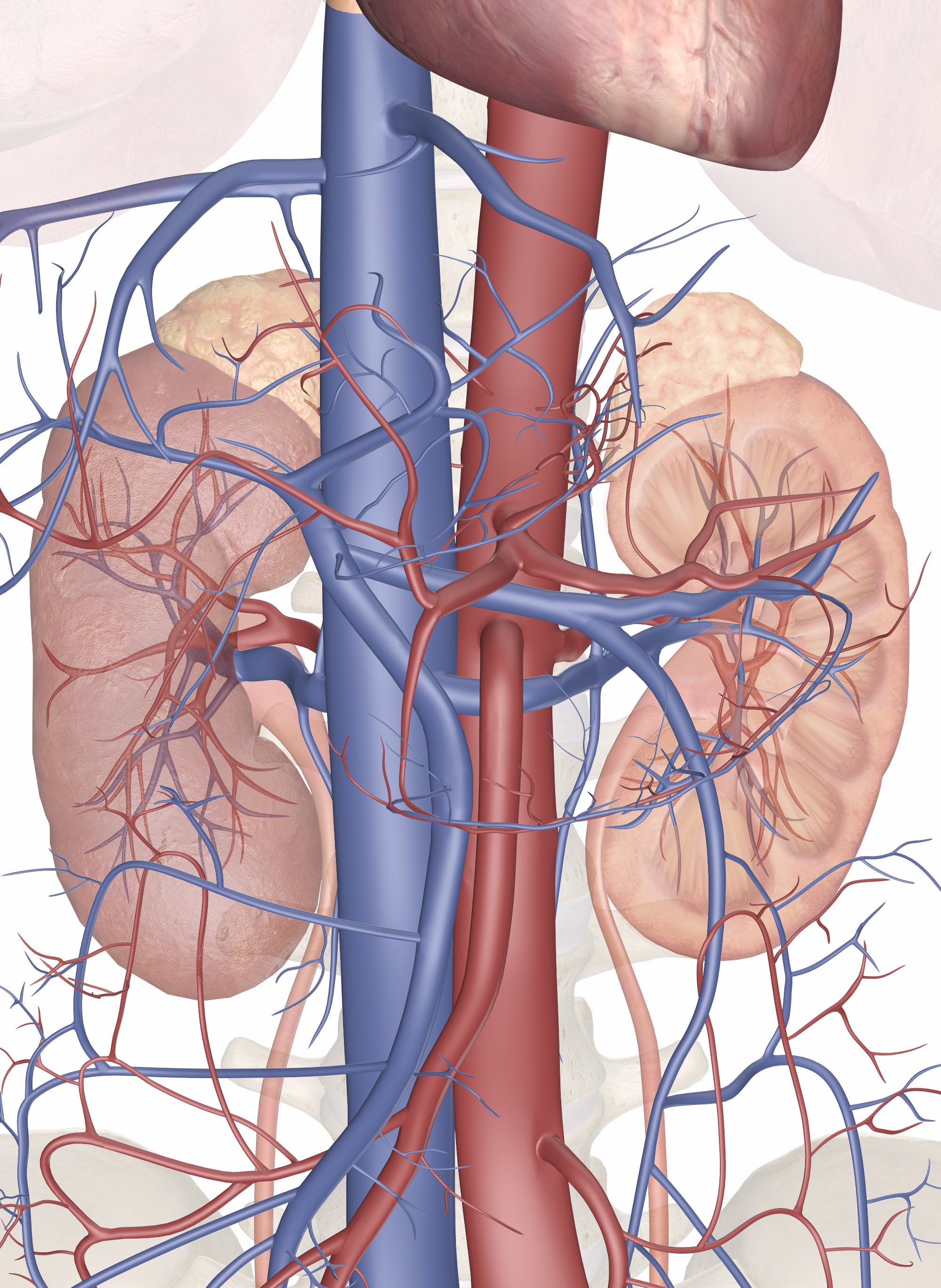 Continued From Above... In the abdomen, the renal arteries branch from the abdominal aorta inferior to the superior mesenteric artery and extend laterally toward the kidneys. Just before reaching the kidney, each renal artery divides into five segmental arteries, which provide blood to the various regions of the kidney. Each segmental artery enters the hilus of the kidney and divides into several interlobar arteries, which pass through the renal columns between the renal pyramids and carry blood toward the exterior of the kidney. At the junction between the renal cortex and renal medulla, the interlobar arteries form the arcuate arteries, which turn to follow the contours of the renal pyramids. From the arcuate arteries several branches, known as interlobular arteries, separate at right angles and extend through the renal cortex toward the exterior of the kidney. Each interlobular artery forms several afferent arterioles, which end in a bed of capillaries known as glomeruli where blood is filtered to form urine.

Kidney function is highly dependent upon sufficient blood pressure in the glomeruli. The arteries and arterioles that provide blood flow to the kidneys must maintain sufficient blood flow to keep the tissues of the kidneys alive and also maintain sufficient blood pressure to allow wastes to be separated from the blood. Interruption of the blood flow through one of the segmental arteries or their branches results in kidney infarction, where kidney tissue dies and ceases to function. Interruption of the blood flow to the entire kidney results in kidney failure. While it is possible to survive with only one functional kidney, loss of both kidneys requires dialysis or a kidney transplant to filter wastes from the blood.