Blood Supply to the Intestines

The blood supply to the intestines involves three major arteries and many smaller arteries, which fan out throughout the abdominal region. These arteries work together to supply the intestines with a vital supply of oxygenated blood. Continue Scrolling To Read More Below... 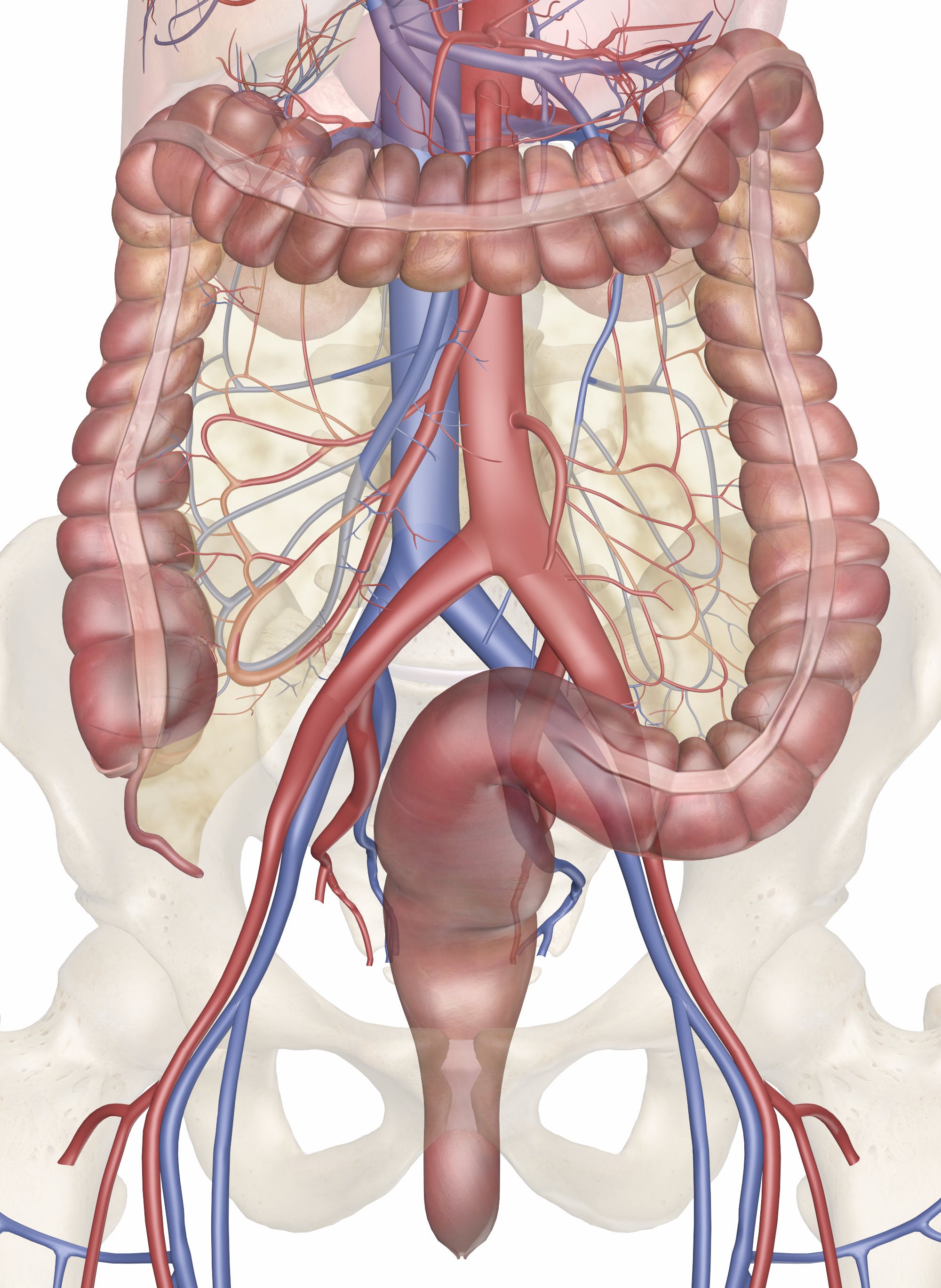 The superior mesenteric artery branches from the abdominal aorta inferior to the celiac trunk and provides oxygenated blood to most of the small intestine and the proximal large intestine. It forms five major branches to provide blood flow to many feet of intestines.

Many anastomoses, or communicating openings, form between the various arteries that provide blood to the intestines. These structures serve to prevent interruptions of blood flow to the intestines. For example, the right, middle, and left colic arteries form anastomoses to ensure the continuous flow of blood to the large intestine in the case of one of these arteries becoming blocked. Interruption of arterial blood flow quickly leads to tissue death in the intestines, a potentially fatal condition if not quickly detected and treated.