Muscle tissue, one of the four major tissue types, plays the vital role of providing movement and heat generation to the organs of the body. Within muscle tissue are three distinct groups of tissues: skeletal muscle, cardiac muscle, and smooth muscle. Each of these tissue groups is made of specialized cells that give the tissue its unique properties. Continue Scrolling To Read More Below... 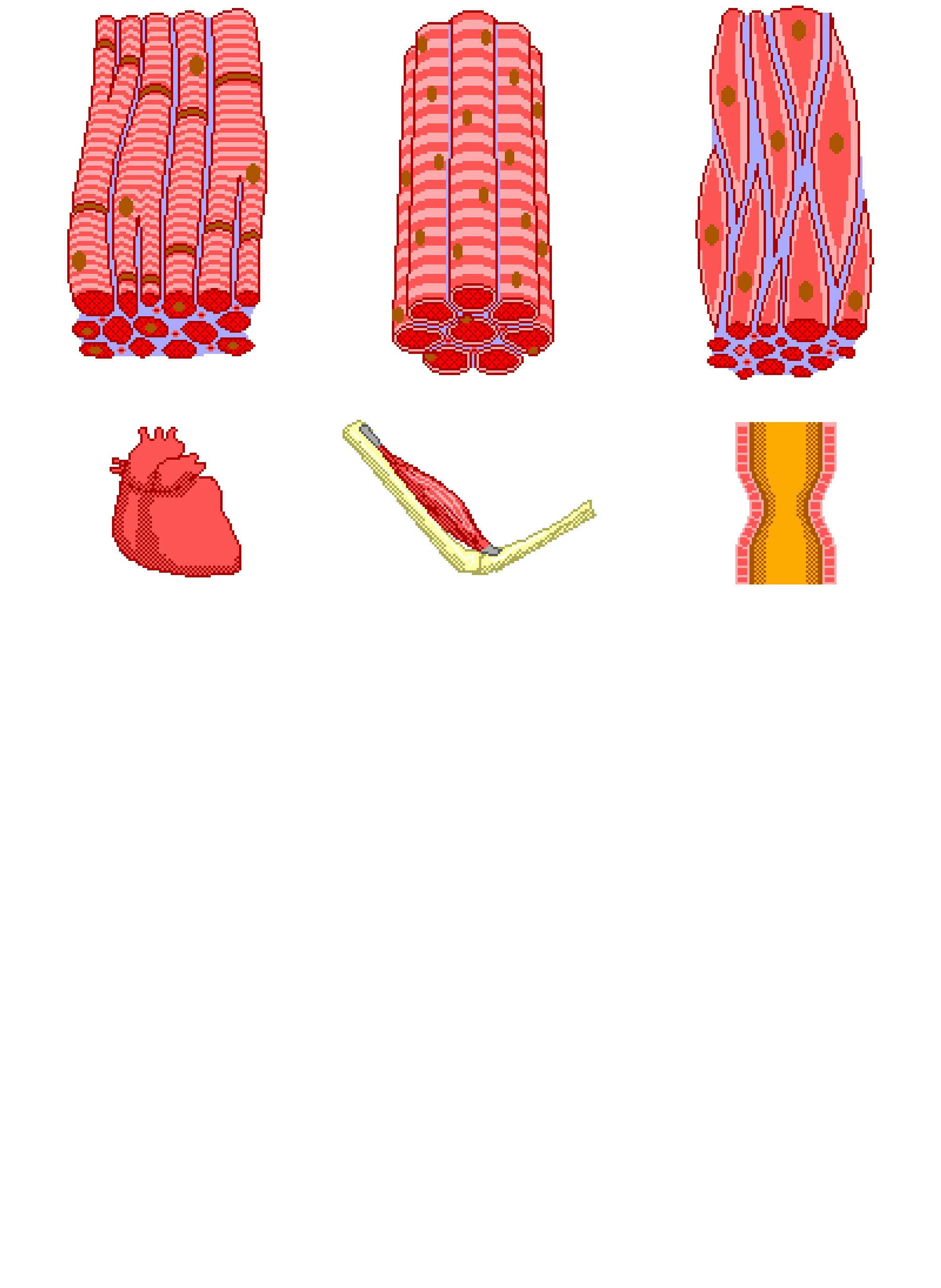 Skeletal muscle is the most common and widely distributed muscle tissue in the body, making up around 40% of the body’s total mass. It forms all of the skeletal muscles, such as the biceps brachii and gluteus maximus, and is found in the eyes, throat, diaphragm, and anus. Four characteristics define skeletal muscle tissue cells: they are voluntary, striated, not branched, and multinucleated.

The structure of skeletal muscle cells also makes them unique among muscle tissues. Skeletal muscle cells develop from the fusion of many smaller cells during fetal development, resulting in long, straight muscle fibers that contain many nuclei. When viewed under the microscope, skeletal muscle cells appear to have a striped, or striated, pattern of light and dark regions. These stripes are caused by the regular arrangement of actin and myosin proteins within the cells into structures known as myofibrils. Myofibrils are responsible for the skeletal muscles’ great strength and ability to pull with incredible force and propel the body.

Cardiac muscle cells are found only in the heart, and are specialized to pump blood powerfully and efficiently throughout our entire lifetime. Four characteristics define cardiac muscle tissue cells: they are involuntary and intrinsically controlled, striated, branched, and single nucleated.

Cardiac muscle is considered to be an involuntary tissue because it is controlled unconsciously by regions of the brain stem and hypothalamus. It is also considered to be an intrinsic, or self-controlled, tissue because the normal cardiac rhythm is set by specialized pacemaker cardiac muscle cells in the heart itself. The cells of cardiac muscle tissue are shorter than skeletal muscle tissue and form a network of many branches between the cells. Intercalated disks of overlapping cell membrane form between the cardiac muscle cells to lock them together tightly and allow the quick passage of electrochemical signals between cells. The cells do not fuse during development, leaving each cell with a single nucleus. One commonality between skeletal and cardiac muscle is the presence of striations due to the arrangement of actin and myosin into regular myofibrils. The presence of myofibrils and many mitochondria in cardiac muscle cells provides them with great strength and endurance to pump blood throughout an entire lifetime.

Visceral muscle cells are found in the organs, blood vessels, and bronchioles of the body to move substances throughout the body. Visceral muscles are also commonly known as smooth muscle due to their lack of striations. Four characteristics define smooth muscle tissue cells: they are involuntarily controlled, not striated, not branched, and singly nucleated.