The inguinal ligament is an important connective tissue structure in the inguinal, or groin, region of the human body. It supports soft tissues in the groin as well as the external abdominal oblique muscle.

The inguinal ligament is a narrow band of dense regular fibrous connective tissue in the pelvic region of the body. Its collagen fibers arise from the inferior aponeurosis of the external abdominal oblique and run obliquely across the pelvis. Continue Scrolling To Read More Below... 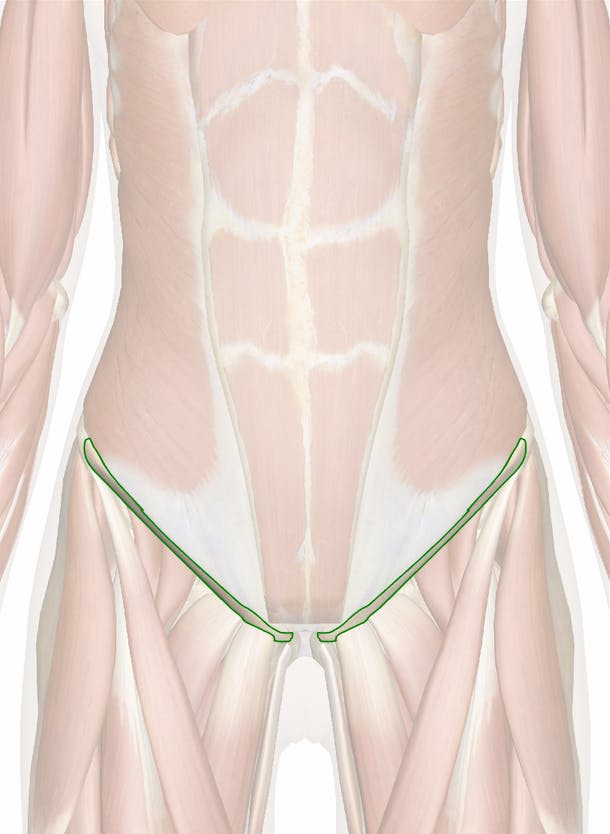 Continued From Above... On its superior and lateral end it connects to the anterior iliac spine of the ilium and extends to the pubic tubercle of the pubis bone on its inferior and medial end.

The inguinal ligament supports the muscles that run inferior to its fibers, including the iliopsoas and pectineus muscles of the hip. It also supports the nerves and blood vessels of the leg as they pass through the groin, including the femoral artery, femoral vein, and femoral nerve. The support provided by the inguinal ligament is important to maintaining the flexibility of the hip region while allowing vital blood and nerve supply to the leg.