The cecum is a short, pouch-like region of the large intestine between the ascending colon and vermiform appendix. It is located in the lower right quadrant of the abdominal cavity inferior and lateral to the ileum. Continue Scrolling To Read More Below... 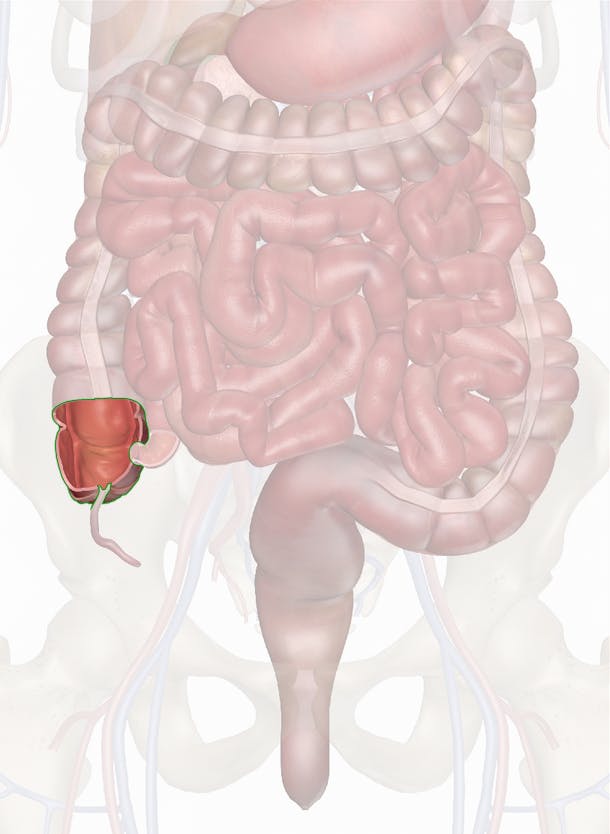 The cecum consists of four distinct tissue layers that work together to achieve the organ’s function.

The cecum plays an important role in the digestive system by assisting in the formation of feces. Partially digested food, known as chyme, passes through the small intestine where it is digested and most of its nutrients are absorbed. The ileocecal sphincter at the end of the small intestine opens and closes to allow small amounts of chyme to enter the cecum at the beginning of the large intestine. Chyme is next mixed with bacteria by contractions in the walls of the cecum, before being pushed upward into the ascending colon.