The pulmonary trunk is a large artery superior to the right ventricle of the heart and anterior to the aorta. It is widest where it divides into the pulmonary arteries, measuring about 1 inch (2.6 cm) in diameter. Continue Scrolling To Read More Below... 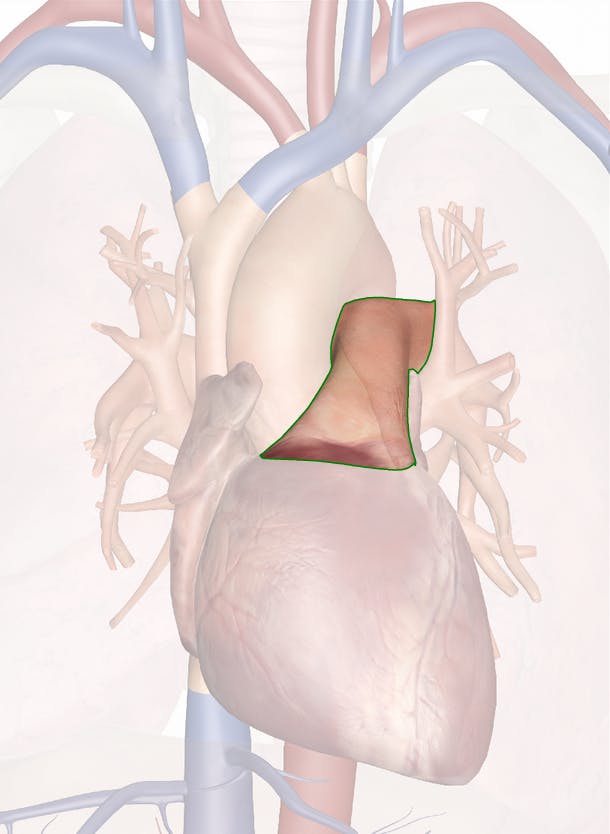 The walls of the pulmonary trunk are extremely thick to withstand the high pressure exerted by blood as it exits the heart. The innermost layer of the arterial wall is the tunica intima, which forms the internal lining of the vessel and is made of endothelium. Endothelium is a layer of simple squamous epithelium that prevents blood cells from sticking to the blood vessel. Surrounding the tunica intima is the thick tunica media that contains smooth muscle and elastic tissues. Smooth muscle in the tunica media contracts to resist the pressure of blood pushing on the arterial walls while elastic tissue gives the arterial wall the ability to stretch under pressure and return to its original size between heart beats. Finally, the tunica externa forms the outermost layer of the pulmonary trunk. Many strong collagen fibers in the tunica externa give strength to the arterial wall and help to anchor it to the surrounding tissues.

During the systole (or contraction) of the heart, the walls of the pulmonary trunk stretch because of the extreme blood pressure exerted by the heart. At the end of systole, the blood pressure decreases and the elastic walls of the pulmonary trunk recoil and decrease the diameter of the artery. The elastic recoil helps to continue to pump blood towards the lungs while the heart is preparing for the next round of systole.