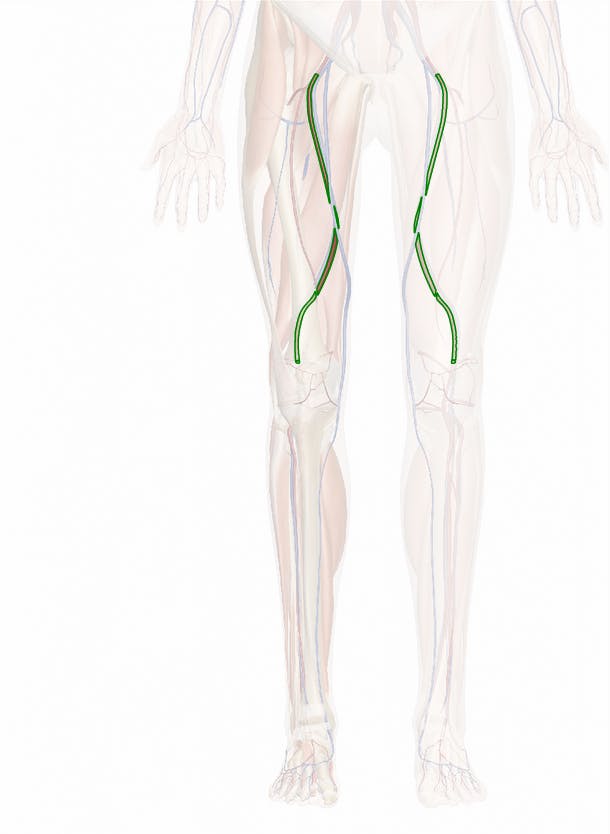 Looking at the femoral artery in cross-section, it is made of several distinct tissue layers that help it to deliver blood to the tissues of the leg. The innermost layer, known as the endothelium or tunica intima, is made of thin, simple squamous epithelium that holds the blood inside the hollow lumen of the blood vessel and prevents platelets from sticking to the surface and forming blood clots. Surrounding the tunica intima is a thicker middle layer of connective tissues known as the tunica media. The tunica media contains many elastic and collagen fibers that give the femoral artery its strength and elasticity to withstand the force of blood pressure inside the vessel. Visceral muscle in the tunica media may contract or relax to help regulate the amount of blood flow. Finally, the tunica externa is the outermost layer of the femoral artery that contains many collagen fibers to reinforce the artery and anchor it to the surrounding tissues so that it remains stationary.